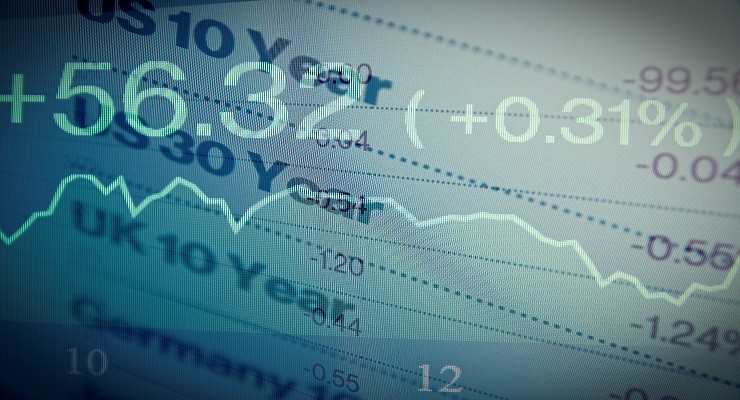 Towards a flexible normalisation

This is an uncomfortable position for the ECB, with current inflation well above its 2% target on the one hand, and growth weakened by geopolitical uncertainty and the consequences of sanctions against Russia on the other. Faced with this dilemma, the ECB has chosen to prioritise the fight against inflation.

Rate hike: September is not ruled out, but December seems more plausible given that it is only towards the end of the year that we should see inflation translate into wage increases.

More caution but no backtracking: the Fed should maintain its roadmap to normalise its monetary policy while showing that is agile and cautious given the uncertain geopolitical context and the mild tensions in the money market.

Our view: we are maintaining our cautious scenario of a 0.25% rise in policy rates in March, a total of 4 rate hikes this year and 4 next year. The reduction of the balance sheet is expected to be announced in June and should start in July.

Enthusiasm disappears: The probability of a 0.50% rate hike in March has fallen from around 100% to 0% following the military conflict. However, the number of rate hikes expected by the market has dropped from 7 to 5, before returning to 7 with the release of February inflation (7.9%).

Financial conditions have already begun to tighten with the widening of credit spreads and the fall in equity markets, while the Fed has not yet raised its policy rate or stopped purchasing bonds.

The military conflict triggered a strong risk aversion movement at the end of February, with long-term interest rates falling sharply. Yet, the move was fairly short-lived. Nominal rates have now returned to their pre-conflict levels. However, the internal dynamics have changed as real rates have collapsed while inflation expectations have soared, as wars are generally inflationary.

As a result, we have increased our German 12-month and US long-term yield targets by 0.25% to reflect the fact that inflation will stay higher for longer. We expect bond yields to continue to rise as monetary policy normalisation takes place. We are negative on long-dated US and German government bonds.

During this troubled period, short-dated US government bonds can be seen as an alternative. We have turned positive on this segment. Note that there is a currency risk for investors who are not based in dollars.

Government bonds have been playing  their safe-haven role in the wake of the military conflict. Interest rates have fallen sharply. They should rise again as inflation will remain higher for longer. During this troubled period, short-dated US government bonds can be seen as an alternative.

Investment ideas during this troubled period

We have turned positive on US government bonds in the short term. They are a safe haven against geopolitical tensions due to their characteristics: safe, liquid and short term. They offer a yield of 1.7%. We see limited interest rate risk as the market anticipates an aggressive Fed rate hike cycle despite the highly uncertain geopolitical environment. Investors whose base currency is not the US dollar are exposed to currency risk.

We also like bonds with indexed coupons, such as inflation-indexed coupons in countries where inflation risk is particularly high and the labour market is tight, as in the United States and the United Kingdom. Alternatively US floating-rate bonds for defensive investors, as prices are generally very stable and the coupon adjusts to reflect short-term interest rate increases.

Turning to corporate bonds, the expected normalisation of monetary policy had already led to a widening of credit spreads at the end of last year. This movement has since intensified with the geopolitical tensions. Corporate bond yields are now attractive, even for short maturities (see chart). However, this is more tactical than strategic as the credit cycle is already well advanced.

For investors able to withstand volatility, emerging market bonds were already discounted before the military conflict and are even more so now. Russian bonds have lost nearly 90% of their value since the beginning of the year and are the biggest contributor to the poor performance of emerging market indices. However, there is only limited contagion to other emerging market bonds (see chart). Meanwhile fund/ETF flows are not showing any panic movements.  Most emerging markets will benefit from the boom in commodity prices.

In this period of risk aversion and the beginning of a normalisation of monetary policies by major central banks in developed countries, we believe that short-term US government bonds, bonds with indexed coupons, corporate bonds and emerging market bonds offer opportunities.