The Fed is redefining its inflation target. The direct consequence is that it won't raise the fed funds rates for the foreseeable future and that will benefit risky assets. 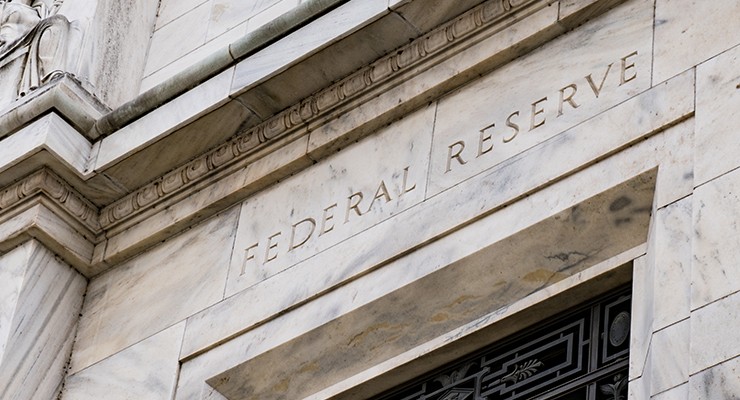 Can the average change the game?

Credit spreads have tightened sharply and have almost returned to their pre-Covid levels on the major asset classes, despite the deterioration of corporate financial profiles.

The rise in breakeven inflation rates hides more a willingness to buy cheap protection and a lack of liquidity in the asset class than a real fear of a return of inflation.

We maintain a positive view on periphery bonds in the eurozone as well as on Investment Grade corporate bonds. We are also positive on short-term US sovereign bonds and emerging market bonds in local currency.

For years, the ECB has been missing its inflation target of "close but below 2%". The gap is consequent, which led them to say last year that they will tolerate inflation slightly above 2% in the future ("symmetry" in the jargon). It is actually a model similar to the Fed's new model (average inflation over a period of time) but less dovish.

•       The Fed has redefined its objectives: to target an average inflation rate of 2% over a certain period of time (compared to 2% per year previously) and to contribute to full employment for all categories of the population. In concrete terms, this means that they will not raise the Fed funds rates when inflation exceeds 2%. Rates will therefore remain low for the foreseeable future.

•       For the moment, the Fed is not thinking of moving to a policy of controlling the yield curve. It fears that this would cause its balance sheet to swell too much. Indeed, the Fed would then find itself buying bonds in potentially significant proportions to anchor its target interest rate(s) at a given level. For the time being, it is tempering upward interest rate movements through its asset purchase program.

•       The Fed may clarify its new regime at the September meeting and make it clear that it will rely on historical rather than projected inflation data in the future.

•       Deflation hit 12 of the 19 countries in the euro zone in August (-0.2% for the euro zone). In addition, the rise of the euro weighs on inflation expectations. The ECB will have to tackle those issues and reassure the markets about its ability to reach its annual inflation target "close but below 2%".

•       The ECB should therefore maintain a very accommodating policy and expand its asset purchase program before the end of the year. We do not believe that it will lower its already negative key interest rate, as this could prove counterproductive given the impacts on the banking system and household savings in particular.

•       We expect the slight increase in long-term bond yields to continue. The expected improvement in the economy, a treatment or even a vaccine for Covid and the massive amount of upcoming sovereign issuances (with long maturities) pleads for slightly higher long-term bond yields. Central banks will be careful to moderate the rise. The latest long-term US Treasury issues were not very successful, as investors demanded higher rates.

•       Short-term yields are expected to remain at current levels for a long time as neither the Fed nor the ECB will raise their policy rates in the coming quarters/years.

•       10-year breakeven inflation rates (difference between the yield of a conventional bond and the yield of an inflation-indexed bond) rose sharply from an extremely low level in March (0.50% in the United States and -1.07% in Germany) to 1.76% and 0.81% respectively. This reflects investors’ sentiment that inflation will rise again, which makes sense given the billions poured by central banks since March, led by the Fed. Investors have been buying inflation-linked bonds as a cheap hedge against this risk.

•       The rise in the price of US inflation-indexed bonds (TIPS) is also the result of the lack of liquidity in this asset class, so upward movements are amplified. Some models suggest that if we remove the liquidity premium, we would not see any inflationary pressure embedded in the expectations markets.

•       Inflation surprised to the upside in July in the United States and the eurozone. This move should not be over extrapolated, in our view. Fundamental factors, such as the extent of the unemployment gap, point to downward pressures on prices and, as such, we would not read the July rise in inflation as the start of a trend. Inflation in August actually declined.

•       The breakeven inflation rate in the United States could rise a little more to close to 2% to better reflect the new Fed regime.

•       If real yields were to rise in the wake of expected bond issuances, this would have a negative impact on the prices of inflation-indexed bonds.

•       We prefer to remain neutral on this asset class. Inflation-indexed bonds can be part of a diversified portfolio, but investors who want to hedge against inflation (especially in the United States) should prefer floating rate bonds or funds that actively manage duration.