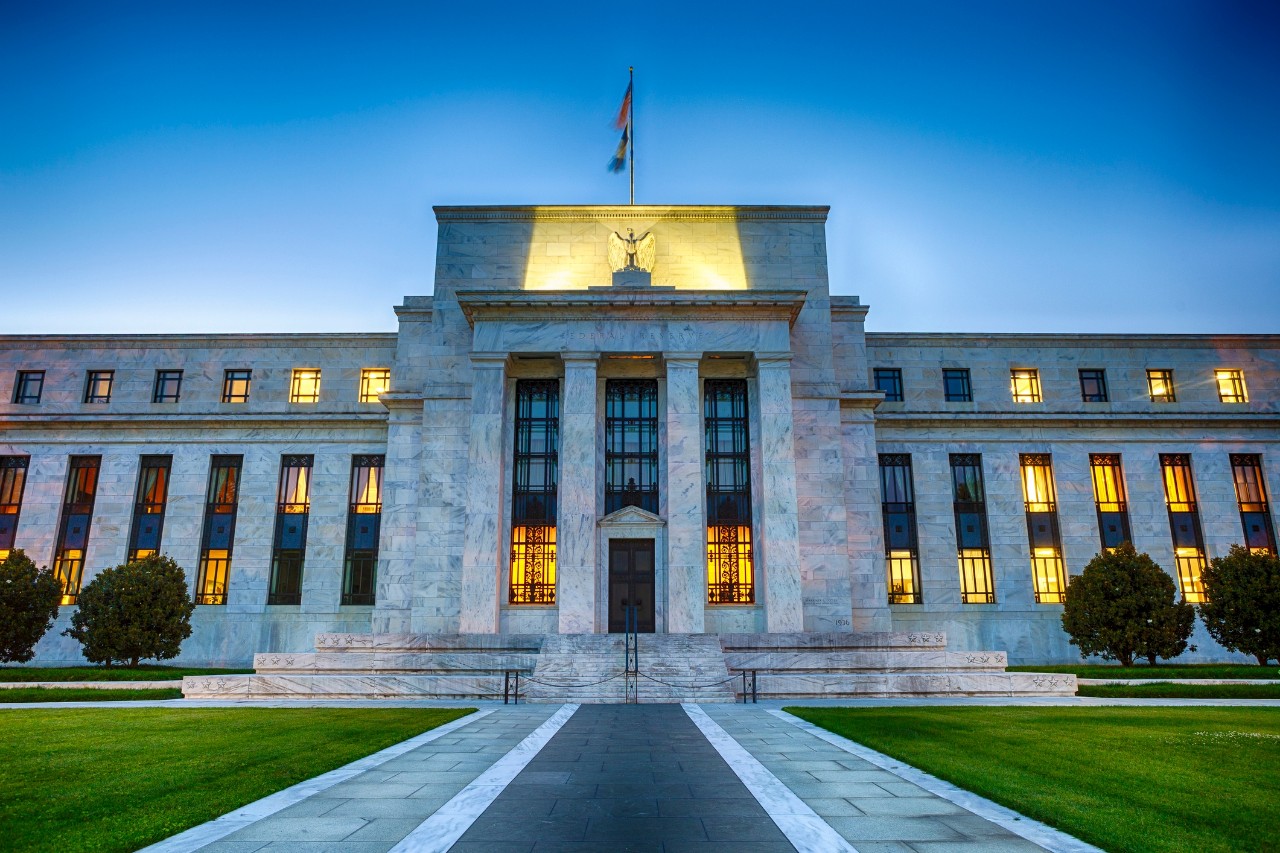 · Long-term rates have risen in recent months. The movement has been global and central bankers have not given a concerted response.

· The markets now expect the US Federal Reserve to raise its key interest rate for the first time in early 2023, which we believe is overdone.

· Long-term Treasury rates could rise further in March. We maintain a negative view on long- term sovereign rates for the time being. The Federal Reserve’s meeting on 17 March will be decisive.

We assume the Federal Reserve will strongly reduce market expectations about the date of the next rate hike. We keep our 10-year rate target at 1.40% in the US and at -0.25% in Germany on a 12-month horizon.

We assume the Federal Reserve will strongly reduce market expectations about the date of the next rate hike. We keep our 10-year rate target at 1.40% in the US and at -0.25% in Germany on a 12-month horizon

up at between 0.50% and 0.75% for many developed countries. It was not so much the magnitude of the movement that surprised, but the speed.

Long-term rates have risen sharply in recent months and are up at between 0.50% and 0.75% for many developed countries. It was not so much the magnitude of the movement that surprised, but the speed.

The movement has been global. Only two countries in the world have seen their 10-year benchmark rate fall (slightly) since 1 January: Vietnam and Bulgaria.

No concerted response from central bankers. For the Federal Reserve, the rise in long bond yields reflects the robustness of the US growth outlook. Conversely, the central banks of South Korea and Australia, among other, have resumed their bond purchases. As for the European Central Bank, its main members are concerned about (and have communicated on) the rising cost of borrowing.

The rise in long bond yields started in the US. It is a direct consequence of fiscal plans, expectations of an economic recovery, and the prospect that the Federal Reserve may slow the pace of its asset purchases sooner than expected (tapering).

Tapering caused the bond markets to rout in 2013. The 10-year rate had soared 1.3% in the space of four months (taper tantrumtantrum). In comparison, so far there has been half a tantrum (no tapering has been announced, on the contrary) with a 0.6% rise over the last four months.

The fiscal package that is expected to be voted on this month will certainly be close to $1,900 billion, almost three times the output gap (difference between real and theoretical GDP if all factors of production are used). Let's remember that a fiscal plan was already voted on 3 months ago, amounting to $900 billion. The two plans combined account for almost 15% of GDP, which is sizeable. In addition, the targeting of some measures (such as cheques sent to households) is not very precise. Thus, according to some estimates, only 40% of the cheques sent to American households have been rechannelled into the real economy, the rest have gone into savings accounts or invested in the financial markets. In short, investors are worried about the risk of inflation.

The efficacy of the Johnson & Johnson vaccine against Coronavirus variants accelerated the upward movement in long rates.

Added to this was the relative lack of interest in the 7-year US Treasury issue, and in particularly, the low par-ticipation of foreign investors.

Breakdown of the nominal rate

The rise was initially relatively slow and gradual, driven by a higher inflation outlook. That is not bad! And this is what central banks have been working to do for years through asset purchase programmes.

Then, the rise continued towards the middle of February with a sharp increase in real rates (rates less expected inflation) while inflation expectations fell. This second phase is problematic because it makes financial conditions more restrictive and forces investors to reassess the risk of a rise in key interest rates.

This is what financial markets (via futures markets) show. They now expect the Federal Reserve to raise interest rates for the first time, not in 2024, but in early 2023. And they expect two more rate hikes in 2024. This seems overdone to us as Powell has reiterated several times that tapering and raising policy rates are not at all on the cards for the Federal Reserve.  Perhaps the Federal Reserve's meeting on 16-17 March will bring fresh information.

The 10-year Treasury yield has moved closer to the S&P500's dividend yield (1.5%). So if rates rise more, the famous "TINA", There Is No Alternative (to equity markets) will be less and less true and we could see flows going out of equities and into bond markets.

Bond yields have become slightly more attractive once again. They have triggered the return of foreign investors, the Japanese in particular, who are traditionally large buyers of US Treasuries, from 1.33%.

So, in the very short term, the upward movement is likely to fade. However, the risk of a further temporary rise remains high, particularly in the US where many Treasury bond issues are expected (starting with a 10-year issue on 10 March), in the region of $400 billion in March while the Federal Reserve is buying only $80 billion as part of its asset purchase programme. Will the market absorb the surplus at current rate levels? Will foreign investors make a comeback or will they prefer to wait for a drop in volatility first? Volatility is currently high and the bid-ask spread (between buying and selling Treasuries) has widened, a sign that liquidity has diminished.

As such, we prefer to maintain a negative bias on long-dated bonds for the time being.

While the Federal Reserve has remained relatively silent on the rate hike, we do not believe it is insensitive to it. The American economy is sensitive to interest rates because of its high level of debt and its real estate sector. It will not accept an overly-rapid tightening of monetary conditions.  As a result, we think the Fed members' projections (to be announced on 17 March) to be much more cautious or even contradict what the markets expect from tapering and policy rate hikes. As a result, we keep our 1-year target at 1.40% for the 10-year Treasury rate.

As far as the euro area is concerned, the GDP-weighted 10-year rate in euro area countries has returned to positive territory after an increase of 0.25% since 1 January. It currently trades at 0.05%. The ECB had stressed in the past the importance of this rate being negative to support the economic recovery. Having a negative 10-year rate for the eurozone implies that the German 10-year rate remains below -0.25%, assuming that spreads between eurozone countries remain more or less at current levels - something the ECB's asset purchase programme is working to do successfully. Also, we maintain our 12-month target at -0.25% for the German 10-year rate.

What will we watch?

The evolution of the job market is certainly the top priority for the Federal Reserve. A substantial improvement, both in quantitative and qualitative terms, would pave the way for a less lax monetary policy. One indicator to follow is the NFIB (National Federation of Independent Business) survey and particularly for “hard to fill jobs”, as well as statistics on the number of people working part time but wanting to work full time. Initial jobless claims are also key because they are available weekly.

Inflation also forms part of the Federal Reserve’s mandate and greatly influences long-term rates. We will watch consumer expectations of inflation (University of Michigan survey) as a sharp rise generates an impact on wage negotiations and can have a self-fulfilling element. The latest data show a relatively moderate rise.

The new Federal Reserve rate projections (to be released on 17 March) will also be key.