After the US election, the dollar suffered from a gradual return of risk appetite. Then, encouraging news on effective vaccines supported market sentiment and the prospect of a strong economic recovery. 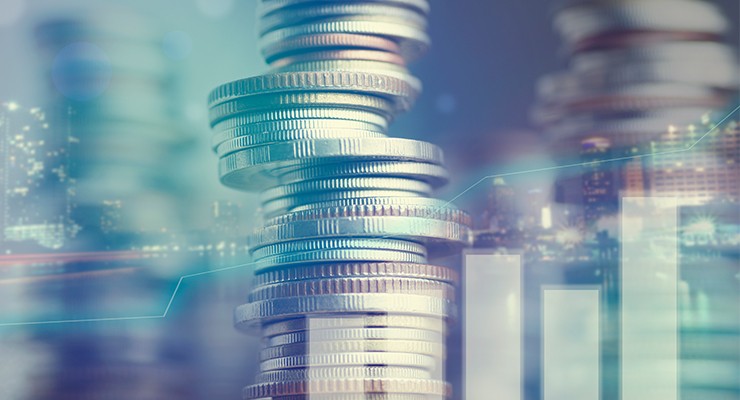 The euro made a strong quite broad come back. Commodity currencies were also in strong demand. We see more upside for the euro and revised our 3 and 12-month targets for the EURUSD to 1.18 and 1.25 (value of one euro) respectively. We also revised our targets for the Chinese currency and see sustained strength. The new targets are 6.60 and 6.50 (value of one dollar) for the 3- and 12-month horizon.  Commodity currencies surged in November, led by the New Zealand dollar. The NZD and the Australian dollar made a spectacular come back and gained around 5% in November against the greenback. They record a positive performance against the USD this year and hit levels seen in summer 2018. The trend has been similar for the Canadian dollar.  We thus keep our 3-month targets unchanged for the AUDUSD and the USDCAD but revised up our NZDUSD target to 0.69 (from 0.66). We revised up our 12-month target for the NZDUSD to 0.71 (instead of 0.66). Regarding the CAD, we think that the positive outlook for oil prices and expected closer trade relations with the US will give an additional impulse to the loonie. We revised our USDCAD target to 1.29 (stronger CAD) over the next 12 months.

Encouraging news on effective vaccines supported market optimism on the prospect of a strong economic recovery in 2021. Although the news-flow could have been overstated by markets as uncertainties persist, the improved environment should prove supportive for the euro. Given the recent impulsive move, we do not see a major upside for the euro short-term. The dollar should rebound a bit. We revised our target to 1.18 (from our previous forecast 1.16) for the next 3 months.

We keep thinking the euro has further appreciation potential over the coming year. The Fed’s shift to targeting an average inflation thus allowing periods of overshoot is likely to push up inflation expectations, even as Fed purchases and forward guidance continue to cap nominal yields. The resulting decline in real yields and yield differential is supportive for risk sentiment and consistent with a continued depreciation of the USD. The US fiscal plan expected by next year will widen the current account deficit which is already high, and this should be a further negative driver for the USD. We continue to see a weaker dollar over the next 12 months as we expect the EURUSD trading at 1.25 (1.22 was the previous target).

The UK EU trade negation outcome remains highly uncertain at this stage (December 10). We expect either a deadline postponement or an agreement. While the deal may be relatively minimalistic, we believe that such an outcome would be supportive for the GBP even beyond our current targets of 0.88 for the EURGBP. As the pandemic had a pronounced effect on the UK via services, we think the expected recovery should be supportive for the currency even if we see the deal postponed.

Given the renewed lockdown and the risk of further economic weakness, the Bank of England announced another GBP 150 bn in asset purchases at its November meeting, and announced that it is intending not to tighten monetary policy “at least until there is clear evidence that significant progress is being made in eliminating spare capacity and achieving the 2 targets sustainably”.

Assuming a UK-EU minimalistic trade deal is reached or a deadline postponement, and an economic recovery, we continue to forecast EURGBP at 0.88 both for both 3-  and 12- month.

Unemployment remained at 3.2% in October, showing that the labour market is tight despite the Covid.  Inflationary pressures remained moderate with CPI inflation at 0% in October (compared to September).  The SNB continues to favor foreign exchange market interventions over further rate cuts; however, the current key rate of ˗ 75 bp should not prevent rate cuts if the SNB decides to change its reaction function.

Switzerland's basic balance of payments deteriorated to 5% in Q2 2020, driven by foreign direct investment outflows and portfolio investment returns.  However, the current account surplus has further narrowed and remains the largest in the G10.

The Japanese yen was relatively unchanged in recent weeks despite high volatility. We think that the JPY does not have further appreciation potential in the short term and should trade around current levels over the next 3 months. We thus revised our target to 104 (from previously 106) as we do not expect the dollar strength to resume.

On the monetary front, the central bank should keep its policy rate unchanged. Also, the Japanese strategy against the virus showed positive results so far, avoiding a total lockdown. However, the recent acceleration of the spread of the virus in Japan remains a downside risk. Near term, our bearish view on the USD will be the main catalyst of the USDJPY downward trend. The anticipated weakness of the USD should drive the USDJPY to 102 over the next 12 months. Against the euro, we expect 128.

In the short term, NOK's bearish year-end seasonality, lower liquidity and the possibility that Norges Bank will stop selling foreign exchange could cap NOK's gains. However, next year, the NOK should benefit from the launch of the vaccine as the currency underperformed during the Covid crisis. This currency has the highest sensitivity to reflationary expectations in the G10.

NOK purchases from Norges Bank are expected to continue at a high rate of NOK 1.4 billion per day in 2021 to finance the budget deficit. Norges Bank appears to be less responsive than most G10 central banks. The board seems to be opposed to negative rates and, due to a lack of domestic assets, quantitative easing is not a viable option in Norway.

Norway's extended basic balance of payments (BBBoP) improved to -5.42% in the Q2 of 2014 due to slower foreign direct investment inflows and portfolio outflows.

We expect the currency to appreciate against the euro. The EURNOK (value of one euro) is expected to appreciate to 10.10 by the end of 2021.

Third quarter activity data in Sweden was strong, which likely contributed to the resilience of the Swedish krona. However, in view of low inflationary pressures and new monetary policy restrictions in Sweden, the Riksbank increased the size of its quantitative easing program by SEK 200 billion and extended its duration until the end of 2021.

The risks associated with the currency are stronger, as the Swedish government has taken tougher measures to deal with the increasing number of Covid-19 cases and the ongoing QE could weigh on the currency. In addition, Sweden also has a comparatively smaller service sector than many other G10 economies, and thus should benefit less from a vaccine-induced recovery.

We see the risks tilted to the downside and keep our 3-month target unchanged at 10.50. Over the next 12 months, the monetary downside risk should prevent the SEK from appreciating despite the improved environment and we keep the EURSEK target around 10.50.

The Australian dollar, with its high beta has performed well in recent weeks thanks to Covid-related announcements. However, the AUD is likely to benefit less from the resumption of inflation in 2021 than in 2020 due to continued virus-related restrictions and current trade tensions between China and Australia. Our 3-month target remains at 0.73.

Although Australia's economic data shows improvement, the RBA has become dovish and has announced purchases of AUD 100 billion worth of 10-year government bonds over the next six months in the hope that the recovery will be long and uneven. Probabilities of further interest rates cuts that could lead to negative interest rates remain relatively high. This suggests downside risk for the AUD and we thus keep our 12-month AUDUSD target unchanged at 0.73. Against the euro it is 1.71.

The NZD has benefited from the announcement of the arrival of a vaccine and should continue to do so in 2021. The central bank’s extensive QE program is expected to prevent the NZD from taking full advantage of the recovery.

The central bank of New Zealand did not follow its neighbor and did not cut its policy rate at the last meeting.  It came as a surprise and strongly supported the NZD. Given solid fundamentals of the domestic economy and the booming housing market, further easing seems to be ruled out. There is less uncertainty on the monetary front than in Australia.

The global economic rebound should give some additional upside to the NZD next year. Our 3-month target remains at 0.69 (value of one NZD). We revised up our 12-month target to 0.71 (instead of 0.66).

The USDCAD reached new lows for the year below 1.30 in November, largely reflecting broader USD weakness. The CAD underperformed other commodity currencies over the month, and the USDCAD remains broadly unchanged this year.

Recent economic activity showed positive signs, but Canada’s high levels of consumer debt is likely to weigh on the recovery and raise questions about funding the country’s fiscal deficits over the foreseeable horizon. Crude oil prices have however witnessed a strong rebound and we expect should remain high. The BoC has cut its policy rate to 0.25% and is conducting purchases of Canadian government securities, as well as corporate and provincial bonds. This resulted in rapid balance sheet growth earlier this year. The balance sheet has now levelled off as the Bank has slowed the pace of purchases while also lengthening the maturity profile of its buying.

We think that the positive outlook for oil prices and expected closer trade relations with the US will give an additional impulse to the loonie next year. We revised our USDCAD target to 1.29 (stronger CAD) over the next 12 months.

The Chinese yuan rose against the US dollar and is up 5.6% this year. The positive economic momentum and low interest differential have been supportive. The agreement on the Regional Comprehensive Economic Partnership (RCEP), a trade deal signed by 15 countries, confirmed the opening strategy of the Chinese government. Economic indicators also hint in favor of a strong recovery of Chinese activity. October industrial production rose by nearly 7% year-on-year, more than expected, while retail sales were up 4.3%, the fastest annual increase seen since the beginning of the year. Credit growth indicators remain also well oriented.

China keeps healthy fundamentals; the long-term environment should be supportive for the CNY. The economic recovery is expected to accelerate next year, which should fuel global trade. Moreover, the expected global dollar weakness should support the USDCNY. Given the supportive environment, we do not think that the CNY will fall back.