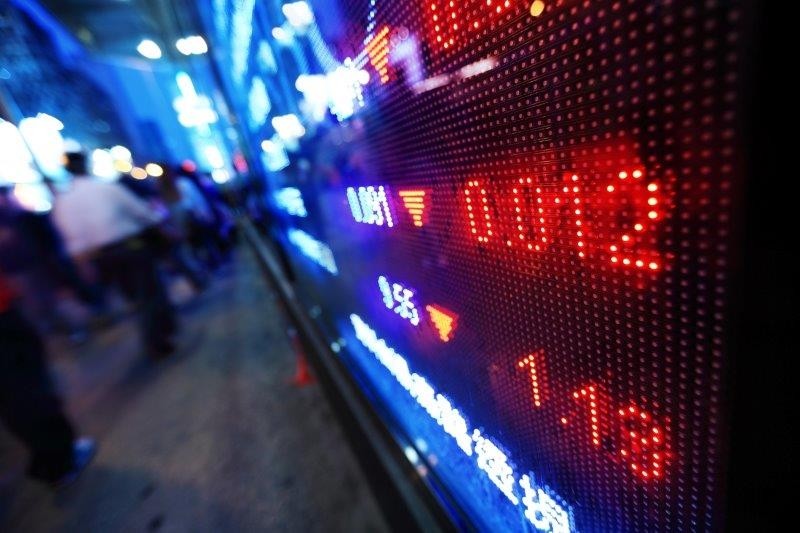 Limited upside for the dollar

The dollar appreciated again over the last few weeks. It is now back below 1.10. Since the beginning of March, the EURUSD has traded in a range between 1.08 and 1.12 (value of one euro).

The Fed raised rates by 25bps at the last meeting and is expected to implement more rate hikes with 50bps expected for the next meeting in May. Our 2023 Fed funds target remains at 2.75%. During its minutes, the Fed announced the beginning of quantitative tightening in May with the reduction each month of the balance sheet by $60 billion of Treasuries and $35 billion of mortgages backed securities.

Geopolitical uncertainty and the stronger downward revisions of economic growth in the eurozone are limiting the upside for the euro, particularly in the short-term. We do however assume that geopolitical uncertainty has probably peaked. We revise our 3- month target from 1.06 to 1.08. We believe the dollar could go back to 1.08.

A rate hike is expected late 2022 in the Eurozone. There would be 3 more in 2023. This together with gradually falling uncertainty should allow the EURUSD to reach 1.12.

We change our 3-month forecast from 1.06 to 1.08. For the 12-month horizon, we keep target of 1.12 as we expect a gradual normalization with the ECB still expected to hike rates a first time in December.

The EURGBP was little changed over the month, fluctuating around 0.83 (value of one euro). The pair was however volatile over the month falling below 0.82 at the beginning of the month before breaking 0.85 and then returning to around 0.83.

The Bank of England raised rates by another 25bps to bring the funding rate to 75bps. The central bank expects inflation to peak in April at 7.25%. However, it has been more cautious about future rate hikes due to the weaker economic growth outlook. The market now expects 3 rate hikes by the end of 2022 and this should be beneficial for the GBP. In addition, the Bank of England has already started its quantitative tightening (balance sheet reduction) in March.

The UK economy is less exposed to Russia than the Eurozone and this will be a supporting factor for an appreciation of the pound. The March manufacturing business survey (PMI) fell in March to 55.2 from 58 in February. This was mainly due to weaker new export orders and lower demand for consumer goods.

We remain convinced that the smaller impact of the military conflict in the Ukraine on the British economy and the more restrictive monetary policy will be supportive factors for the GBP. We maintain our 3- and 12-month targets at 0.82, suggesting appreciation potential for the GBP.

Still close to the parity

The Swiss franc remains strong around 1.01 (value of one euro). It even broke the parity at the beginning of March. The Swiss franc continues to play fully its role as a safe haven asset.

At its meeting on March 24th, the Swiss National Bank left its key interest rate unchanged at -0.75%. The Swiss franc is still very strong, and the bank says it is prepared to intervene if it considers that the level of the exchange rate would penalize exports.

The fundamentals of the Swiss economy remain positive with inflation in 2021 contained at 2.2%  and economic growth forecasted at 2.5% in 2022. The Swiss economy has few direct links with the Ukraine and Russia. This is in line with a Swiss franc that will remain strong over the coming months. The impact is mainly limited to higher commodity prices.

Although not ruled out, the SNB gave no indication of a possible rate increase in 2022. The negative rates should be a headwind for the Swiss franc and the EURCHF could move towards 1.08 over the next year. The franc is very far from its purchasing power parity value (close to 1.50 for one euro) and a gradual fall in risk aversion could weigh on the currency.

Revisions to our targets

The Yen lost quite a bit of value in March and is now trading around 123 (value of one dollar), a 7-year low. The divergence of monetary policies between the Fed and the Bank of Japan (BoJ) and the fact that Japan is a net importer of energy explain the strong decline of the Yen.

The central bank will not increase rates and is implementing unlimited auctions on bonds maturing between 5 and 10 years. The BoJ has repeated that there will be no changes in monetary policy until structural inflation is above 2%.

Japan is experiencing an income shock due to the rise in commodity prices, particularly oil prices. The Japanese services business survey (PMI) suggests a moderate contraction. In addition to the Ukraine conflict, Japan suffered from the effects of the new lockdowns in China making economic exchanges more difficult.

The technical analysis (Relative Strength Index) is suggesting that the Yen is oversold. The USDJPY could see a reversion to the mean and go back below 120.

We are revising our 3- and 12-month targets from 114 to 118. This suggests an appreciation of the Yen from the current levels.

The Swedish currency appreciated during the month The value of one euro (EURSEK) fell below 10.30.

The Riksbank (Swedish central bank) announced that it could raise rates this year. It had previously announced no rate hikes until 2024, but faced with rising inflation, the authorities had to rethink its monetary policy priorities. At its meeting at the end of April, the central bank is expected to give more details on this. The major concern is regarding renewed inflationary pressures via commodities related to the Ukrainian conflict.

The Riskbank also announced that it would intervene to support the krona to limit the effects of imported inflation.

We are waiting for more visibility regarding the path for interest rates and we think that the recent strength of the SEK is overdone.

We adjust our 3-month target to 10.40 but we keep our 12-month target at 10.7 at this stage. This suggests depreciation for the SEK from current levels.

The Norwegian bank raised its rate by 25bps to 75bps in the face of high inflation. The rate hike policy is likely to continue in June with another rate hike. The Norwegian economy is expected to resist well, with limited direct links to Russia and Ukraine, and especially thanks to the high price of oil. Consequently, the positive economic momentum should continue.

The economy however shows several signs of overheating. Unemployment is very low, while wage growth and capacity utilization are high. In March,, inflation reached 8% on an annual basis. The Norwegian bank thus announced that more rate hikes would be necessary. It has drastically revised upwards its terminal rate outlook from 1.75% to 2.5% by the end of 2023 compared to end 2024 previously. Historically, the tightening in Norway generated an appreciation of the krone.

We forecast that the rate differential with the ECB will support the NOK going forward.

We change our 3-month EURNOK target (value of one euro) at 9.60 and we keep our 12-month target at 9.60. This suggests a lateral movement from current levels.

Higher targets for the AUD

The Australian dollar broke our 0.75 target (value of one AUD in USD). The move was driven by high commodity prices and a much more hawkish tone recently from the Reserve Bank of Australia.

The Australian central bank has indeed announced that a first rate hike is likely to happen soon. A rate hike of 25bps is expected by the market in June and a total of 200bps hikes by the end of the year. Indeed, the Australian economy is benefiting from a high level of business activity, strong fundamentals, and an unemployment rate below 4%. The March services business survey (PMI) remains at a high level (55.7) thanks to high employment level.

The Australian dollar should also continue to benefit from high commodity prices.

We change our 3-month and 12-month AUDUSD targets to 0.76 (value of one AUD). This implies a small appreciation potential for the AUD over the coming year.

Close to our targets

The New Zealand dollar has appreciated by more than 2.5% since the beginning of March and is near 0.7 (value of one NZD).

The Reserve Bank of New Zealand (RBNZ) is expected to continue its tightening cycle and to raise rates by 0.25bps at its next meeting. It has already raised by 25bps for the third time in February and the policy rate is currently at 1%.

The economy has held up very well over the past two years and has been resilient to the Covid. The economy is showing signs of overheating with inflation at 5.9% year-over-year, a strong demand and a very low unemployment rate (below 3.5%). In addition, the central bank points out that real estate prices are above sustainable levels.  The RNBZ was one of the first central banks to announce its restrictive monetary policy and future rate hikes seem well anticipated by the market.  We do not expect a further appreciation of the NZD.

New Zealand is an exporter of agricultural commodities and should therefore benefit from the current environment.

We keep our 3-month and 12-month NZDUSD targets to 0.70 (value of one NZD). This implies a lateral movement for the NZD over the coming year.

The Canadian dollar (CAD) has appreciated by 1.9% since the beginning of March. As an oil exporter, the CAD is benefiting from the continued high level of oil prices.

The central bank raised its policy rate by 25bps at its March meeting, bringing the overnight interest rate to 0.50%. The upside risk to inflation is still high and the Bank of Canada should continue to raise rates. For the April meeting, the market expects a 50bps rate hike. The monetary tightening cycle of the Bank of Canada is expected to be similar compared to the Fed and this supports our assumption that the CAD has a limited upside from current levels.

The manufacturing business survey index (PMI) rose to a high level in March to 58.9 from 56.6 in February due to many new orders. Businesses are also indicating that they can pass on cost increases, in addition to benefiting from a normalized economy with the end of the Omicron effects on the recovery.

As a commodity exporter, Canada benefits from the high prices in oil prices (WTI) currently.

We maintain our USDCAD (value of one dollar) target at 1.25 for the 3- and 12-month horizon. This suggests a  moderate upside for the CAD over the next year.

The CNY is very slightly down for the month of March around 6.36.

Over the next 3 months, geopolitical uncertainty is expected to persist, and the Yuan is keeping a safe haven profile in this environment. There are uncertainties about Chinese growth due to new lockdowns in Shenzhen and Shanghai. The Chinese manufacturing business survey (PMI) contracted in March to 49.5 from 50.2 in February. The services business survey (PMI) also fell below 50. This is mainly due to mobility restrictions that have led to production lines closure and the cancellation of export orders. This should put some pressure on the currency in the coming months.

Regarding monetary policy, the People's Bank of China is expected to lower the medium-term lending facility rate in the coming months to support growth. In the face of rising yields in the US, the interest rate differential with China is narrowing and this is also a headwind for the CNY.

We keep our 3-month target at 6.35, with the CNY expected to remain near that level as long as the extreme uncertainty prevails. At 12 months, we keep our target of 6.5. This suggests some downside.