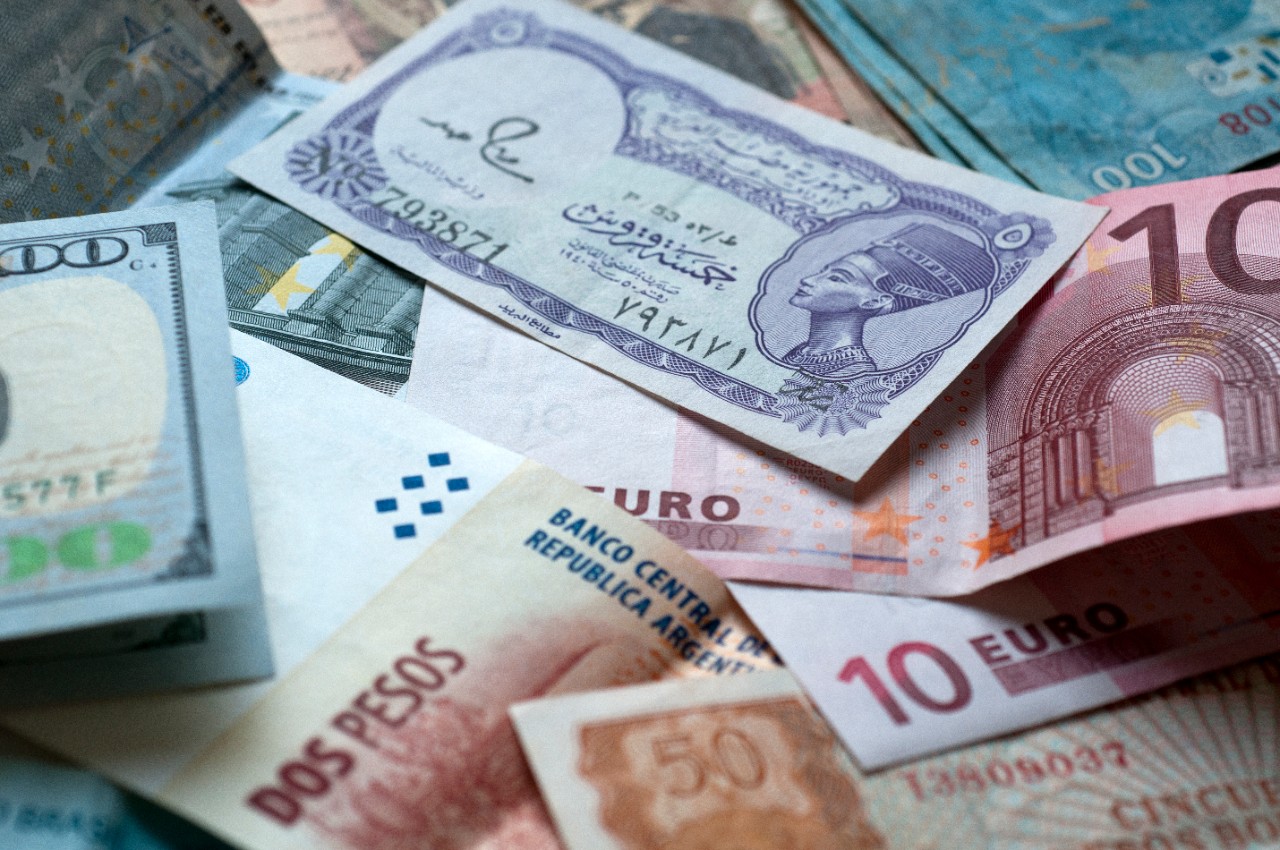 The outlook for emerging markets currencies remains generally positive, but the upside is lower as we are gradually moving closer to the first rate hike in early 2023. We think that some emerging currencies have more upside as for example for Russia and Brazil.

Stable around our 3-month target

The EURUSD (value of one euro) fluctuated in a tight range around 1.18 over the past few weeks. Eurozone inflation accelerated to 3%. We expect inflation to gradually converge towards 2% next year. We expect the economic momentum as measured by the economic surprise index to show a growing divergence in favor of the Eurozone. The Eurozone has been lagging somewhat due to the delta variant but vaccination rates are now higher and we expect improved economic data over the autumn period. This, together with a favorable risk environment, suggests that the euro should make a comeback in the second half of the year.

The upside potential for the euro is however more limited than forecasted previously. Indeed, the outlook for central banks has evolved somewhat as we expect the Fed to hike rates in Q1 2023, with higher US 2-yields gradually limiting the downside for the USD as the first interest rate hike comes closer. We expect no change in the target rate for the ECB over the coming two years.

The EURUSD is expected to hover around 1.17 in the short-term. Over the coming year, our EURUSD target is 1.22 (value of one euro).

On our way to our 12-month target

The GBP remained strong over the summer months but had some difficulties to sustain levels below 0.85. The swift UK vaccine deployment was largely priced, and it is the scope for UK economic momentum and the more hawkish message of the central bank that helped the GBP to break through 0.85 temporarily.

We continue to see the UK economy growing faster than expected by the consensus this year and next. Better than expected data in the first quarter and improving leading indicators point to a strong recovery. We expect the economy to get back to its pre pandemic level around autumn this year and growth above trend throughout 2022.

The minutes of August’s Monetary Policy meeting suggested a growing debate regarding the timing of the process of tightening policy. The Committee also lowered the bar for a reduction of the balance sheet.

We have brought forward our expectation of the timing of the first rate hike. We now expect a move in May 2022 (August 2022 expected before) and forecast another rise to 0.75% by end-2023. We also continue to expect the central bank to end APF reinvestments by end 2022.

In light of the above, we forecast EURGBP to fall to 0.84 (value of one euro) by end 2021 and stabilize there (stronger GBP).

The Swiss currency appreciated against the euro over the summer months in a context of prudent ECB messages and renewed fears around the pandemic in the Eurozone. Against the USD, the currency fluctuated in a range around 0.92.

We keep our view of a weaker franc over the coming months as we expect the Eurozone momentum to accelerate and the risk appetite to come back in financial markets. The other key argument is the outlook for central banks.

The SNB monetary policy is likely to remain on hold for the coming two years, making the CHF an attractive funding currency. Another factor weighing on the CHF is the Swiss National Bank’s (SNB) continued willingness to intervene in FX markets, should the currency strengthen significantly. The latest ECB announcements do however point to the fact that euro rates could stay low over the coming year. This limits the upside for the euro.

We have lowered our one-year EURCHF target to 1.12 from 1.14. For the 3-month target we revise it from 1.11 to 1.10. We see potential for euro appreciation but more limited due to the recent ECB comments.

Moderate downside for the Yen

The Japanese currency was quite stable over July and August fluctuating in a tight range 109-110. We keep our forecasts for USDJPY to move to 111 both on a 3- and 12-months horizon.

The recovery in the Japanese economy will be hampered by the slow vaccination. A combination of a fragile healthcare system and the vulnerability to supply chain disruptions in Southeast Asia are a further drag short-term. The growth this and next year are among the lowest in G10 countries but we do not think this significantly increases the risk of long-term economic consequences. Inflation risks remain very low in Japan. We expect no change in the central bank’s policy rate or 10y yield target.

We expect yields to move higher globally across developed markets (DM), leading to widening of spread versus Japan due to the Bank of Japan’s yield curve control policy. This should weigh on the JPY. We have a positive outlook for risky assets and this environment should limit the potential for JPY demand as a safe haven currency. We expect a limited downside for the Yen as the currency is already weak when compared to historical averages and fair value levels (PPP). Also note that Japanese investors are heavily exposed to foreign currency assets.

Therefore, we keep our 3- and 12-month USDJPY targets to 111. This suggests a lateral evolution of the USDJPY from here.

The SEK has been trading in a quite narrow range around 10.20 most of the summer.

Current political developments are unlikely to feed through to the currency and the SEK is mainly driven by risk sentiment and market expectations of the Riksbank.

The central bank is expected to keep rates on hold next year. Markets could price faster balance sheet normalization over the coming year than the central bank currently expects. This could prompt markets to expect an earlier start of rate hikes by the Riksbank, benefitting the SEK more than expected.

Sweden’s balance of payments deteriorated slightly to 0.3% of GDP in Q1 2021, due to an acceleration of portfolio outflows.

We keep our EURSEK targets at 10.00 over the next 3 and 12 months (value of one euro). This suggests a marginal appreciation for the SEK.

Over the past 3 months the NOK has been on a downward path and the EURNOK reached 10.61 in mid July. It made a nice comeback and stabilized around 10.20.

The outlook remains positive as the Norges Bank is likely to raise rates at its September 23 meeting. It would be the first among G10 countries.

Financial markets almost fully discount another 25bp hike in December. It is possible that, following the initial hike, the currency experiences a ‘sell the fact’ price action, but over the longer run we see a strengthening of the NOK. Indeed, over the coming years, we think that the interest rate divergence between Norway and the rest of G10 countries will support the NOK outperformance versus low-yielding currencies. The currency will also benefit from expected higher commodity prices, especially oil (Brent).

The AUD has fallen over the past months as Chinese growth slowed and following renewed Covid 19 restrictions in Australia against the spread of  the Delta variant. To date, only around 30% of Australians are vaccinated.

We however continue to keep a positive outlook for the currency as it looks cheap relative to the USD, especially as we expect yields to rise only gradually, profiting risky assets. The Australian government is shifting away from it’s ‘zero-Covid’ policy to a vaccination target and the central bank views the negative impact of the Delta outbreak as temporary. They forecast a bounce back as restrictions ease. At its September meeting, the central bank started the tapering as largely expected, reducing the pace to AUD4bn/week.

Geopolitical tensions however remain high in Southeast Asia, while growth in China will improve only gradually. As China is the main trade partner of Australia, it represents a downside risk. All these elements and with further risks of temporary shutdowns, suggests less upside for the AUD.

Therefore, we change our 3-month AUDUSD target to 0.73. Our 12-month target is revised to 0.76 (value of one AUD). This implies a potential appreciation for the AUD.

The NZD followed closely the move of the AUD, keeping some sensitiveness relative to the risk appetite of the market. The currency reached a peak around 0.73 late May but fell back since.

New Zealand’s economy has enjoyed a sharp recovery from its pandemic-induced recession thanks to a strong management of the pandemic. The authorities remain cautious as potential step backs can’t be ruled out, but the most extreme risks are now “off the table”. The recent new cases and the low vaccination rates are a major concern.

NZD rates repriced significantly higher after the June FOMC, and to a larger degree than the rest of the G10. We view the central bank decision in August to maintain its policy rate at 0.25% as merely postponing an eventual rate hike. The cautious decision came following the sudden implementation of a Level 4 lockdown on the eve of the meeting. We think that the worsening pandemic and low vaccination rates suggests less upside for the NZD, even if the currency seems undervalued.

We change our 3-month and 12-month NZDUSD targets to 0.70 and 0.73, respectively (value of one NZD). This implies a more moderate appreciation potential for the NZD.

The Canadian dollar corrected sharply in August, trading just below 1.295 against the USD. It was trading close to 1.20 in early June. The currency was hit by concerns regarding global growth, following the spread of the Delta variant and the recent weakness in China.

The central bank slowed the pace of government bond purchases. This allowed the balance sheet to stabilize. It has also brought forward its forecast for an output normalization which suggests rate hikes beginning in the second half of 2022. Further tapering is likely, although an unexpected weakness in Q2 GDP could delay this decision. Canada’s federal election on 20 September is not expected to lead to major changes in outlook for the fiscal stimulus. Economic momentum, especially sustained high commodity prices, continues to offer strong support to the CAD relative to the USD. The countries' high vaccination rate makes further lockdowns unlikely. The recent weakness in China limits somewhat the upside for the CAD.

We change our USDCAD (value of one dollar) target on the 3- and 12-month horizon to 1,25 and 1.24 respectively. This suggests some upside for the CAD.

After the June FOMC meeting the USDCNY rate rose back towards 6.50, up from the May levels, the lowest the pair experienced since 2018. The currency oscillated around 6.45 in recent weeks.

Chinese policymakers are expected to continue their focus on stability, with an aimed reduction of economic growth to the range of 5-6% per year, as confirmed by the politburo meeting of the 30th of July. The goal is to limit excesses at both political and company levels and make growth more sustainable in the long-term.

We see room for consumption and manufacturing investment to rebound further but expect property and infrastructure investment to face headwinds from policy tightening such that the economic recovery should be slower. The political crackdown on Chinese internet companies should not have much of an effect on CHY rates, in our view. China’s trade performance and current account continue to perform well, creating fundamental support for the currency. The upside for the CNY is however likely to be limited by a hawkish Fed and a PBoC keen to avoid further currency appreciation,.

We keep our 3-month USDCNY target at 6.40 and our 12-month target at 6.40 (value of one dollar). This suggests a flat evolution for the CNY over the coming months.