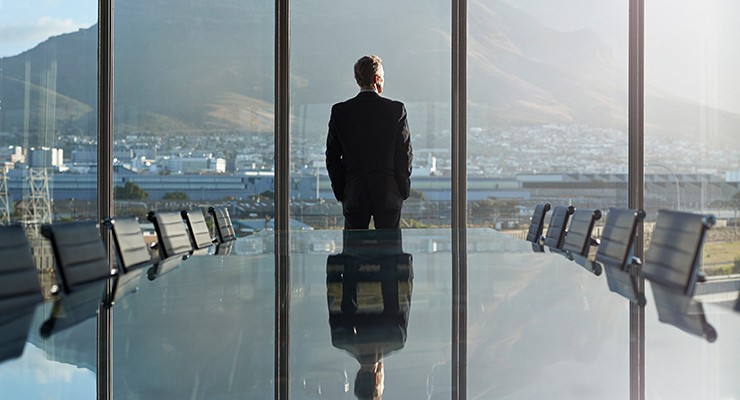 . The epicentre of the pandemic has shifted to the emerging markets. It appears to be under control in Asia and Europe. But concerns about the US (Southern and Western states) remain.

. Good economic news, including a rebound in leading indicators, confirms our U-shaped recovery scenario with an acceleration in growth in 2021.

. In the equity markets, we maintain our "buy on dips" strategy. In the event of a consolidation we would strengthen pro- cyclical positions.

Stock markets have rallied since their lows in late March, recouping three quarters of the declines registered since mid-February in the wake of the Covid-19 pandemic. Since early June, the stock markets have been hesitant, and the positive factors have been counter-balanced by uncertainties. In recent days, the positive factors have regained the upper hand.

The pandemic is stabilising in Asia and Europe, but not in the Americas!

Hard lockdown measures were successively implemented in Asia and then in Europe. The timing depended on the evolution of the pandemic. Since April in China, May in Europe and partially in the United States, these confinement measures have been lifted without leading to a general increase in the number of new infections. New outbreak hotspots are being managed locally by dedicated teams, sometimes with new local lockdown measures, but overall, health authorities seem to have the pandemic under control.  Hence the fairly rapid easing of lockdowns.

Today, the worst affected regions are the emerging markets (Latin America and India in particular) and the Southern and Western states of the US where there is a spike in the number of new infections, requiring new partial lockdown measures. The health authorities are concerned about these spikes, but they have developed the means and techniques to manage outbreak hotspots and stop the Coronavirus from spreading beyond the local level.  Until a vaccine or effective treatment is developed, this pandemic will remain a serious health problem, penalising economic activity and posing a risk to the financial markets.

Economic figures for the second quarter are disastrous and worse than expected. We have marginally revised down our forecasts for 2020 in mature economies, especially the eurozone and the United States. But more importantly, all leading indicators for May started rising, as soon as global lockdowns ended. The scenario of a rebound in economic growth from the second half of the year, and amplifying in 2021, remains unchanged. The role of reflationary economic policies is essential for anticipating this. We are monitoring this rebound in post-lockdown growth with higher frequency indicators than only monthly economic data. And as for the Chinese economy since the spring, we are monitoring daily data for Covid-19, road congestion figures in major cities, and Google's activity indicator: these frequent data confirm the rebound in activity.

There are numerous risks:

1)      Brexit will take place at the end of this year, and the UK authorities have reiterated that they do not plan to ask for an extension. Negotiations need to move forward considerably over the next few weeks to maximise the chances of this deadline being met. So far, progress in these negotiations has been very slow, so concessions on both sides will be necessary. Our base-case scenario is that Brexit will take place in an orderly manner, with an agreement, but the risks are great.

2)      Tensions between the United States and China may resurface very quickly. The Phase 1 agreement decided at the end of 2019, remains valid, but it may be challenged on account of the worsening relations between the two superpowers and the present recession. Tensions persist over several issues (technology, intellectual property, opening up the Chinese market, Hong Kong etc.). The long-term strategic competition between the two countries has no short-term solution.

3)      The US presidential election is now a pressing topic. Both candidates have a tough stance towards China.  Mr Trump is behind in the polls, but could take initiatives to get back on track. We know little of Mr Biden's agenda on issues that are worrying the markets, such as a wealth tax (put forward by the left-wingers of the Democratic Party), climate and the health care reform. A significant signal will be sent with the nomination of the Vice-President of the Democrat candidate.  Let us not forget though that the election concerns both Congress and the Senate, and according to some polls, the Democrats could also win a majority there.

4)      Negotiations on the European Stimulus Fund continue. This is an important milestone in European history because the Commission’s budget would increase significantly and organise large transfers of solidarity between European countries. The next step is the European summit on 18 July, which should bring good news.

5)      The risk of a second wave of the Covid-19 pandemic will remain as long as there is no vaccine or effective treatment. Some scientists fear the return of the pandemic on a large scale in the autumn in the northern hemisphere.

Awaiting the consolidation which will provide another opportunity to strengthen positions

Positive factors have dominated the markets in recent days. Observers often say that if further problems arise, monetary authorities and governments would intervene again, and ultimately, the economic recovery and the rebound in profits would support the stock markets. This market expectation incorporates a ‘perfect’ scenario. However we fear that the reality will be complicated by risks of corporate defaults, the challenge of completely eradicating the virus without a vaccine or treatment, the American elections and international tensions. Equity markets are expensive, and will be sensitive to bad news. But it is clear that liquidity is abundant and with interest rates close to zero, and negative in Europe and Japan, equities are the asset to favour in the long term. In our scenario, a U-shaped growth trend will accelerate in 2021. The markets are moving too fast today, in our view. We will take advantage of the next phase of volatility to reinforce positions, particularly in pro-cyclical sectors/countries, which benefit most from the anticipated economic recovery. Our preferred markets remain the United States, the eurozone and the emerging countries, particularly Asia excluding Japan. We turn neutral on the United Kingdom.

1)      We turn neutral on the UK market (from positive). UK equities have suffered from the impact of the pandemic, which has been particularly bad there. They are very cheap compared with other stock markets. But the UK's economic growth prospects are worse than others, not least because of Brexit but more specifically on account of the risk of a hard Brexit (i.e. without an agreement).  The composition of the UK market, with many defensive stocks, does not favour this, at a time when we are highlighting cyclical stocks.

2)      We raise our target on gold, with a new forecast range of $1700-1900 per ounce (instead of $1600-1800). We remain positive on gold as the fundamentals in place that favour it are unchanged: real interest rates are negative, monetary policies are (and will) remain extremely accommodative and Quantitative Easing is massive. Gold is a way of diversifying risk, so it is helping to limit portfolio volatility.