A New Era for Industrial Metals
DECODING YOUR
FINANCIAL UNIVERSE

A New Era for Industrial Metals 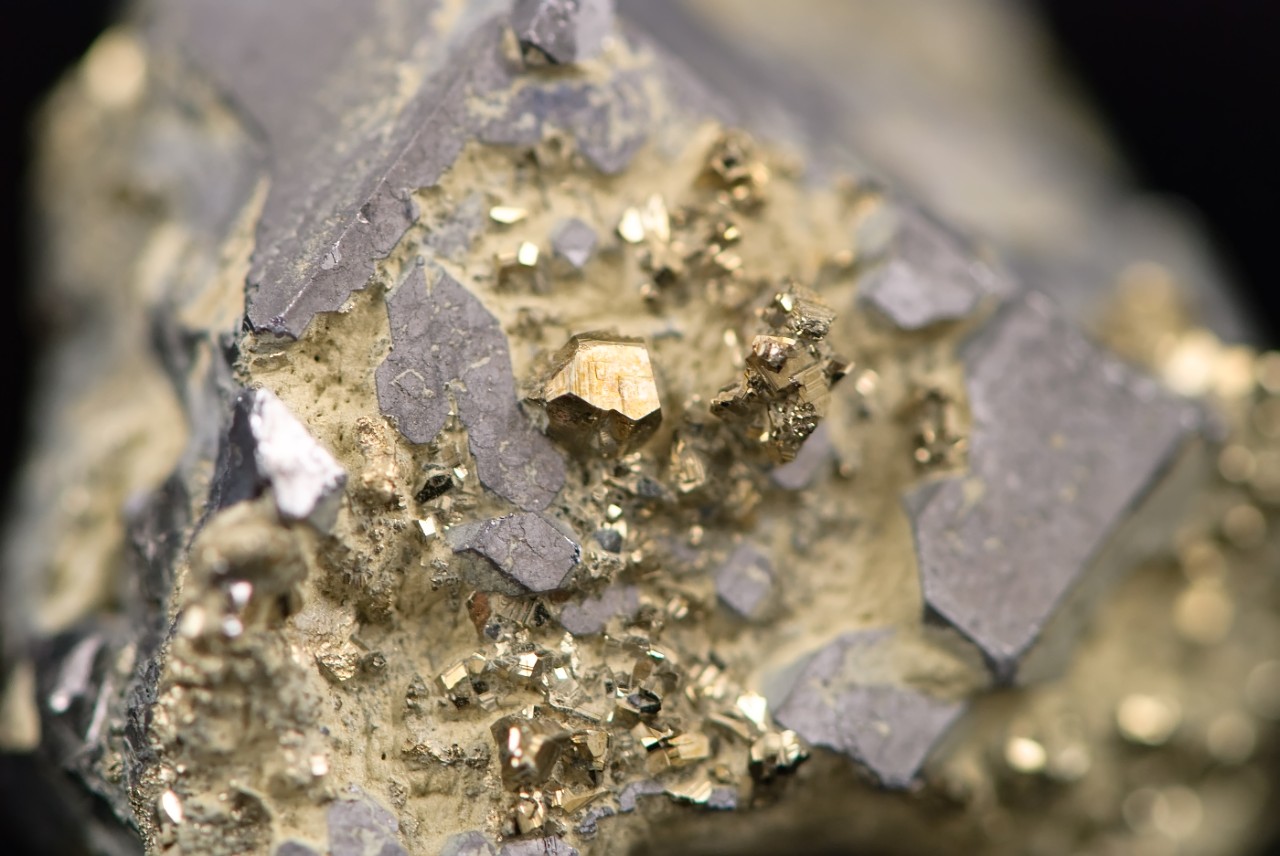 We have been positive on industrial metals since last June. And we maintain our stance as we expect prices to rally further, for three reasons:  i) the cyclical recovery post-pandemic; ii) the infrastructure programmes - in particular those related to the energy transition - and iii) supply issues. The second and third reasons suggest that we are probably at the beginning of a long-term upward cycle.

In 2020, the main price driver for base metals was the rebound of Chinese industrial production as the country consumes 50% of the world’s base metal production. Chinese demand remains strong, indeed its strongest level since 2011. Stockpiles are low. The upcoming stimulus tapering should not really affect overall GDP growth which is forecasted by the IMF at 8.1% in 2021.

Leading economic indicators in China, Europe and US still point towards further recovery. The Manufacturing Purchasing Managers’ Indexes (PMI), in particular the new orders component, are well above 50 and still improving in January, indicating a continuation of the rebound. Contrary to the first lockdown period, the industrial sector has continued to operate.

The rise of the Commodity Research Bureau Raw industrial index  is showing that the appetite of the industry for recycled metals and other commodities, barely influenced by the speculation on futures markets, continue to grow, thus boding well for the industrial production in the coming months.

The beginning of a new super cycle?

After the strong rally of last year, how much is priced in? Probably a big chunk. But what is barely priced in is the super cycle story based on the following structural factors:

·        The supply underinvestment of previous years

There is a strong correlation between the Capex share of the world GDP and real metal prices. Governments worldwide are simultaneously embarking on infrastructure spending to boost their economies and in particular in green infrastructure. Environmental policies are set to drive a Capex boom.

Electrification demand is already materialising and could significantly affect the prices of a number of metals.

Copper, the world’s most important industrial metal, reached a 7-year high of USD 8,146 a tonne on 4 January, having climbed more than 70% from its March low.

All the stimulus programmes around the world have one common factor: they are copper-intensive. A surge in demand for copper to wire the green economy is already underway: electric vehicles need around four times more wiring than those with combustion engines, while solar panels and wind farms need as much as five times more than for fossil fuel power generation.

While the earth’s crust has no shortage of copper, high-grade projects in mining-friendly jurisdictions are becoming harder to find. Even when discoveries are made, they are often in                 locations lacking infrastructure such as Russia’s Far East. It takes 7 to 10 years to develop new mines.

Shareholders remain wary of giving the green light to new projects, after the billions of dollars spent during the decade-long commodities boom that ended in 2014. They will not be encouraged by the huge cost overruns encountered by Rio Tinto in Mongolia that badly upset the local authorities who fear that they will be obliged to repay debt for several years before  receiving dividends.

Copper supply has faced immense headwinds in recent years, with output levels between 2017 and 2020 virtually unchanged. Difficulties have been exacerbated by the pandemic with disruptions in supply from Chile and Peru.

Analysts at Bank of America and Goldman Sachs are bullish on copper, and estimate that the metal is likely to hit respectively USD 9,500 and USD 10,000 per tonne by 2022 for only the second time in history.

The price of nickel on the London Metal Exchange has risen by about 70 per cent, since its low in March 2020, to USD 18,370 a tonne, as speculators are betting on a rise in sales of electric vehicles, which are increasingly using batteries with a higher nickel content.

Just 8 per cent of refined nickel demand comes from batteries, while more than two-thirds comes from the stainless steel industry. But the share of batteries could reach 32 per cent by 2040, according to the consultancy CRU. Such forecasts have fed the rally.

Nickel market dynamics have been complex, as Indonesia has oversupplied the market with Class 2 non-refined nickel, which prompted China’s stainless steel mills to reduce their intake in Class 1 refined nickel (needed for batteries). That substitution may keep the refined nickel market well supplied in 2021.

For nickel, new projects in the pipe in Indonesia, Africa, Canada and the US are expected to cause a continuing surplus of metal that could last until 2024, or even 2025.

The current uptick in the nickel price may be mainly driven by sentiment rather than underlying supply and demand fundamentals.

While lithium demand, also a key component for batteries, is set to increase strongly in the coming years, the ease at which lithium mines can be brought online has not eliminated the risk of periodic oversupply.

The conclusion is that it’s better to play the Green Deal theme and the electrification revolution by preferring copper and the other classical industrial metals such as aluminium and zinc     rather than focusing on nickel and lithium. Precious metals used in the industry such as silver, palladium and platinum, are offering other opportunities to play this theme.

We remain positive on gold despite its stellar performance in 2020.

The roll-out of vaccines should solve the health crisis, but the post-Coronavirus economy will face unprecedented debt, numerous bankruptcies and huge social issues. To deal with this, central banks will have to maintain ultra-accommodative monetary policies for a long time. The American Federal Reserve  has already announced that it could tolerate inflation above its 2% target. This means that real yields on government bonds – the most important driver for gold - are likely to remain negative for a long time to come.

- Disappointing growth requiring further intervention by central banks, fuelling more fears about the long-term consequences of these unconventional monetary policies on inflation and the value of fiat currencies, and

- An unexpected resumption of inflation.

The true risky scenario for gold is a rapid and strong global economic recovery that would lead central banks to abandon their "whatever it takes" policies.

Supply is restricted. New gold mining projects are barely compensating the production decline of existing gold deposits. No major gold deposit discoveries have been made in the past 20 years, and the biggest mining groups are beginning to doubt whether they can keep production levels this high for very long.

Demand is recovering.  Indian and Chinese jewellery sales are rebounding strongly. Central Banks in emerging countries are expected to remain net purchasers albeit less so than in 2019. The main swing factor is the demand from ETFs and bars investors who have marginally reduced their positions unlike the more speculative futures traders.

Negative real yields, a weakening dollar and medium-term inflation fears are expected to push the ounce of gold above    USD 2,000.

We are positive on the other precious metals (silver, platinum and palladium) not only because of our view on gold and real assets, but also on account of the increasing demand for industrial usage while there are constraints on the supply side.

Silver is used for solar panels and connectors, palladium for autocatalytic converters (rising demand due to stricter emission standards and carbon taxes), while platinum is increasingly becoming a substitute for palladium in the automotive industry and should play a key role in the hydrogen economy (electrolysers and fuel cells).

Silver is strongly correlated with gold. The historical correlation is 0.8. Silver tends to lag gold but typically catches up with gold thanks to large and rapid movements.

Why can’t we just mine more silver? The reason is the cost. Today, to mine gold, it takes USD 900 to USD 1,000 to mine, refine, and bring to market one ounce of the yellow metal (including fixed costs). With gold trading around USD 1,840 an ounce, that is a profitable endeavour (hence we are positive on gold mines). Silver however, is mined primarily as a by-product. In order to mine one ounce of silver as a primary metal, the cost associated with it is similar to the cost of mining one ounce of gold. With silver trading around USD 24– 25 an ounce,  it  would not even be close to profitable when the mining costs are factored in.

The silver market has already flipped into deficit.

Palladium could resume its sharp uptrend from 2019 as the global economy returns to some normalcy. Before the pandemic-induced recession, palladium prices were rocketing higher, hitting an all-time high above USD 2,700. The price of the precious industrial metal has been driven by a significant supply and demand imbalance. Demand for palladium has risen sharply over the years as automakers use more of the metal to meet tightening emission standards of diesel-powered vehicles. Meanwhile, supply has dropped sharply.

Platinum is the critical metal used in the process that separates water into hydrogen and oxygen. New demand for platinum is definitely creating a compelling investment story for the precious metal.

Platinum also has a slight advantage over palladium when it comes to physical demand as it also has a small jewellery market. Jewellery demand will remain healthy due to platinum's hefty discount to gold.

From a technical point of view, platinum is emerging from its 10-year-long bear trend.