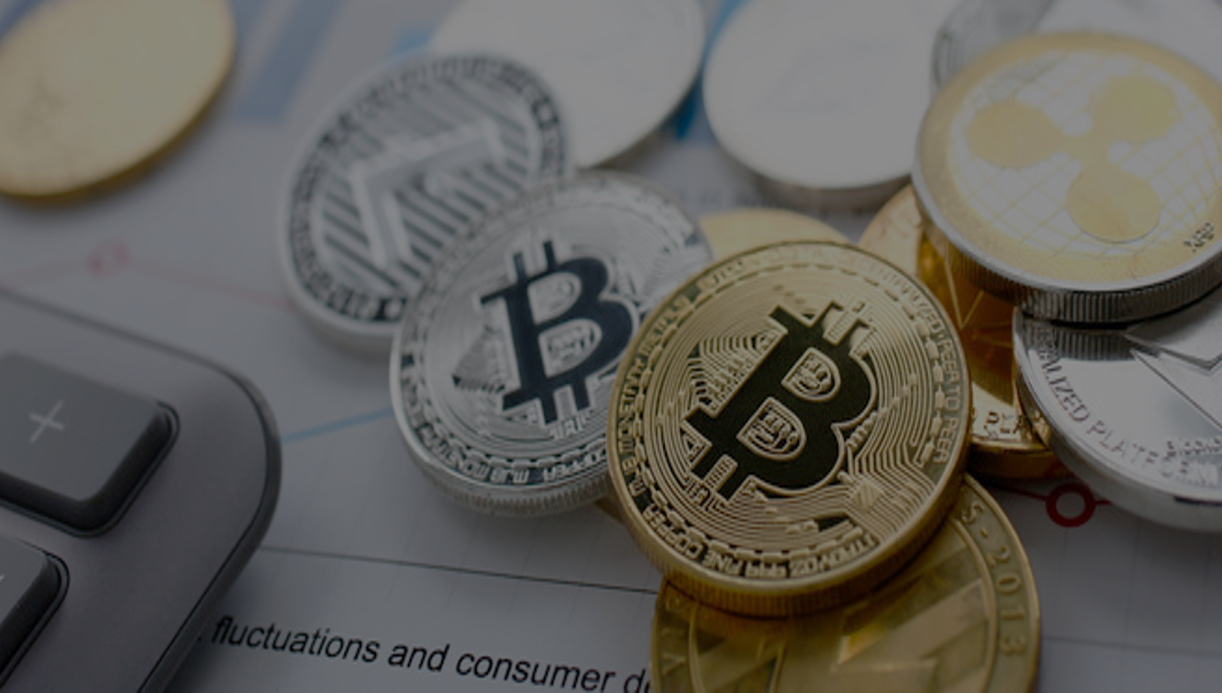 Attractions: Bitcoin offers a number of attractions to investors, including impressive returns since creation, absence of any central controlling entity, & a potential store of value against severe inflation or currency de-preciation.

Focus instead on the “picks and shovels”: we believe that investors would do better to focus on industries and companies that can benefit from the emerging crypto-currency and block chain ecosystem – including semi-conductors, cybersecurity and fintech/e-payments.

BNP Paribas’s group chief economist William De Vijlder penned an editorial on the subject of bitcoin in his Eco-Week publication dated 15 March 2021, entitled “Bitcoin’s Buyer Beware”. A key argument made by Mr. De Vijlder is this:

“The extent of the change in the bitcoin price suggests that speculative waves are at work, driven by momen-tum buying and extrapolative expectations of price ap-preciation. When the fundamental value of an instru-ment like a cryptocurrency is very hard if not impossi-ble to determine and when short-term price changes are a multiple of those observed in equity markets, caution should prevail when building and managing an expo-sure.”

Online financial literature has been full of the pros and cons of cryptocurrencies in general, and specifically Bitcoin in recent months. Rarely have we seen such trenchant, bitterly divided views on a financial instrument.

In this paper, we cannot do justice to the volumes that have been written both favouring and condemning Bitcoin and other cryptocurrencies. Instead, we seek to examine some of the key arguments both for and against Bitcoin as a potential investable asset for our wealth management clients.

Below, we list what we consider to be the key attractions and criticisms/risks of Bitcoin, which is by far the largest and best-established of current cryptocurrencies, with a total market capitalisation of just over USD1 trillion (on the basis of about 18.6 million Bitcoins currently in existence, at the USD56,600 Bitcoin price as of 15 March 2021).

Risks or Uncertainties relating to Bitcoin

US: In December 2020, the U.S. Financial Crimes Enforcement Network (FinCEN), proposed rules affecting banks and money services companies as well as crypto exchanges. Under these rules, exchanges would have to collect names and home addresses for the owners of private crypto wallets receiving more than USD3,000 in cryptocurrencies in aggregate in one day. Such rules, could put a big chill on those holding cryptocurrencies on exchanges.

India: The Indian government has recently proposed a new law, which will result in fines for anyone who trades or even holds crypto assets countrywide. If the new bill is enacted it would make cryptocurrencies illegal and make possession illegal. Under this proposed law, investors would have six months to liquidate their crypto assets before a penalty is imposed.

UK: the Financial Conduct Authority (FCA) has warned that consumers should be prepared to lose all their money if they invest in schemes promising high returns from digital currencies such as Bitcoin. The FCA has urged consumers to understand what they are investing in and the financial risks involved, given they are unlikely to be protected by UK schemes in case of corporate bankruptcy.

What really attracts investors to Bitcoin?

Clearly, the number 1 reason that Bitcoin (or other cryptocurrencies for that matter) has appeared on the radar screen of both retail and professional investors is its impressive price performance.

Transferring large amounts of traditional currency across national borders can be difficult, time-consuming and expensive, while Bitcoin does not suffer from these problems when going from one country to another, as it is global and decentralised by nature, and thus not tied by national boundaries in the first place.

According to crypto.com, there were over 106 million cryptocurrency users globally in February 2021.

The rate of inflation in the U.S. is very low compared with many other countries worldwide. The chief strategy officer for the Human Rights Foundation, Alex Gladstein, has highlighted this issue. Gladstein is also a Bitcoin proponent and has been an evangelist for the leading crypto asset for quite some time.

“Many might think that extreme inflation is a rare occurrence in today’s modern world,” Gladstein said to his 27,000 Twitter followers on 15 March 2021 “That’s simply not the case. There are 1.2 billion people currently living in countries experiencing double or triple-digit inflation,” Gladstein insisted.

Bitcoin has been a popular hedge against depreciating Turkish lira

In a number of countries where inflation is running in the double digits, and depreciation of the national currency against the US dollar and euro has been significant and prolonged, the number of cryptocurrency accounts is typically high, particularly among the well-educated 20- to 40-year olds. This underlines how middle class earners in these countries are increasingly using digital currencies as a means to avoid the damaging effects of inflation and currency depreciation on their effective purchasing power.

A potential diversification versus stocks and bonds

The correlation of Bitcoin against sovereign bond markets or global stock markets has been relatively low, suggesting a role for Bitcoin as a diversifying financial asset within a diversified portfolio. Since 2016, Bitcoin’s correlation with (US) stocks has been 24%, and 20% with (US) bonds over the same period. So not a zero correlation with either asset class, but still potentially a useful diversifier, particularly considering Bitcoin’s outstanding historical performance.

The Main Risks, Uncertainties of Bitcoin for Investors

Investors have to stomach frequent and extreme drawdowns

Bitcoin’s volatility has been extreme, to say the least. When Bitcoin’s price is increasing, investors are less concerned about volatility. However, when Bitcoin suffers one of its periodic substantial drawdown phases, then its volatility can result in heightened stress for any buy-and-hold investor (a “HODLer” in the Bitcoin parlance).

Back in January 2018, the total crypto market cap had climbed to an all-time high of USD762 billion before its collapse to just USD91 billion by December 2018.

So while the returns to a long-term holder of Bitcoin to date have been very impressive, this would only have been achieved by an investor with the robust constitution required to resist these repeated collapses in the value of Bitcoin.

Even after a meteoric rise since December 2018 (USD3,000 then to over USD56,000 at the time of writing), the total outstanding market capitalisation of all existing Bitcoins is just over USD1 trillion.

Even adding all 4,589 cryptocurrencies tracked by investing.com, the total capitalisation of the cryptocurrency universe amounts to USD1.7 trillion.

Compare this to the total valuations of the following asset classes:

The bottom line is that it is difficult to see Bitcoin as a mainstream rival to any of the above asset classes, given the gulf in capitalisation between Bitcoin and their respective markets.

According to Business Insider (27 February 2021), there are around 1,000 individuals, known as “whales”, who own 40% of the total outstanding supply of Bitcoin, i.e. around USD400 billion, that is to say, USD400 million each on average. This includes the anonymous founder of the Bitcoin protocol, known by his/her pseudonym Satoshi Nakamoto, who reportedly possesses 5.9% of the outstanding Bitcoin supply.

If anything, this concentration of the outstanding supply of Bitcoin in a few Bitcoin “whale” accounts has increased over the last few months, coincident with the sharp rise in the price of Bitcoin.

Two of the most famous Bitcoin exchange hack attacks were on the Japan-based Mt. Gox and the Hong Kong-based Bitfinex crypto exchanges. In 2016, Bitfinex announced that 119,756 Bitcoin had been stolen from Bitcoin accounts on its exchange by hackers, worth then USD72 million, but now estimated at around USD6.8 billion.

To soften the blow on the affected customer accounts, Bitfinex spread the losses across all the company’s clients and assets. Customers saw a generalised loss of c. 36% in all.

The 2014 Mt. Gox exchange hack was far worse, resulting in the theft of 744,408 Bitcoin, then worth USD350m, which would have a value of USD42 billion today. The anonymity of Bitcoin accounts and the untraceability of Bitcoin transactions work in this case against the interests of investors, but in favour of these cryptocurrency exchange hackers.

Bitcoin mining consumes vast amounts of electricity. According to Business Insider, some of the biggest Bitcoin mining companies are based in China, where most power comes from dirty coal plants, and asthma-inducing smog routinely makes even low-key outdoor activity unsafe for healthy adults.

"Mining" for the cryptocurrency is power-hungry, involving heavy computer calculations to verify transactions. University of Cambridge researchers say it consumes around 121.36 terawatt hours (TWh) a year. If Bitcoin were a country, it would be in the top 30 energy users worldwide.

According to this Cambridge analysis, the total amount of electricity consumed globally in mining Bitcoin currently is estimated to be more than the total electricity consumption of Argentina. For investors who wish to invest according to positive Environmental, Social and Governance (ESG) principles, this then poses a clear problem in terms of a high environmental cost for questionable economic benefit.

The current speculative hype surrounding Bitcoin and other cryptocurrencies in the retail investment arena lead us, at BNP Paribas Wealth Management, to remain prudent at the current time, and at the very least to reserve judgment on Bitcoin as potentially a suitable financial asset for our clients.

Any consideration of an investment in, or linked to, Bitcoin or other cryptocurrencies could only ever be available to investors classified as professional, given the complexity and novelty of the instrument and its underlying algorithm and risk metrics.

Note that at the present time, there are no Bitcoin-based UCITS funds or ETFs available. Furtrhermore, the explicit risk warnings issued lately by national financial regulators, such as the FINRA in the US, and the FCA in the UK, highlight the multiple risks associated with cryptocurrency-based or linked investments to retail investors.

Warren Buffett’s mantra becomes all the more relevant in this case:

“Buy a stock [or any investment] the way you would buy a house. Understand and like it such that you’d be content to own it in the absence of any market.”

For those investors who wish to have exposure to the growing cryptocurrency movement, we advocate a focus on the “picks and shovels” associated with the cryptocurrency ecosystem.

A pick-and-shovel play is an investment strategy that invests in the underlying technology needed to produce a good or service instead of in the final output. It is a way to invest in an industry without having to endure the risks of the market for the final product. The investment strategy is named after the tools needed to take part in the 1848-1855 California Gold Rush.

In short, we believe that investors would do better to focus on industries and companies that can benefit from, and leverage on, growth in the emerging cryptocurrency and block chain ecosystem – including semiconductors, cybersecurity and fintech and e-payments.