China: Awaiting signals of re-opening after the Party Congress 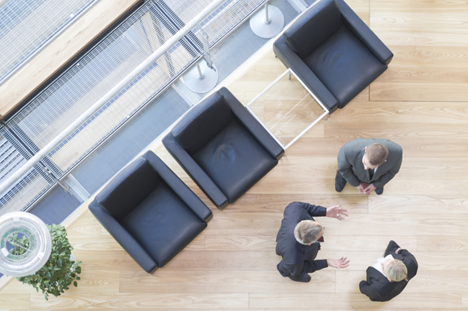 The offshore Chinese market suffered from its worst single-day selloff since the Global Financial Crisis in 2008 with the Hang Seng Index and Hang Seng China Enterprise Index falling 6.4% and 7.3% respectively on Monday. While we had been cautious about any big bang reopening, the market indicated disappointment and is concerned about the rising political risk premium amid the outcome of the Party Congress, coupled with a lack of indication in post-Covid re-opening.

Key takeaways of the Party Congress

1) President Xi’s core position has been further strengthened as evidenced by the Amendment to the Party Constitution that further emphasises Xi’s “Thought on Socialism with Chinese Characteristics for a New Era”, as well as the composition of the new leadership team (some personnel broke the implicit retirement age rule of 68).

2) Li Qiang will likely replace Li Kequiang as the new Premier (breaking the Party’s conventional practice of appointing someone who has served as Vice Premier). Also, there will be a complete reshuffle of the key personnel who decide on economic and financial policies, which is likely to be announced at the NPC meeting in March next year.

4) The Party Congress highlighted policy continuity with key goals to develop China into a strong, modern socialist country by 2050, to promote China-style modernisation, and to achieve the nation’s rejuvenation.

Key economic-related policy issues that were reiterated at the Party Congress:

Monetary and fiscal easing policies – Despite the stronger-than-expected 3Q GDP growth of 3.9%, the economy still warrants more accommodative policies. We expect to see continued fiscal expansion, credit support and liquidity flush to help the economic recovery in order to pursue the objective of a “moderately affluent” society by 2035. We will see more clarity of economic policy direction at the annual Central Economic Work Conference in December.

Geopolitical tensions – The key events to gauge any change in US-China tensions:

i.The US recently announced export curbs on advanced semiconductor and chip-making equipment to China. Response from China whether to de-escalate or to retaliate is a key to monitor.

ii.President Xi will attend the G20 meeting in November and have a meeting with US President Biden. Will there be any upside surprise given that the market has no expectations?

iii.Preliminary findings on China ADR auditing will likely be announced by early December.

As we believed, the Chinese asset market could remain very volatile in the near term given foreign investors’ concerns over market-unfriendly policies under President Xi’s third term. That said, for investors who have investment exposure on China, this is not time to sell. We believe a lot of negatives have already priced in and further significant downside may be limited, as capitulation may have already happened and valuations are already very depressed.

Signs of re-opening (even a gradual re-opening path) as well as a bottoming in the property market would be the key positive catalysts to drive a turnaround in investor sentiment and a sharp rebound in equity markets.

Furthermore, China remains committed to its “Green Agenda” with plenty of favourable policies to support the plans in reducing carbon emissions. Related sectors such as the EV supply chains, energy transition and green construction materials are the potential policy beneficiaries that long-term investors can consider to buy on dips.