The death of a general: what impact?

The second trading session in 2020 suffered the effects of a sharp rise in geopolitical concerns. 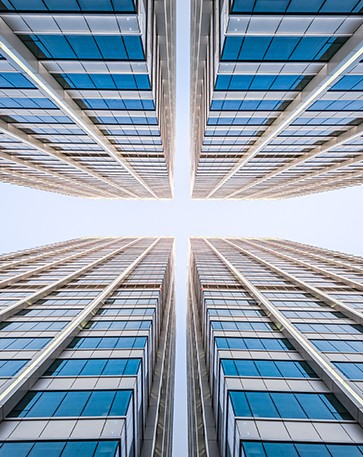 The execution of Iran's most important general by an American drone in Iraq increases the fears of an escalation of tensions in this strategically-important region for oil. Quite logically, the stock markets felt the blow, oil prices rallied and safe-haven investments (gold, US Treasury bonds, Swiss franc, and yen) rose.

2019 ended on a high note, amid hopes of a rebound in growth helped by lower interest rates and easing trade tensions between the Chinese and the Americans. Having risen by 20-30% over the year, stock market indices priced in a lot of good news, which is not yet reflected in earnings growth. Do escalating tensions with Iran call all this into question?

What is the impact on oil?

Given the importance of General Qassem Soleimani, who was considered as the second-most powerful man in Iran, the country is not going to stand by idly. Turmoil in the region would be catastrophic for oil prices because almost a sixth of the world's crude production comes from this area.

A widespread war or a blockage of the Strait of Hormuz through which one third of global oil supply is transported is not, however, the most likely scenario because the Iranians are not suicidal. Targeted counter-attacks are more likely and could take some time, as we have seen in the past. But uncertainty and an aggressive rhetoric should weigh on the markets and support a risk premium to oil prices.

Could the rise in crude prices be very strong? This is unlikely, barring widespread turmoil in the region, as the market is running  a large surplus. Indeed in December OPEC and the allied countries were forced to increase their production restrictions to 2.1 million barrels per day to try to support prices. Saudi Arabia, allied with the United States and in conflict with Iran, would probably not remain deaf to the demands of the US President if he complained about prices being too high. Furthermore, if oil prices were to remain high, investments in US shale oil would pick up again, which would inevitably bring down prices within a few months.

Nevertheless, a rise of 5 dollars per barrel on a consumption of almost 100 million barrels per day would represent a consumer tax of $183 billion a year, or 0.1% of world GDP.

Enthusiasm on the first day of the year was dampened by the publication of US Manufacturing ISM coming in at 47.2 vs. 49 forecast. Remember, that a figure below 50 means that purchasing managers expect a slowdown in activity. This concerns Manufacturing, but on Tuesday, we await the figures for Services, which have a much greater weight in the economy.

The first main week after the Christmas holiday will be packed with figures that could move the markets: ISM non-manufacturing in the USA on Tuesday, eurozone inflation on Wednesday (national figures show stronger-than-expected price growth), industrial production in Germany on Thursday and the US employment report on Friday.

The strong return of geopolitical uncertainty is likely to weigh on equity prices in the short term. Given the rally at year-end, a correction period would be quite normal.  Will it be extensive? It may not be as long as the economic context remains intact and does not deteriorate much more. The major support levels for stock market indices are 5-7% below current levels and could be entry points, all other things remaining equal.