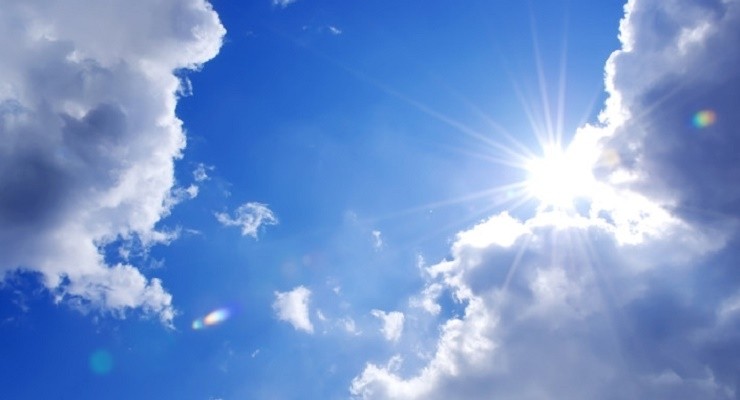 Growth could stagnate in the short-term

Despite rising probabilities, we believe the recession is not the most likely outcome over the 2022-24 forecast horizon. In the short-term, economic data will continue to show a weak picture and uncertainty around inflation will remain high. We revise down our growth forecasts to below-trend level. On a net base, downward revisions for growth were somewhat higher for the US and Germany within the eurozone (see table 1).

We expect a quasi-stagnation in the coming months as high energy prices, supply-chain problems and China's lockdown keep the pressure high on inflation and central banks. This will continue to weigh at least temporarily on consumption and business investments. The underlying fundamentals remain however positive for the coming quarters as the job markets remain strong and government expenditures will remain high, especially in the eurozone. This should generate positive multiplier effects as inflation starts coming down.

Inflation will likely peak in the coming months. The normalization will however be very gradual and will probably be spread over the next 18 months. The trend change for inflation is expected in the coming weeks for the US and with some delay also in the eurozone (see table 2).

The key factors leading to the peak in inflation are: (1) lower base effects (price levels will gradually be compared to higher levels one year ago), (2) a stabilization of oil prices (3) improvements in the supply chains and (4) weaker demand due to rising interest rates.

Inflation should settle above its pre-pandemic average in most countries. Indeed, the energy transition and on-shoring of supply chains are set to keep inflation higher compared to the last 10 years.  We do not expect runaway inflation linked to a wage-price spiral thanks to a more flexible labor market (lower unionization rates), more competitive goods markets and central bank credibility.

Key risks to the economic outlook

The main risk is related to higher and more sustained inflation. The key driver of such a scenario is a structural change in inflation expectations, a so-called “un-anchoring” of inflation expectations. This would force the central banks to push rates even higher than currently expected to break this trend. The risks remain moderate especially for the eurozone. Another source of risks is related to geo-political factors in particular tensions be-tween Russia and the Ukraine and between China and the US. As an example, a full stop of Russian gas exports to the eurozone would increase sharply the probabilities of a recession in this region.

The ECB held an extraordinary meeting on 15 June, barely a week after its monetary policy meeting, to stop the bleeding in the markets, and in particular the rapid rise in Italian long rates and the tensions on Italian spreads (yield spreads between Italian and German bonds).

The ECB decided to use the reinvestment flexibility of the pandemic bond buying programme PEPP. In practice, it means they will redirect all the weekly reinvestments not according to the ECB capital key, but rather to one or a few countries whose spreads have widened too much, like Italian bonds. However, this tool has its limits when several countries are under stress, as the amounts may be too small, unevenly distributed over time and the tool lacks a signal effect.

Both tools will allow the ECB to pursue its plan to raise policy rates, even aggressively, without triggering a sharp sell-off in peripheral bonds. This gives more credibility to the ECB's policy stance.

We expect German bond yields to continue to rise due to persistent inflationary pressure and the hawkish attitude of the central bank, but only moderately and slightly below market expectations. Our 12-month targets are 1.50% for the 2-year yield and 1.75% for the 10-year yield.

The US Federal Reserve

The Fed decided to go bold and go against its initial guidance by raising policy rates by 75bps to 1.5-1.75% at its June meeting. The surprisingly high CPI inflation print of May and the rise in the 5-10-year consumer inflation expectations from the University of Michigan may have forced their hand. The Fed cannot allow high inflation to become entrenched. It must therefore proceed with massive rate hikes to show its commitment to bringing inflation back to the 2% target and maintain its credibility. The median rate forecast from Fed members suggests that the Fed will raise rates to 3.4% by the end of the year (which is much higher than the neutral or long-term equilibrium rate which is estimated to be around 2.5%) and only modestly in 2023 to 3.8%, before cutting rates in 2024 to 3.4% .

We believe this unusual 75bps move opens the door for another at the July meeting. This could be followed by a 50bps hike at the September meeting. After that, the pace will be reduced to 25bps for the next 2 meetings, as inflation will have reached a peak and the neutral rate would be reached and exceeded. This puts the policy rate at 3.5% by the end of the year and this should be the highest level for this cycle (terminal rate). As implied by the Fed, we also envisage some rate cuts by the end of 2023, as the Fed will no longer focus on fighting inflation but on preventing a recession. Indeed, it is rare for the Fed to embark on a rate hike cycle while expecting growth to decelerate and unemployment to rise over the next three years.

In terms of bond yields, we expect a flat yield curve in 12 months time, suggesting that the risk of recession has increased significantly. We expect the 2-year and 10-year yield at 3.25%.