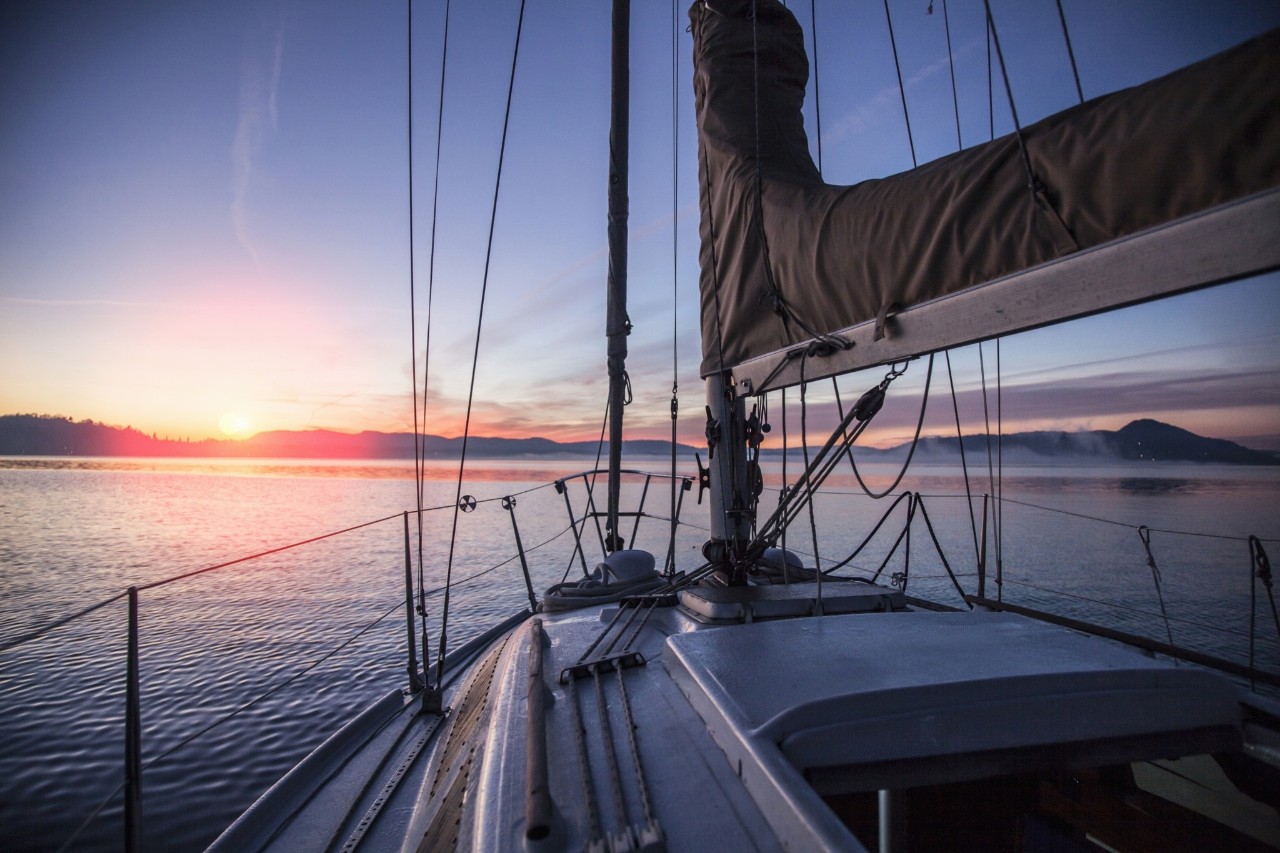 The manufacturing contraction in major exporting economies along with the uncertainty about international trade created recession fears but currently, there are tentative signs of stabilisation, which we consider an underlying trend of improvement. On the back of the recently struck Phase-1 trade deal between the U.S. and China and the continued support from major central banks, global growth is expected to recover modestly after the first quarter of 2020. However, the pace of recovery is expected to be weak by past standards. Long-term structural forces (e.g. deglobalisation and adverse demographic trends) compress the natural rate of interest and as a result, make monetary stimulus harder for central banks, especially in advanced economies. These forces also limit the upside for bond yields.

US: Mild slowdown before growth picks up

Our base scenario for U.S. economic growth is a soft landing during the first half of 2020. Despite the current strength of the economy, we expect that weak business investment and manufacturing will limit the positive effects of robust private consumption and the tight labour market. Despite the “Phase 1” trade deal with China, business investments and manufacturing might remain subdued in 2020, due to tepid economic growth outside the U.S. and uncertainty linked with the outcome of the upcoming elections and the possibility of policy changes. On the back of easing financial conditions, improvements in long-term productivity, and business investments, we expect economic growth in the U.S. to recover in the second half of 2020 and in 2021.

Our forecasts for growth are 1.5% for 2020 and 2.0% for 2021. Inflation is also expected to strengthen in the near-term due to base effects, wage inflation passing through to consumer prices, and secular support from healthcare and housing costs. Regarding the widely expected U.S.-China “Phase 1” trade deal, our view is that it constitutes an important step in the right direction. While the direct impact of the trade deal on the U.S. economy is expected to be marginal, its effect on global sentiment may yield indirect effects by releasing pent-up demand and especially new business investments. It is worth noting that the next rounds of negotiations will include contentious issues of strategic significance and the achievement of a more comprehensive deal will be much more difficult. The Federal Reserve held its policy rate steady in December after concluding a cycle of three consecutive 25bps rate cuts, citing the risks posed by the global slowdown. The members of the FOMC view the current policy as appropriate and will maintain it through 2020 unless there is a surprise change in the outlook. As growth and geopolitical concerns recede, we no longer expect the Fed to cut rates in 2020. We assume that policy rates will remain at current level through the year.

Economic growth remains fragile in the Euro Area, but a recession in the short-term does not seem likely. Despite encouraging signs of stabilisation, we expect a pronounced weakness over the next few quarters, as the trade shock has not yet fully filtered into the wider economy. On the other hand, accommodative monetary policy and an improvement in global sentiment will probably lead to higher investments and a more favourable environment for the Euro Area’s exporters. In addition, draft national budgets for next year indicate that the fiscal policy of major Euro Area economies will be modestly supportive in 2020. In our opinion, the Euro Area economic growth will recover modestly during the second-half of 2020 and will pick-up in 2021. Our forecasts for economic growth in the Eurozone are 0.8% for 2020 and 1.3% in 2021. Risks to the outlook are fairly balanced. A deterioration of trade relations between the U.S. and Europe (possibly including car tariffs) is a major downside risk. Our view on core CPI inflation is that it will modestly rise in the beginning of 2020. Structural factors such as an ageing population, globalisation and automation, along with a widening output gap will keep the HICP inflation anchored around 1% in 2020 and in 2021. We expect the ECB to maintain its hyper-accommodative stance over our forecast horizon of 2020-21. The threshold for further easing is quite high, in our view, as QE limits and the side effects of negative rates would make additional measures potentially controversial for some members of the Governing Council.

The landslide victory of Conservatives in the national election gives Boris Johnson a clear mandate to implement his agenda and clears the way for the UK to exit the EU by the end of January 2020. The optimism from the final resolution of Brexit will probably give way soon to worries about the transition period, especially after the commitment of Boris Johnson to sign into law the prohibition of a transition period extension. After the “divorce deal” between the EU and the UK is signed, a new phase of difficult negotiations about the post-Brexit UK-EU relationship will begin. Uncertainty could thus remain high in the coming months. Meanwhile, election results solidify our conviction for a supportive fiscal policy this year, with the package of fiscal measures boosting GDP growth by 0.8% in 2020. Conservatives are in favour of a modest fiscal expansion but their measures will come on top of significant spending measures announced in September. At the same time, Boris Johnson has unveiled some investment plans for new infrastructure. We anticipate a slight growth slowdown in 2020 and a reacceleration of growth in 2021. Our GDP growth forecasts are 1.1% in 2020 and 1.7% in 2021. Overall, we expect the policy rate to remain on hold during our 2020–21 forecast period, given the lack of both price pressures and clarity over the second phase of Brexit negotiations.

In 2020, the Japanese economy will likely avoid a recession, as a further slowdown in exports and production is unlikely. Despite the weakness of the Japanese auto industry, there are signs of a modest recovery in technology exports and a stabilisation of exports in capital goods. The “Phase-1” deal between the U.S. and China will release some pent-up demand and will likely provide a boost for Japanese exports. In the face of weak economic growth, the Japanese government announced a multi-year fiscal package equal to ¥13tn or 1.9% of GDP, destined for infrastructure upgrades, reparations of damages from a recent typhoon, and investments in new technologies. It is worth mentioning that ¥8-9tn (1.4% of GDP) will be fiscal spending, with ¥3-4tn used for public infrastructure. Our GDP growth forecasts are 0.2% in 2020 and 0.7% in 2021. In our view, the dissipation of downside risks and the government’s supportive fiscal policy will allow BoJ to keep rates on hold during our forecast horizon.

Overall economic growth in Emerging Markets is expected to be soft during the first quarter of 2020, and then to accelerate for the rest of the year, thanks to a lagged response to substantial monetary policy easing that has already taken place in most EMs. This cyclical recovery in Emerging Markets is in line with our base scenario for global growth recovery in the second half of 2020 and in 2021. Inflation across most emerging markets is expected to remain under control and relatively close to the desired level of central banks. Despite near term swings in headline inflation, core inflation seems to be trending structurally lower due to various structural factors such as technology and globalisation. Low inflation and sufficient space for rate cuts entail more monetary easing to come in some EMs. However, we believe that the bulk of rate cuts has already taken place. After a year of structural, cyclical, policy-related and external shocks, growth in China is expected to slow in 2020 under a major pressure from the property sector, where leading indicators point to a deterioration. On the trade front, the recently struck “Phase 1” deal with the U.S. seems to end the trend of escalating tariffs, at least temporarily. Despite the good news on trade, the Chinese economy remains in a transition phase and faces multiple headwinds. Therefore, we expect a deceleration of growth in China from 6.1% in 2019 to 5.7% in 2020 and a marginal pick-up in 2021 to 5.8%. Regarding consumer prices in China, we anticipate that skyrocketing pork prices will lead to a headline inflation peak at almost 5% (y/y) in Q1, but subsequently the effect of this phenomenon will fade. Monetary and fiscal authorities are expected to employ countercyclical policies against downturn risks but we do not anticipate any aggressive measures.