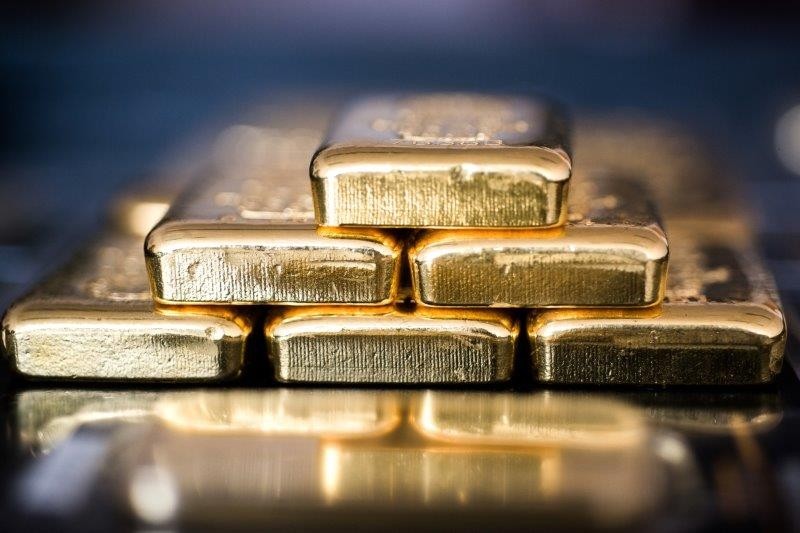 The gold selloff that followed the vaccine news seems excessive. Vaccines may solve the sanitary crisis but the economy will continue to struggle, with bankruptcies and high debt levels requiring central banks to keep their ultra-loose monetary policies for quite some time. Negative real interest rates and inflation fears are the key drivers that should take gold prices above $2,000 in 2021.

Since its intra-day high of $2,075/oz on 7 August, gold has retraced 14% (as of 30/11).  The selloff accelerated after Pfizer and Moderna announced that their vaccines were ready and highly effective.  Gold was sold on bets that the imminent rollout of vaccines will help drive an economic recovery that would boost risky assets, such as equities, and reduce the need for safe-haven assets.

The end of the Gold bull market?

Vaccines may solve the current health crisis but the economy will continue to struggle with bankruptcies and high corporate and public debt levels.

Elevated debt levels are manageable as long as interest rates remain below the nominal growth rate (real growth + inflation) of the economy. So the incentive is strong for central banks and governments to keep interest rates as low (and for as long) as possible.

Real rates are key for gold

The Fed’s new strategic approach on inflation implies allowing for periods of inflation overshoots above the Fed’s 2% target to make up for prior undershoots. This is a boon for non-interest-bearing gold. The ECB is on track to adopt a similar approach.

In the immediate future, as the pandemic threat worsens in the US, both the ECB and the Fed might be tempted to increase their monetary stimuli, as fiscal relief programmes are being blocked by political gridlock in the US and the eurozone.

So real interest rates should remain negative for longer in US, Europe and Japan. Strangely, gold has dropped even as the volume of global negative-yielding debt soared to a record high of more than $17.4 trillion.

In a world of negative-yield Sovereign bonds, gold actually looks better as a zero-yield asset.  This is why real rates are so important to the precious metal.

Gold will continue to be supported by inflation fears

Inflation expectations are low, but a number of investors do fear the medium-term inflationary consequences of the massive quantitative easing programmes. Gold is seen as a hedge against the depreciation of fiat currencies on the back of excessive money printing.

Gold serves as a hedge against a depreciating USD

Usually gold is also viewed as a hedge against the depreciation of the US dollar. Widening trade and budget deficits, less favourable growth and interest rate differentials with the rest of the world (in particular Europe) could further weaken the US currency. Gold, like most major commodities, is typically inversely correlated with the USD. The recent evolution could prove to be a short-term anomaly.

Gold serves as a hedge against geopolitical risks

Although we are seeing a relatively quiet period today, unfortunately geopolitical worries are still present.

·       Jewellery demand is usually not a determining factor because it does not change dramatically from one year to the next. But 2020 is different (-29% in Q3) due to lockdowns in countries like India, a key market for jewellery, and the sharp price increase over the summer. A recovery is expected in the coming months.

·       Central banks appear less active in 2020. Russia, the biggest buyer of gold, has announced that it will stop its purchases from 1 April 2021. China has, however, continued to increase its gold holdings. Turkey and Kazakhstan sold part of their respective reserves last summer leading to a negative net contribution of central banks in Q3. We expect emerging countries to continue to diversify their reserves away from the US dollar. As a percentage of their GDP, their gold reserves are far off the level of developed countries.

·       Investors reduced their holdings in bullion-backed exchange-traded fund holdings in November, but not dramatically (<15% of the inflows year-to-date). AUM in silver-backed funds have also declined marginally. So the selloff is probably linked to the unwinding of speculative futures positions rather than to any substantial change in asset allocation.

·       The total gold supply fell 3% in Q3 year-on-year despite 6% growth in gold recycling. New gold mining projects barely compensate for the production decline of existing gold deposits. No major gold deposit discoveries have been made for the past 20 years, and the biggest mining groups are beginning to doubt whether they can keep production levels this high for very long.

A strong global and synchronised economic recovery leading to a significant steepening of the yield curve would be negative for gold. In such scenario, central banks would be perceived as being ‘behind the curve’ and real yields would increase.

This is not our main scenario but it cannot be excluded.

The real test for gold will come when central banks will consider unwinding their “whatever it takes” policies.

We are convinced that the present correction offers a medium-term buy opportunity. We believe that our minimum forecast level of $2,000 per ounce is realistic for 2021. We are also positive on silver, palladium and platinum as these precious metals will benefit from the increasing demand from industry (e.g. solar panels for silver, catalytic converters for palladium and platinum). We are also very positive on gold miners within equities.