Holy Week was a good week for stock markets. 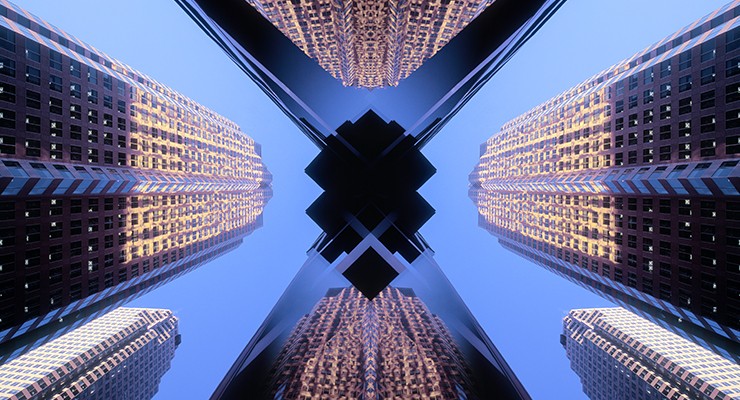 US and European stock markets registered their largest weekly rally in decades: +12% for S&P500 and +8.6% for EuroStoxx50. In our view, this reflects the easing of the Coronavirus contamination curve, hopes of an imminent relaxation of confinement measures and anticipations of an OPEC+ agreement to limit oil production.  Sectors that had been the worst hit (before the rally) recovered the most (e.g. tourism, automobile, construction). The energy sector, on the other hand, lagged somewhat, as the oil price had already anticipated an agreement the week before.

From a technical point of view, a rise of this magnitude is enough for analysts to be talking of another bull market, meaning that we have just witnessed the shortest bear market in history, lasting barely a month. The stock market rally seen over the last three weeks has so far followed the ‘V’ model we were hoping for. In the United States, the recovery is about halfway, while in Europe, a third of previous losses have been regained.

We hope that the markets will be further supported by the gradual resumption in economic activity in the coming weeks. However, we doubt whether stock markets will be able to register a full recovery in the near future, leading to new records.

The Coronavirus peak may have been reached…

In the meantime, nearly 2 million Coronavirus contaminations have been recorded worldwide. However, the number of new infections is tailing off in most countries, including the worst affected such as Italy and Spain. Even in the US, the peak may have been reached. Countries such as Austria and Denmark have already decided to relax lockdown measures, and even in Spain, the construction sector and numerous factories are resuming activity.

... but it will take longer to return to 'business as usual'

It is becoming clear that we will have to live with the Coronavirus until the end of 2020 (or until a vaccine is found). There could be fresh outbreaks after the gradual easing of confinement measures. For example in China, the number of new contaminations has increased again in recent days.

Some sectors where social distancing is difficult to apply will therefore remain paralysed for longer (e.g. hotel & tourism, cinemas, events industry). Furthermore, the fear of contamination and the loss of income will dampen consumer enthusiasm while business investments will take time to pick up. Hence, we do not expect a V-shape for the economic recovery. It should start in the third quarter, but it may take several years for activity to return to 2019 levels.

A round of 'second-chance' negotiations allowed OPEC and Russia (together with the US and a few non-OPEC countries) to reach an agreement to cut oil production by 9.7 million barrels per day in May and June, and by 7.7 million barrels per day for the remainder of the year. This will not be enough to offset the current decline in demand, but at least it is a step in the right direction.

The Eurogroup finance ministers finally agreed on an emergency plan of €540 billion.  One important aspect is that member states will be able to borrow from the European Stability Mechanism (ESM) without being subject to the usual requirement of having to stabilise their public finances immediately.

The Federal Reserve increased its lending facilities to $2,300 billion, for the benefit of SMEs, American States and municipalities and so on.

On the electoral front, Bernie Sanders threw in the towel, so the more moderate Democratic candidate Joe Biden will face Donald Trump in November.  The recent stock market crash, economic recession and explosion in unemployment have undermined Donald Trump’s chances of re-election.

This week, we await concrete figures that will reveal the impact of the Coronavirus

This week's agenda also includes virtual meetings of important political bodies, such as the IMF, the World Bank and the G20.

On Friday, we await the release of first quarter economic data for China that will be our first concrete touchstone in assessing the impact of the pandemic on the economy.

The reporting season begins this week, with American banks in the frontline. Although confinement only started in mid-March, analysts have sharply revised down their profit forecasts for the first quarter.  Consensus is now expecting a 10% decline for Q1. As for the second quarter, it is likely to be even worse, but followed by a recovery in the third quarter. It remains to be seen how companies will guide to their results for the second quarter or the full year.