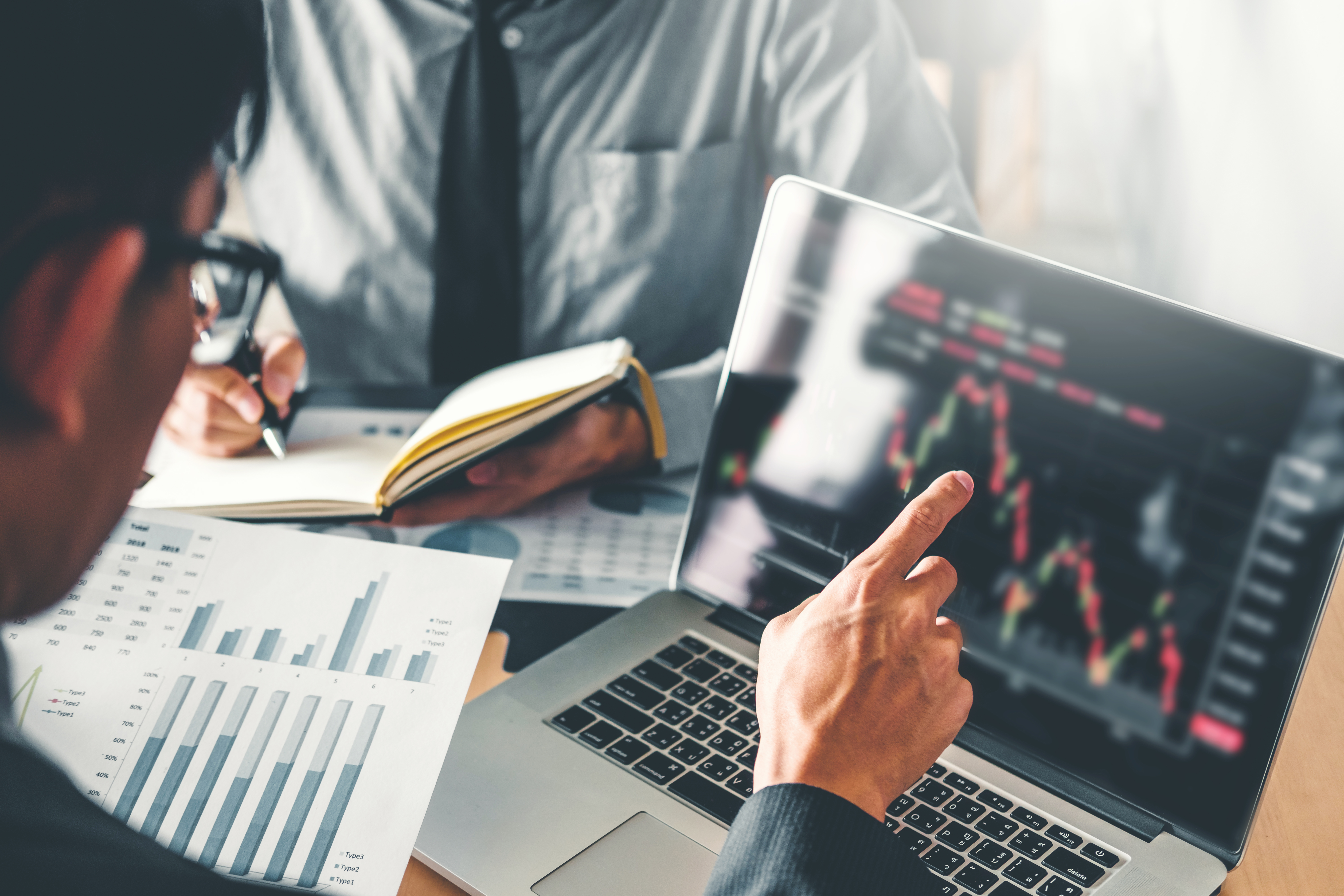 Monthly update on our investment strategy :

a) Economic growth will remain moderate and without inflation, so we exclude the risk of a recession. A truce has been signed between the United States and China.

b) Bond yields will rise somewhat to current levels that are too low.

c) Stock markets will deliver positive returns thanks to higher profits and dividends. Flows into equities will continue.

c) We need to diversify our bets as volatility will return during the year.

3. The ongoing consolidation is not over in our view; it will provide an opportunity to strengthen positions in the markets we like, namely the eurozone, the US and the emerging markets. Our preferred sectors are financials and energy globally and technology, and building materials in Europe. We turn neutral on health care (profit-taking).  Style-wise we prefer “Value” to “Growth”, and small- and mid-caps to large- caps. We recommend buying European convertible bonds.

5. We reiterate our positive view on gold for its diversification role (range revised up by $50 to $1450-1650). We keep our neutral recommendations on industrial commodities.  We are now positive on oil (forecast range is $60-70 for the Brent).

6. In alternative strategies, we are now also positive on Event-Driven strategies, adding it to our favourite strategies, which include Global Macro and Long/Short Equity. We are neutral on listed real estate (REITs).

The Chinese authorities have taken drastic steps to limit (as far as possible) contagion of the Coronavirus. Nevertheless, it is spreading and is now an international concern. There is huge uncertainty about how long the epidemic will last and its overall impact. The financial markets will react quickly to any new information on this uncertain subject.

We have a few observations about the economic impact:

1) The measures taken by the Chinese authorities will have a significant short-term impact on economic activity.

2) Today the Chinese economy contributes much more to the global economy than in 2003, at the time of the SARS, the last episode of a viral contagion often used as a comparison.

3) Production chains are much more global today, and there are fears that the impact of the Chinese slowdown will be global.

4) There is room for manoeuvre in terms of economic policy to respond to this shock. In the first few days of February, the Chinese authorities injected considerable liquidity, cut interest rates, and took administrative measures to help beleaguered companies.

Owing to the inherently temporary nature of this viral epidemic, we do not believe, at this stage, that the ongoing shock is sufficient to change our core scenario for 2020. The impact will be significant in China in the first quarter, and will likely prolong the weakness in the overall manufacturing sector, and increase an additional risk in the financial markets. The general trend remains the same, but the V-shaped profile will be steeper.

Our scenario for 2020 remains the same

Let's examine the key elements of our economic and financial scenario.

For more than a year, the global manufacturing industry has been in a recession, and leading economic indicators predict that this trend is not about to reverse. The recession in the sector over the past 18 months stems from two factors. First, the trade tensions between China and the United States. This factor has diminished with the signing of the Phase One agreement, but it will not disappear completely as the challenging Phase Two negotiations are likely to last (at least) until the US presidential election. Second, the contraction in the automotive sector. The shock of the epidemic will reinforce the contraction in manufacturing during the first quarter of 2020, with a potential rebound as soon as the epidemic ends.

We believe that this industrial recession will not spread to the rest of the economy. Indeed,  services and job creation remain strong enough (particularly in the United States and Germany) for the overall growth of the economies to be positive, albeit slowing. Wage growth is underpinning consumption without causing an acceleration in core inflation. The latest economic data were better than expected, particularly in Europe, but there are concerns that China may be slowing down with possible contagion to other Asian economies. Within this core scenario, the trough in the first half of the year will be deeper than expected because of the epidemic, but the rebound will also be stronger than expected in the second half. Growth is expected to accelerate once again in mature economies in 2021, albeit moderately.

The US, European, UK and Japanese central banks are not expected to change their accommodative monetary policies in the coming months (our base-case scenario). The Fed, which has put its monetary policy on hold since cutting rates three times in 2019, confirmed this again at its meeting in January. The ECB continues to use all the tools at its disposal, with negative official rates, very favourable TLTROs, a tiering system to help banks and, above all, a new phase of Quantitative Easing, with monthly purchases of €20 billion worth of bonds on the markets. Ms Lagarde has started a strategic review of the ECB and it will take time before any changes are made.

Many other central banks are maintaining a dovish bias, particularly in emerging economies particularly China, in view of the current epidemic.

Bond rates are also very low. They have fallen by between 25bp and 40bp recently amid tensions in China. Nevertheless, as our economic scenario is unchanged, we are keeping our forecast at 2% in 12 months for the US 10-year rate, and at -0.25% for the Bund. Bond yields are likely to rise if the expected economic recovery materialises.

There is one scenario in which bond yields could rise more than expected, namely, if aggressive fiscal stimulus policies are adopted to take over from monetary policies at the end of the cycle. This is the wish of central banks, particularly the ECB, on condition that states invest. For now, however, reflation measures remain very moderate, particularly in countries such as Germany and China, which have room for manoeuvre but not the political will. In the event that reflation measures become stronger than expected, we may revise up our forecasts for bond rates.

We maintain our positive view on the stock markets

Leading indicators are improving and 2020 could be the first year in 3 years to see global economic growth accelerate. The acceleration will be especially strong as at the start of the year growth will slow down in the wake of the epidemic in China. With a V-shaped growth profile in 2020, a recovery will continue in 2021. There are many reasons for this improvement: lesser trade tensions between China and the United States, the most accommodative monetary policies since the 2007 financial crisis, and a resumption of (albeit moderate) fiscal expansion in several countries.

Companies are generally communicating on an improvement in sales. Semiconductor sales, which are still interesting and often a leading indicator, are recovering. The new orders component within the PMIs is showing a reversal. These indices point to an ongoing trend in rising profits in 2020, especially as wage growth remains moderate. However, after a decade since the last recession, corporate profit margins are high. We would be surprised if the consensus does not revise down its current forecast of a +10% total increase in profits that factors in a rise in margins. In the final stages of the economic cycle, it is still very difficult to increase margins. A rise in profits of around 5% (low single digit) seems more realistic. This means that the total rise in the stock markets should be the same extent as the rise in profits, bearing in mind that we also expect a rise in bond yields.

At the beginning of the year, stock markets were in a slightly “overbought” situation, i.e. after their sharp rise in the last quarter of 2019, they were 7-8% above their 200-day moving average (200DMA). So a consolidation has begun. A return to these levels of 200DMA typically offers a buy opportunity. This is our view because there is a lot of cash, and there is not much alternative to buying shares (TINA, There Is No Alternative). This will be the case as soon as investors put aside their concerns about the Coronavirus, but we are not there yet.