Looking beyond the valley
DECODING YOUR
FINANCIAL UNIVERSE

Looking beyond the valley

For the second week in a row, equities closed in positive territory. 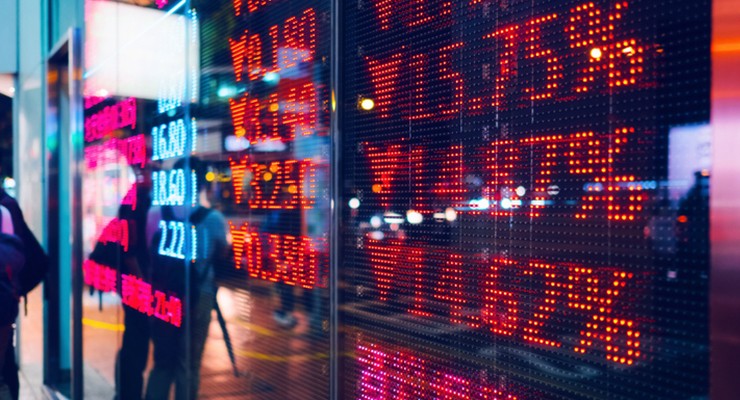 For the second week in a row, equities closed in positive territory.

Hopes of exiting lockdown and a restart in the world's major economies prevailed over the very poor economic figures, which reflected the scale of the recession. Over the week, the Stoxx Europe 600 index appreciated by 0.5% and the S&P 500 index by 3%.

Since their low in mid-March, the Stoxx Europe 600 has recovered by 19% and the S&P 500 by 28%. Investors were encouraged by the decline in the number of new cases of contamination, announcements of progress with potential drugs, President Trump's plan to reopen the US economy, and the credit market returning to calm.

Aggressive central bank efforts appear to be bearing fruit. The corporate bond market is once again playing its role as lender to beleaguered companies.  The carmaker Ford, whose debt quality was downgraded to junk, (it lost its Investment Grade status a month ago), managed to issue new bonds on Friday that attracted strong demand. That said, the company had to offer a large compensation for the risk: a coupon of 9.625% for a 10-year bond. High Yield bonds attracted a record $10.5 billion in the week ending Wednesday.

US: the depth of the recession

The market mindset has changed since mid-March but volatility remains high. Investors are torn between the good and bad news. The extent of the recession caused by confinement measures is taking shape every day. New jobless claims soared by 5.2 million last week, totalling 22 million over the past month, or 13.5% of the workforce. Retail sales fell by 8.7% and new housing starts by 22%.

China's first quarter GDP slid by 6.8% year-on-year. This is the first decline in more than 40 years. Investments in the first quarter fell by 16%.  The same number for March retail sales. These bad figures were anticipated, but came in worse than expected.  On Friday, the day of this announcement, China's main domestic equities index, the Shanghai Shenzhen 300, edged up by 1%.

A deluge of Treasury bills and bonds

On Monday, the US Treasury is auctioning more than $150 billion of paper maturing in 1 year or before. Over the past few weeks, it has flooded the market with these T-bills to finance the $2,000 billion stimulus package voted by Congress to boost the economy. So far, the market has absorbed everything without a blow given the insatiable appetite for safe havens. Few forecasters expect a rate hike as the Fed is committed to buying unlimited quantities of bonds to ensure the smooth functioning of the markets.

Towards a public debt crisis?

Will the ballooning public debt inevitably lead to a crisis? From an economic theory perspective, debt is viable as long as the nominal growth of the economy (real growth + inflation) is higher than the interest rate on debt. We believe this could be the case if the support measures help to kick-start the economy as soon as lockdown is lifted. With moderate growth and moderate inflation, nominal growth could be higher than the interest rates on debt that are extraordinarily low.

This also means that central banks should keep rates close to zero for as long as possible. For dollar-based investors, this is a new situation. They are discovering TINA (There Is No Alternative).

This week we will watch the different Purchasing Managers' indices for the eurozone countries. They are expected to be even worse than in March, exceeding all-time lows. First quarter corporate earnings are unlikely to be more reassuring, and this could spark volatility.

The markets appear to want to look beyond this sticky patch, and focus on the rebound expected in the second half of the year.  We think they are right to do so because we are optimistic about year-end and next year. But the rally was fast and furious, and driven by a (too) small number of stocks, especially technology giants. The return to normality could be a bumpy road.