This year is a turbulent one, to say the very least. So now that we are in the middle of the summer, it's time to pause and reflect on the markets and on today's particular investment environment. 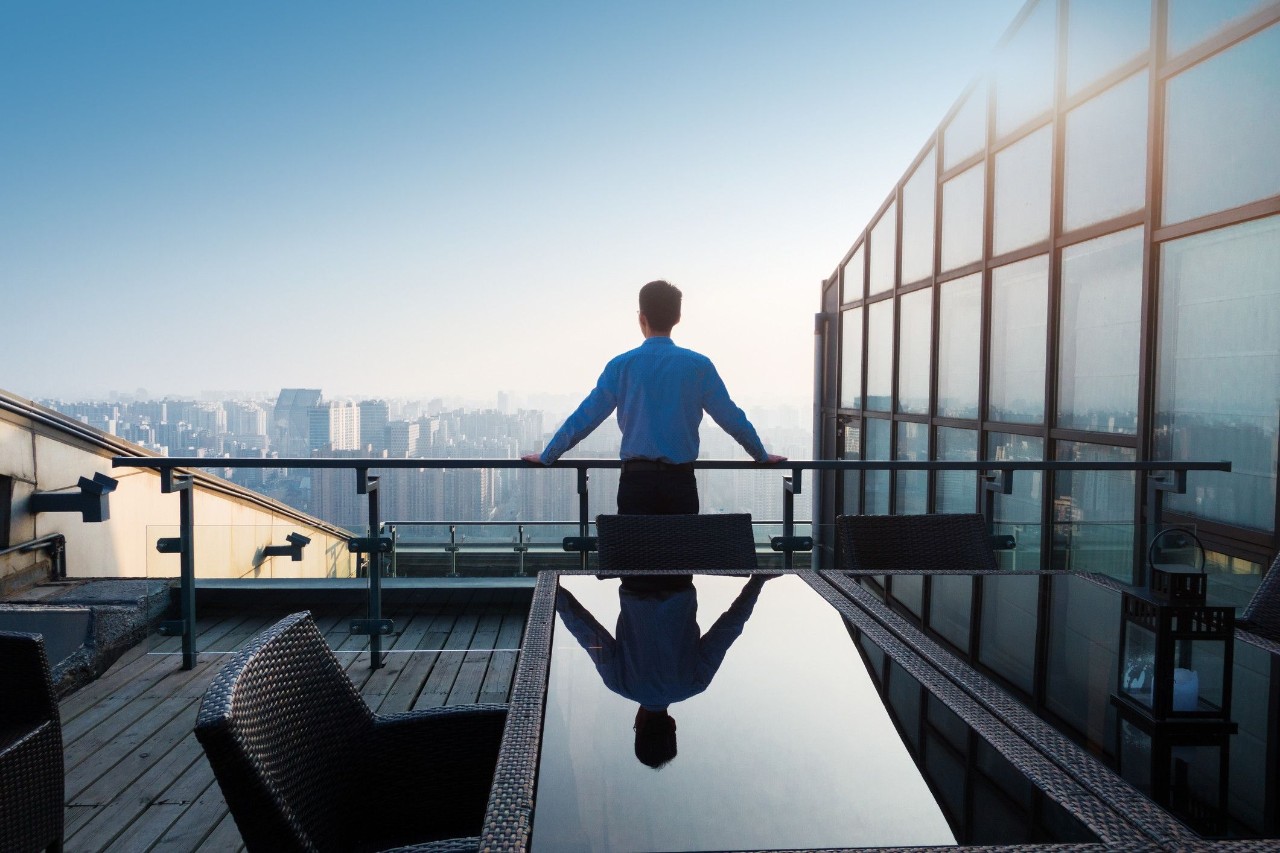 No one is omnipotent, and anyone who claims to be able to predict the situation in six months’ or one year’s time clearly has no idea of the future reality.  The question on everyone's lips is whether it's the right time to sell after the strong rally observed since the low in March. We will try to build this reflection with full knowledge of the facts.

A persistent gap between the markets and the economy

During the market meltdown and the "black" days of February and March, we were always of the opinion that we should buy on dips, although at the time no one could establish with any certainty the exact timing of the floor. In the end, our forecasts were only a few days out. In any case, first of all, we knew that crises of this magnitude, after and even during the Second World War, always provided buy opportunities. Our idea was that eventually, central banks would intervene by injecting masses of liquidity to shore up the system. This is indeed what happened, and in quantities that nobody thought possible.

This intervention led to a rally that has been longer than expected. Nevertheless, there is still a gap between the financial markets and the economic reality. That said, the latter has already improved significant and the first part of the recovery does indeed have a ‘V’ profile, which is not unusual for a global economy emerging from lockdown. Moreover, companies are reporting reasonable results, not just the technology giants. But let's not bury our heads in the sand: what we have just experienced was the easy part of the recovery. The point is not whether 90% (or even less) of the economy is back up and running.  The main challenge will be to return to 100%, in other words to the pre-crisis situation. We can say that in the short term stock markets anticipated the economic reality (reflected in the rally), particularly as the virus is not at all under control in the United States. Elsewhere in the world, there is a resurgence in Covid-19 cases and fears of a second wave of the epidemic abound.

Without a vaccine (the timing of which remains uncertain) we will never return to normality, and even with a vaccine, we may still never.  That said, we remain resolutely convinced that the human and material resources invested will at some point make it possible to develop one or several vaccines and effective drugs. Whenever progress is reported on this front, the stock market rallies. Given this phenomenon, pessimism is not a good strategy.

But that's not everything. If we look at the post-Coronavirus world, a clear trend is already taking shape. We will be living for quite some time in a world of very low (or even negative) interest rates. The real interest rate is the nominal interest rate minus inflation. And real interest rates are currently very low, to the great dismay of central banks which seek price stability. In recent years, neither low interest rates, nor quantitative easing, nor the amount of liquidity injected by central banks were enough to drive inflation significantly higher in the real economy. Nevertheless, all this intervention has supported the equity markets, bonds, real estate, art and precious metals. In other words, all assets.

However, this time the situation is different. In addition to central bank interventions, the authorities are embarking on massive fiscal stimulus schemes. We are seeing this phenomenon all over the world, and in the United States even to the tune of trillions of dollars. Having said that, perhaps the European Recovery Fund is the most meaningful in this context. For the first time, common debt is being issued, which is likely to enhance cohesion within the eurozone. That said, the most important thing for our scenario is that such capital flows into not only the financial world, but also the real economy. This could gradually create a little inflation, for the first time in many years. On top of this central banks will keep interest rates at particularly low levels for a very long time, and  we expect low or even negative real interest rates until the end of our forecast horizon, however far in the future that may be.

Investing in a world of negative real interest rates

A world of negative real interest rates is a world governed by rules other than those explained in textbooks, rules that we are not used to.  For a start, some types of investment yield a negative return. Once the interest rate on a savings account is lower than inflation, the holder loses some of the purchasing power of his/her capital every year.

Perhaps thought should be given to replacing the warning ‘Beware, borrowing money also costs money’ with ‘Beware, saving money also costs money.’ The other side of the coin is that if you can borrow at a level below inflation, you are in real terms being paid to take out a loan. As a result, real estate remains a very attractive investment despite the steep increases of recent years and even assuming that prices do not rise again. And what is true of property is true of almost all real assets. All investments that generate a positive income stream become particularly valuable.

So also with equities, through which the investor acquires part of a company. Earnings may still remain under pressure in the coming quarters, and dividends may be cut or even postponed. But the fact is that low interest rates will persist for much longer than earnings. A rate hike will only occur when the economy gets back into full swing. In other words, the positive effect is more lasting than the short-term negative effects. To sum up, one could say that in a world of negative real interest rates, the rules are different. As a rule of thumb, real assets can perform particularly well.

If the outlook is positive in the long term and uncertain in the short term, we could aim to take profits to make further purchases at lower levels. There are certainly arguments justifying this. Taking some profits after a rise like the one that began after the low in March is certainly not a bad idea. But in practice this is easier said than done! For a tactic to pay off, the timing must be perfect both times: at the time of selling and at the time of buying.  Particularly in the short term, stock markets can be particularly irrational. Perhaps there will be no pullback. When markets start rising again, even after a downturn, then hesitation usually outweighs reason. That explains why so many investors who missed the recent rally still have large amounts of cash. Scientific studies have also shown that missing even a few days of a rally has a very negative effect on returns.

This does not mean that we should lower our guard and stop constantly rethinking portfolios. After all, it is mainly the allocation of assets, i.e. the weighting of each of the different asset classes that is likely to significantly benefit the return.

A captivating second half in sight

After the summer, we will undoubtedly witness some volatile and exciting months. And the same will be true for 2021. The main thing is to continue to assess the situation on an ongoing basis and, above all, to try to determine the ideal allocation between different asset classes. Regardless of market timing, we are increasingly moving towards a world of persistently negative real interest rates, a world governed by new rules. A world in which, in the longer term, real assets will outperform cash.

This summer will be a strange and memorable one to say the least, a summer dominated by safety- yours and that of all those dear to you. But perhaps also a summer during which we should ponder the post-Coronavirus world, which we hope to enter soon.