Performance review for 2020, by asset class

Most assets recorded a positive performance thanks to a strong rebound at year-end. 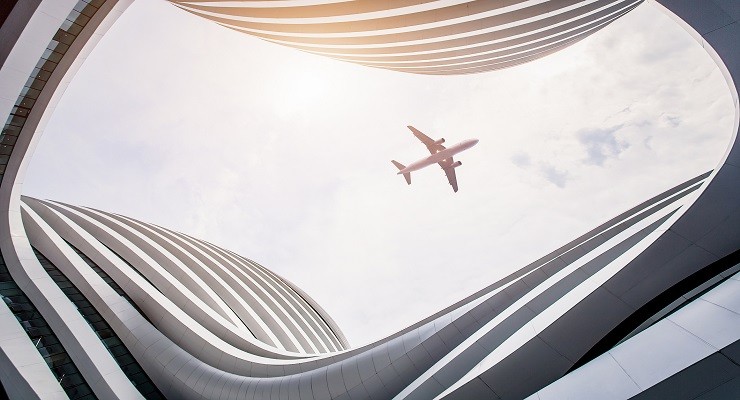 •        Incredible but true: most asset classes finished the year with a positive performance despite the collapse during the first Covid wave in spring last year.

•        Equity markets saw a spectacular rebound especially after the announcements of the discovery of vaccines and fading uncertainty surrounding the US elections. Emerging market equities were in the lead, followed by the US (especially technology) and Japanese markets. European markets were lagging a bit with the German markets rebounding most.

•        Almost all fixed income asset classes recorded solid returns in 2020, with the exception of emerging bonds in local currency once converted into euro, as the euro strengthened through the year.

•        In currency markets, the key trend was the weakening of the US dollar.

•        Precious and industrial metals did very well. Energy saw a nice rebound but not enough to compensate for the sharp fall at the beginning of the year.

Using a global equity index, the MSCI World US$ recorded a performance of +14% in 2020. In the US, we observed strong returns in 2020. Even more impressively, the NASDAQ recorded a +47.6% return over 2020. For the technology firms, the “Awesome 8” stocks (Amazon, Apple, Facebook, Google, Microsoft, Netflix, Nvidia and Tesla), that are part of the NASDAQ, the Covid-19 pandemic was an opportunity to develop their offers and client base. In Europe, the story was different with many markets losing ground. The STOXX 600 (in euro) lost 4% with the UK’s FTSE 100 and the Spanish market losing almost 15%. The German DAX performed much better with a positive performance of +3.5%.

In Asia, the Japanese Nikkei 225 index and the KOSPI index (South Korea), on the other hand, performed well, delivering +16% and +30.7% respectively. Asia was hit by the virus earlier than Europe and the US, and economies recovered earlier and more vigorously. In emerging markets, the performances were contrasted. The MSCI Emerging Markets (in USD terms) rose by 15.8% in 2020 with the MSCI EM Latin America (in USD terms) showing a negative performance with -16%, notably pulled down by Brazil, which is the world’s third most affected country by the virus (almost 8 million cases of infection). The MSCI EM Asia (in USD terms) performed very well last year with +26%, led by China, which was the most resilient economy to the virus. China is expected to be the only major country to have posted positive GDP growth in 2020 and the stock market (CSI 300) delivered a performance of +27.2% last year.

As a comparison between the EU and US equity markets, the MSCI North America outperformed the MSCI Europe by 22.6%. The MSCI NA finished the year with a great 18.6% rise in value, fully recovering from its Q1 2020 losses. The MSCI EU performance was more disappointing as its value fell by 3.7% last year, unable to bounce back from the successive lockdowns.

In the EU and the US, the indexes were driven by the IT performance, respectively of +13.8% and +44.3%. The sector performance was due to the exponential rise of online orders and online shopping during the “stay home” period. On the other hand, the energy sector negatively impacted these indexes the most in 2020. Its performance was quite similar for both, -34.5% in the EU and -37.2% in NA.

﻿Fixed Income markets performed very well in 2020. The Bloomberg Barclays Global Aggregate index, which comprises sovereign and corporate bonds in both developed and emerging markets, gained 9.2%, its best return since 2007.

The Covid crisis triggered an unprecedented response from central banks. They lowered their policy rates and started/increased their bond purchase programmes, sending most bond yields to their historical lows and sending the amount of negative-yielding debt to a historic high. Hence, government bonds gained in 2020: +7.9% in the US, +3.0% in Germany, +7.9% in Italy, +10.5% in Greece and a bit more than 4% in France, Spain and Portugal.

Emerging bonds also showed strong returns as investors looked beyond the crisis and searched for yield. Emerging bonds in hard currency gained 6.5% (in details, +7.1% for government bonds and +8.4% for corporates). Returns for local bonds were also up. However, emerging currencies depreciated against the dollar and the euro in 2020. Therefore, once converted into dollars, the gain diminished to +5.3% and when converted into euros, local bonds dropped by 3.4%.

The euro recorded a strong performance against the dollar especially since March. The Covid-19 crisis first led to dollar strength with a fall of the value of one euro to 1.07 on 29 March. As risks gradually fell in an environment of a low interest rate differential, the dollar depreciated gradually with a value of one euro rising to almost 1.23. Over 2020, the dollar depreciated by around -8%. The interest rate differential should stay low for a long time as the Fed allows the inflation to overshoot the target without hiking rates.  The British pound suffered from the Covid-19 crisis and Brexit negotiations. Sterling ultimately lost -5.3% against the euro in 2020, and hovered at around 0.9 (value of one euro) thereafter. The last-minute Brexit deal came in a context of new lockdown measures leaving Sterling broadly unchanged.

The Japanese yen rose by +5.2% against the dollar in 2020, ending the year at 103.24. Being a safe-haven currency, the yen benefitted from prolonged uncertainty related to the US-China trade tensions and the different waves of the virus.

Cyclical currencies related to commodity exports such as the Australian and New Zealand dollars did particularly well. The Swedish currency was the best performer of our universe both against the dollar and euro. The country has cyclical properties and generally a smaller services sector.

Last year, the Brent posted a sharp fall with -24.4%. This performance can be explained by the increase of OPEC+ production, fears of more lockdowns, supply concerns as Libya might be able to export. Gold and precious metals in general performed very well in 2020, especially gold which was seen as a hedge against the long-term effects of massive “money printing” and political tensions. Silver returned +46.86% in 2020, supported by the strong demand for precious metals and central bank stimulus. Industrial metals (especially copper) performed very positively with a 16.3% increase over the year. They benefitted from the rebound in Chinese industrial production, rising demand linked to energy storage and supply disruptions.

Alternative investments posted a strong performance over December, with significant beta contributions in equity and credit strategies driven by positive vaccine news. Long-Short equity benefitted from net long exposure while Global-Macro generally gained from short exposures to the US dollar, and to a lesser extent, from curve steepeners in the US.  Over the year, Event Driven and Long-Short equity were able to record a positive performance with 4.4% and 0.9% respectively. Global-Macro was the worst performer.

Prices of commercial Real Estate Investment Trusts (REITs) also benefitted from the risk-on environment in December. For the year as a whole, all regions however recorded a negative performance and lag equities markets. In relative terms, the eurozone delivered the best performance with -7.4%. The UK suffered more than other developed markets. The worst performance was seen in some emerging markets, especially outside Asia.