The vaccine-driven rally is running out of steam

After the momentum in the markets in November, the rally driven by vaccine news calmed down last week. 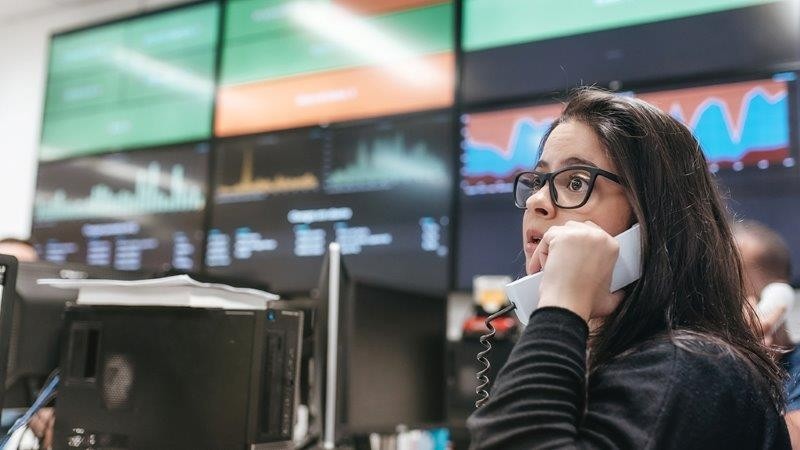 New records for US stock markets...


While the European stock markets closed the week on modest gains (STOXX Europe 600: +0.2%), the US markets set new records (S&P500: +1.7%). In Europe, the cyclical sectors performed well, while in the US, technology, health care and energy stocks were among the winners. Energy stocks followed the rise in oil prices, boosted by the agreement that was reached by the OPEC + countries to increase production volumes at a slower pace. Most metal prices also rose on the back of cyclical optimism over vaccines.

Bond markets have also seen significant changes in recent weeks: while interest rates fell to historic lows in Southern Europe, the US 10-year yield rose to 0.97%, its highest level since March and nearly double its low of 0.5% in August. This was due to the markets’ anticipation of an economic recovery from vaccines and of a more inflationary policy by Joe Biden. However, the US dollar weakened despite the advantage of higher interest rates. In fact, not only the interest differential, but also the inflation gap between the US and Europe could widen. And when the market is more risk averse, it is less likely to turn to safe havens like the US dollar.

... but unfortunately for US Coronavirus figures too

While Europe is clearly moving away from the second wave peak of the Coronavirus pandemic and is gradually easing lockdown measures, the numbers of new infections, hospitalisations and the death toll are at record highs in the US. Is this a side effect of Thanksgiving? In the meantime, vaccines have been launched in Russia and the United Kingdom. The US will follow suit shortly, and Europe will follow early next year. But in any case, it will take until after the summer of 2021 before a sufficient proportion of the population has been vaccinated.


The effects of the second wave of the pandemic were clearly apparent in November judging from the sharp drop in services PMI across Europe (to 41.7 points). The industry confidence indicator, on the other hand, held up relatively well (53.8 points). In the United States, business confidence has been barely affected so far by the resurgence of the virus. ISM indicators were only slightly down and are still at historical highs (57.5 points for industry and 55.9 points for services). Consumer confidence and job creation are bearing the brunt.  Although new jobs were created in November, the 245,000 units reported were a long way off the forecast (460,000 new jobs) and the 610,000 created the previous month. Still, job creation was sufficient to bring unemployment down further to 6.7%. Due to the acceleration in the pandemic and new lockdowns decreed in some States, we expect to see a pause (or slowdown) in the coming months in the labour market.

Meanwhile, the Chinese economy is running at full speed with PMIs continuing to grow: 56.4 points for industry and even 57.8 points for services.

So far, the markets have ignored the political stalemate in the Brexit negotiations, the US stimulus programme and the ratification of the European Recovery Fund. The UK-Europe trade agreement still faces significant discrepancies over the level playing field for corporates (for example, unfair competition due to overly flexible employment legislation in the UK), dispute resolution and fishing. The initial deadline of 15 October was overshot a long time ago, but negotiators will continue to work on making extensions this week. This is the ‘last chance’ week, it is said... but there is little chance that a deal will be approved by 1 January, so it is better to anticipate a 2021 which will begin with a ‘hard’ Brexit, at least temporarily until partial agreements are potentially reached.

An exciting new week ahead

Although the countdown to Christmas has already started, investors will be entitled to a packed agenda this week. Brexit negotiations once again embark on a ‘last chance’ week, while it is hoped that the new European summit will result in an agreement on the long-term budget and the Recovery Fund. On Thursday, the ECB will hold its last meeting of the year. Christine Lagarde has promised additional monetary incentives, so we are curious to see what new rabbit she will pull out of her hat this time - unless she just adds a layer to what already existed. In the US, attention remains focused on the pandemic's new peak and on negotiations over the next stimulus programme. However, there is also an urgent need for both sides to reach an agreement on government financing, otherwise the US will face a government shutdown from 11 December. In view of all these issues, it remains to be seen whether the markets will still manage to keep their calm.