Too fast, too strong...or not?

Boosted by positive health, monetary, fiscal and even economic surprises, stock markets ended the week on a strong note. 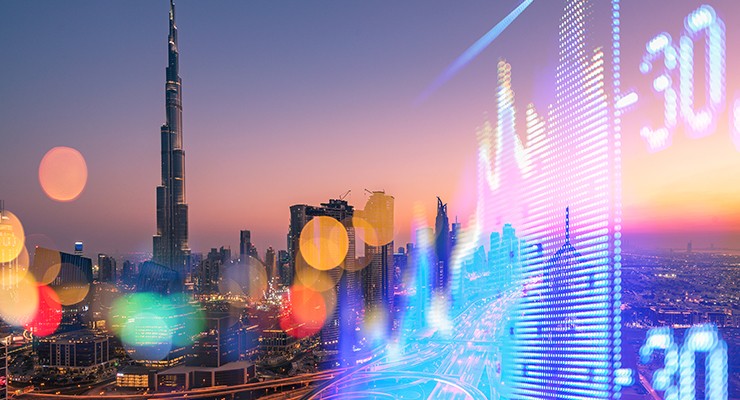 For the week as a whole, the Stoxx Europe 600 index was up 7.1% and the S&P 500 closed up 4.9%. The biggest surprise came from the US job market. The dollar weakened and US Treasury bond yields rose.

In terms of monetary policy, the ECB surprised the markets by increasing its PEPP (Pandemic Emergency Purchase Programme) by more than expected (+€600 billion), bringing the total to €1,350 billion. This programme was extended to June 2021. The Fed also innovated by including in its bond purchases some sovereign bonds (issued by the State and some major American cities).

On the fiscal front, the very virtuous Germany decided on a new effort of €130 billion (4% of GDP) that adds to the €353 billion of emergency aid and €852 billion of loan guarantees. At the European level, the Recovery Fund of €750 billion is still under debate.  In Japan, there is an additional $1,100 billion.

An historical US jobs report

The week's biggest surprise was on Friday with the creation of 2,509,000 jobs in the US vs. the consensus forecast of a loss of 7,500,000 jobs.  The unemployment rate fell from 14.7% to 13.3% versus 19% expected. This pick-up in employment linked to easing lockdown is unfortunately not observed across the US population. The unemployment rate among Afro-Americans has soared to 16.8%, the highest level since 1984.

The markets seem to be ignoring the risks

The risks are numerous and have not faded: i) the epidemic resurges, ii) the economy restarts too weakly or too slowly, iii) social unrest persists, iv) US-China tensions escalate and v) new Brexit tensions arise.

One could argue that perhaps the first three should not materialise immediately. Perhaps another wave of contaminations is more likely in the autumn/winter than in the summer? Perhaps we need a few months to be able to gauge the extent of the lasting damage to the economy? And perhaps social tensions are more likely to occur after the summer than during the holiday period?

The risk of escalating tensions between the US and China is harder to comprehend, because President Trump is totally unpredictable. His anti-Chinese rhetoric pleases American voters. Will he keep his rhetoric without making any concrete actions that could harm the stock markets? At most, one can hope that the President does not take this risk because he often highlights the stock market performance to demonstrate his good economic policy.

As for Brexit, uncertainty remains. The UK market is heavily discounted at the moment.

A lot of good news has been priced in, so could this be an opportunity to sell?

For investors who bought in March, taking some profits at this stage would not be a bad thing, on the contrary.

But for investors who are not overinvested in equities - and have a ‘neutral’ stance according to their risk profile - reducing the weight of equities now is not a clear-cut decision. We remain positive on a gradual economic recovery thanks to massive central bank liquidity injections and huge fiscal support. This should underpin the stock markets. Investors who are too focused on market timing might miss out on the main trend.

In the short term, economic newsflow is likely to remain positive due to the easing of lockdowns.

The dollar, being a safe-haven during the health crisis, is weakening against the euro but also against currencies of emerging countries. This could be a sign that investors are starting to anticipate a recovery in the global economy and are daring to invest outside the US.

Since mid-May, cyclicals and value stocks have been outperforming; if this is confirmed, it would be good news because the rise (thus far) has been driven by a small number of technology giants and pharmaceuticals. In addition, the steepening of the yield curve (if confirmed) should favour financial stocks.

After a rise of 43% on the S&P 500 and 34% on the Stoxx Europe 600 since the trough on 23 March, a pause or correction would be normal. But can this be considered to be a 'normal' period when central banks are pumping more than $6,000 billion into the system?

Volatility should not go away, so there will be corrections. However, our strategy does not change: take advantage of the dips to accumulate positions.

The post-Coronavirus period will be characterised by high public debt. In a bid to manage this, central banks and governments will want to keep rates low for as long as possible even if inflation rises a little. Faced with negative real rates, real assets (equities, real estate, gold) will be the only ones to maintain the purchasing power of long-term savings.