Equities closed last week on a bitter note as economic data began to show the extent of the damage. 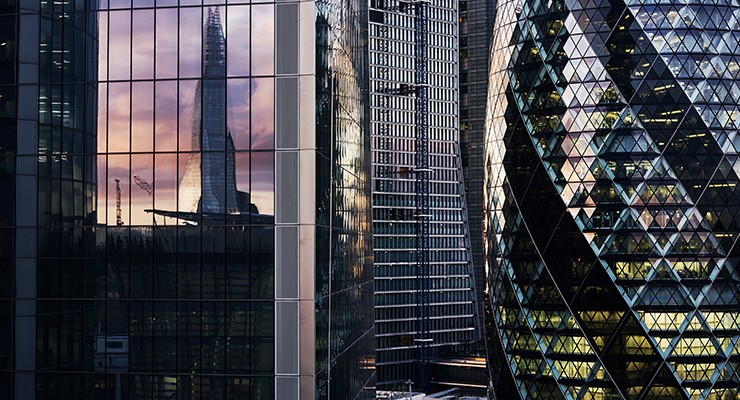 The US registered its biggest job loss since the financial crisis and Europe saw a sharp contraction in the Services sector. Over the week, the S&P 500 index and the Stoxx Europe 600 index shed 2% and 0.6% respectively.

Daily volatility remained high but in the end the indices barely moved over the week. Year to date, the S&P 500 is down 23% but 11% above its low of 23 March. On the Stoxx Europe 600, these figures are -26% and +10%. Has the bottom of this cycle been reached?  To attempt to answer that question, we need to look at i) the spread of the pandemic, ii) the estimate of the economic damage, iii) the reaction of the authorities, iv) the evolution of market stress indicators and v) valuations.

The duration of the general lock-down measures remains the main question mark.  But news from Italy, the first country to register infections in Europe, is reassuring. The number of new cases reached a high on 21 March and has been declining since this date. The number of deaths has been decreasing since 27 March.

Also in Germany, Belgium and France, the first signs of improvement are beginning to appear, after three weeks of lock-down. The temporal pattern observed in China is being repeated in Europe.

The United States is now the hotspot of the pandemic. It will take a further two weeks to see if lock-down measures are paying off.  In New York, where measures have become stricter, things could move faster.

The magnitude of the economic damage is starting to be known

In the US, 701,000 jobs have been lost and the unemployment rate has risen to 4.4%. What’s more, these figures reflect only the first part of the month. Nearly 10 million Americans have filed jobless claims in the past two weeks.

The Purchasing Managers' Indices in the Services sector plummeted in both the US (from 49.4 to 39.8) and the euro area (from 52.6 to 26.3). The severity of the recession is unprecedented because Services are usually more resilient than Manufacturing.

These very poor figures weighed on the markets last week but we did not observe any impulsive negative reactions like two weeks ago. Resilience to bad news is the first step of a stabilisation.

Oil: towards an OPEC deal

Oil has been doubly hurt by the travel restrictions, which have reduced demand, and by the price war waged by Saudi Arabia and Russia. However, the price of a barrel of Brent jumped 35% in the two days following a tweet by President Trump announcing that Saudi Arabia and Russia would agree on a cut in production of between 10 and 15 million barrels per day.  This announcement was neither denied nor confirmed. But the markets were encouraged by the scheduling of a meeting (via video) of the OPEC+ group this week.

The fall in demand is estimated at more than 20 million barrels per day. With production continuing, storage capacity will be saturated within a month.

Could the United States partake in an agreement? Nothing is certain, because antitrust laws prevent companies from working together to reduce production. The oil majors are opposed to it for ideological and economic reasons.

But with or without an agreement, US shale oil production is expected to diminish.  Prices are far below profitability thresholds (they require a minimum of $45) and pipeline/cistern infrastructure is starting to be saturated. So there may be a temptation to make this production cut look like a gesture from the US.

An OPEC+ deal would be positive for the US economy in view of the importance of the shale oil industry and its weight in the High Yield bond market.

The reaction of the authorities

In addition to the programmes already announced, others could follow. Eurogroup finance ministers meet on Tuesday to try to find a concerted fiscal approach to tackling the impact of Covid-19. In the US, Democrats have rejected the Trump administration's proposed infrastructure plan but want to earmark these amounts to tackle the negative effects of the health crisis. On both sides of the Atlantic, it is uncertain whether the significant political differences can be overcome in the near future.

Thanks to determined central bank intervention, calm returned to the Investment Grade credit market last week. On both sides of the Atlantic, companies took advantage of the reopening of the primary market to place record volumes of bonds. High Yield spreads, however, remain very high, a sign of persistent uneasiness.  Correlation between financial assets and volatility is narrowing.

Historically, the lowest point is reached when uncertainty is at its highest. It could be argued that in the light of the developments described above, uncertainty over the duration of the health crisis has diminished somewhat but not disappeared. There are two arguments for not revisiting the lows:  de-risking and forced selling of leveraged funds have already taken place and the massive central bank/government interventions are beginning to pay off.

That said news flow is likely to remain negative and could continue to weigh on the markets. A re- test of the lows is therefore possible, but at these levels, valuations take into account a long and hard recession while a faster recovery can certainly not be ruled out.