What exactly does Mr Market want to tell us?

It is becoming increasingly apparent that the Coronavirus pandemic will have unprecedented repercussions on the global economy and of a magnitude that most investors will never have seen in their lives. 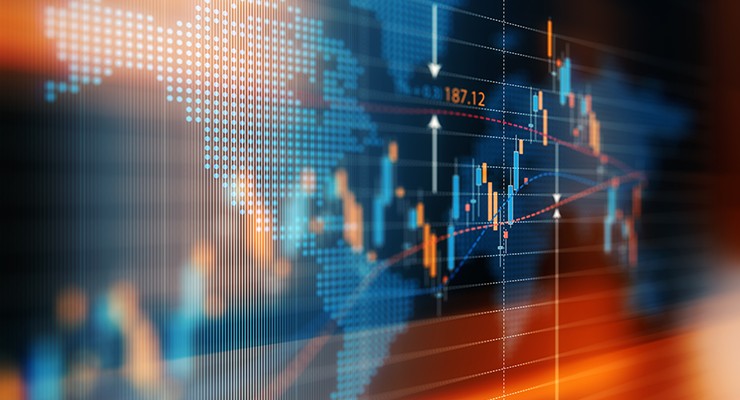 From the economy with LUV

All the data hitting our screens or published in the media are the worst since the Great Depression of the 1930s, or even the worst in history for data which do not go back that long.  On the one hand this is not encouraging in the least. On the other hand, we are not surprised that unemployment rates are soaring to record highs and retail sales are low. After all most stores are closed and employees in many segments of the economy are locked down around the world for health and safety reasons.

We believe that it is not so much the depth of the downturn that matters but rather the pace of the economic recovery. Indeed, the damage to the economic fabric is growing as whole chunks of the global economy remain at a standstill. At the beginning of the crisis, we were expecting a ‘V’ recovery once the initial shock had passed, but it is becoming clearer that the economy is slow to pick up.

We are witnessing similar sluggishness in China, where most factories are resuming activity but consumers remain hesitant and retail sales therefore continue to disappoint. It is impossible to determine at this stage what shape the recovery will be. We now forecast an extended ‘U’ shape but some economists are looking for a ‘W’ (which is not that different to a ‘U’), or even an ‘L’.  Nevertheless, it is widely agreed that the shape and pace of the recovery will differ across regions and across sectors.  Having said that, it is positive that we can even talk of a recovery, in whatever form, which proves that we are slowly but surely beginning to control this terrible pandemic.

In any case, we can see from the equity markets, which have just registered their best month of April in many decades, that there is a gap between the real economy, showing a  ‘U’ shaped recovery, and stock markets (a ‘V’ recovery). In other words, stock markets have recovered relatively quickly, which potentially leaves room for disappointment, another spike in volatility, or possibly another fall in share prices. However, we expect upside potential in equity markets in the longer term.

This is especially true if we take into account potentially more geopolitical tensions between the US and China. As a reminder, the American presidential elections will take place this year. And a president in place who can boast of a healthy economy is almost always re-elected. Now, however, the Coronavirus pandemic and its repercussions for the US economy are painting a different picture, to say the very least. The polls currently suggest a neck-and-neck race between Donald Trump and Joe Biden. Both men are trying to show their electorate that they have a combative attitude to China.

Of course Donald Trump is well aware that, at a time when he is dealing a blow to China, openly criticising the country for being responsible for the pandemic and threatening new import taxes, the stock market is losing ground. Donald Trump would like a resilient stock market and a firm attitude to China’s rise as a global power, but it seems difficult to have both at the same time. So there again we should expect contradictory comments as well as volatility and uncertainty.

Central banks and authorities more active than ever

In view of the discrepancy between on the one hand, the complex economic reality in the short to medium term, disappointing company earnings, an absolute lack of visibility and geopolitical uncertainty, and on the other hand, a spectacular rally in equity markets, one might wonder whether the markets have become too optimistic. Stock market history shows that a weak economy does not necessarily mean a weak equity market, nor does a healthy economy necessarily guarantee a strong performance in stock markets.

The reason is obvious.  More than at any other time in history, central banks are playing a crucial role in the markets. The first phase of the crisis (panic) was fuelled not only by the anguish stirred by the rapid spread of the virus, but also by fears that central banks no longer had enough ammunition to soften the blow on the real economy.

Actually we have been seeing the opposite effect.  The amount of liquidity injected into the system through quantitative easing is unprecedented. Central banks are buying everything you can imagine, with the exception of equities so far. While these efforts have helped to kick-start the recovery and bring about stabilisation, it appears that central banks do not intend to decelerate during this recovery phase.

We are currently in a vehicle with two accelerators, because the authorities are also onboard. According to rumours in Washington, they could implement another USD 3,000 billion incentive plan on top of the previous one to the tune of USD 2,000 billion, accounting (in total) for 25% of GNP of the world's largest economy. It is true that other components such as investment and (especially) consumption will continue to fall short of expectations and incentives will not succeed in fully offsetting the downturn, but nevertheless they will make a huge difference.

We reiterate an important point:  never before in the history of finance have authorities and central banks injected so much liquidity into the system as they have in recent weeks. From the outset this was a key factor explaining the mismatch between the short-term economic reality and the trend in equity markets. Incentive buying is supporting bond markets and, through the principle of communicating vessels, also equity markets. This should restore confidence that the real economy will have the capacity to recover.

Liquidity injections have the effect of keeping interest rates extremely low, and this is not about to change. In other words, we had ‘TINA’ (there is no alternative), which later gave way to ‘Trina’ (there really is no alternative) implying that there was no alternative to equities. And in the meantime, Trina has also landed on the US coast. Until recently, investments in USD were still earning interest, but this is barely the case now. Last week, the Federal Reserve and the Bank of England openly talked of negative rates. In an environment of extremely low (or negative) interest rates, we would almost have to warn small investors that saving money also costs money.

It therefore makes sense that in the context of negative interest rates and stubbornly negative real rates, stock markets are already looking ahead to the post-Coronavirus world. Indeed, a world that might be kind to real assets such as equities, real estate and gold. Perhaps the stock market is too optimistic in the short term, in which case we would conclude that Mr Market is wrong.

However, we should not underestimate the market's predictive force, which is an intelligent forward- looking mechanism. Or perhaps Mr Market wants to tell us that we are moving towards a world of durably low interest rates, a world in which real assets will perform especially well, in a context of declining purchasing power.

Money supply is growing by around 20-30%. However, there is a particularly reliable economic law which says that if the quantity of something is substantially increased, then its value will decrease. In other words, if money loses its value, then the value of real assets rises. Visibility is still very cloudy and the future is more uncertain than ever, but it could already be one of the main themes in the post-Coronavirus world. And in any case, it is food for thought.