What is the impact of coronavirus?

The markets have started to price in a meaningful negative impact of the coronavirus on the economy. 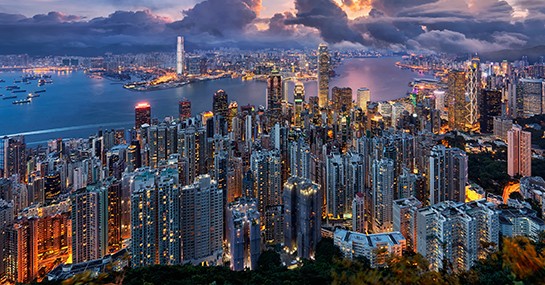 Since their record high of 17 January, the US and European stock markets have posted a correction of 3% and 4% respectively. China's stock markets, closed last week for the Chinese New Year, are now bearing the full brunt of the virus, having lost 12% since their record high. Uncertainty over the economy has had an even deeper impact on oil and commodity prices, and are pushing bond yields down again. In some core European countries, the 10-year rate has fallen into negative territory again and in the US, it has fallen below short-term rates. As a reminder, such an inverted yield curve is usually a sign that the markets are expecting a recession.

The spread of the coronavirus accelerated last week. The number of confirmed contaminations soared from 800 to more than 18,000, and the number of deaths, from 20 to 360. In other words, the coronavirus is spreading at a faster pace than the SARS virus in 2003, but the mortality rate is fortunately lower. Remember that the SARS virus killed 800 out of 8,000 infected people.

In a bid to contain the spread of the virus, the Chinese authorities have taken draconian measures. Hubei province has been placed under quarantine and public life is "paralysed" there. In the rest of China, economic activity is hampered by a limited movement of people and goods. Many Western airlines have provisionally suspended flights to and from China, and several companies are temporarily closing their Chinese factories and repatriating some of their staff. In most of the affected areas, workers are asked not to go to work, and stay at home until further notice. The Chinese are cancelling planned trips and retail sales declined during the crucial Chinese New Year week.

Some Western companies too will suffer a negative impact, starting with those that sell to or manufacture goods in China. Supplies from China could also be interrupted. Other Western companies will face the indirect consequences of the epidemic, including the fall in prices of many products/commodities on the global markets (e.g. oil, copper). The most sensitive sectors are transportation, tourism, luxury goods, automobile, electronics, energy and building materials.

A substantial impact on the Chinese economy…

According to scientists, the coronavirus epidemic will peak in about two weeks, and then gradually be contained. Scientists are working hard to develop vaccines, which they hope to start administering in a few weeks' time. So the disruptive precautionary measures are likely to continue for a month or two and will therefore have an enormous impact on China's economic growth. Perhaps Chinese growth will come to a halt in the first quarter and slow down for the 2020 full year to +/-5% versus the expected 6%. However, these negative effects are only temporary, and should be partially offset in subsequent quarters. China is already planning new economic incentives, and the central bank has already injected some liquidity into the financial system. We could also see new tax incentives, subsidies and major investment projects.

We can compare the impact on the economy and the financial markets with the SARS epidemic in 2003. At the time, the repercussions on the economy were substantial when the virus appeared, but the economy quickly recovered once the epidemic was under control. Admittedly, the Chinese economy accounted for a 4% slice of the world economy in 2003, compared with 17% today. Moreover, nowadays the Chinese people travel much more and have a lot more interaction with the rest of the world. Chinese consumers even account for one third of the world’s luxury goods market. For some commodities, China represents almost half of global consumption. With this in mind, the negative reaction of many commodity prices is understandable. However, this effect will only be short-lived. In 2003, within a few months, the SARS epidemic had caused the Chinese stock market to plummet by 18% and the Western stock markets by around 15%, but the markets quickly recovered shortly afterwards. Under the influence of TINA (there is no alternative), the markets have been very complacent since last year and any small correction appeared to be enough to attract bargain hunters again. The two stock market corrections last year (in May and August linked to deteriorations in the trade dispute) were limited to -6% and the markets recouped losses within one and a half months.

The correction is normal and therefore offers a buy opportunity

Admittedly, the present correction came at a time when investor sentiment was particularly upbeat and equity markets were in an overbought situation following the strong rally since August 2019. The markets needed a pause, or a consolidation to digest this rally. The coronavirus now acts as the trigger. This week we will be able to judge the true scale of the reaction of Chinese stock markets after their closure week for the Chinese New Year. Combined with the spike in the coronavirus epidemic still to come, the Western markets could incur a further correction. Given the transitory nature of this uncertainty and the likely subsequent economic recovery, we view this correction as a new buy opportunity. Given the extremely low interest rates and still promising earnings growth prospects for 2020, equities remain our favourite asset class.