A Historic Opportunity to Rebuild Economies and Tackle Climate Change

We expect steady progress in vaccine development and believe that the successful resolution of distribution logistics challenges will fuel a strong economic recovery in 2021, so net-zero is the next goal. 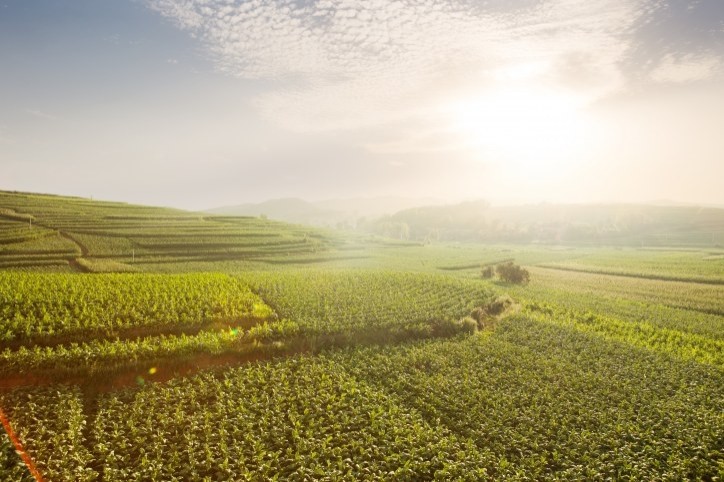 AFTER an extraordinary year in 2020, investors across the Asia-Pacific are more eager than ever to discern the trends that will shape 2021. There was no precedent for last year's global pandemic, lockdowns and market volatility. Having been through one of the swiftest recessions of the century on record, it is not surprising that people are anxious about how the year ahead will unfold.

We seldom encounter a single factor on which the fortunes of the global economy will depend - but these are not ordinary times. The 2021 recovery will hinge on the success of Covid-19 vaccine distribution and its effectiveness in bringing outbreaks under control. Our investment strategists expect steady progress in vaccine development and believe that the successful resolution of distribution logistics challenges will fuel a strong economic recovery in 2021.

In parallel, we expect to see a major breakthrough in the transition to a lower-carbon economy over the coming years. Far from distracting policymakers and businesses from the threat posed by climate change, the pandemic has in fact intensified their determination to achieve the targets of the Paris Agreement - even if much work remains to be done.

The Paris goal of limiting warming to less than 2 degrees Celsius over pre-industrial times requires the global economy to have net-zero carbon emissions by mid-century. Meeting this ambitious target will require radical change to the carbon-intensive, centralised energy generation and distribution systems on which most countries depend. They will need to shift towards a more decentralised model, renewable energy sources, innovative technologies and putting a proper cost on carbon emissions.

In the past, we would have feared that slowing down emissions would also mean slowing down growth. That concern is fading away as studies show that the energy transition and more sustainable infrastructure will in fact require huge investment in the economy and create new jobs.

A major French study in 2019, for example, showed that carbon neutrality was compatible with continued growth. US President-elect Joe Biden has promised that the United States will rejoin the Paris Agreement on his first day in office. There is also growing momentum behind the push towards net-zero in the Asia-Pacific, which accounts for the largest share of global emissions. China captured the world's attention with its pledge to decarbonise by 2060, while Japan and Korea have both committed to zero emissions by 2050.

Policy measures in China, via its 2018 three-year plan to build sustainable transport infrastructure, and the European Union, with its 'Green Deal' and Resilience and Recovery Fund, provide a mandate for spending on these projects. During the US election, Mr Biden also pledged to make US$2 trillion of investments in clean energy and sustainable infrastructure during his first term.

How will the transition be achieved? First, governments need to deliver carbon pricing frameworks. The World Bank's High-level Commission on Carbon Prices has called for a global carbon price of between US$40 to US$80 per tonne which would enable industries to reflect the full cost of carbon including its impact on the environment.

Policies should also continue to support the development of renewable energy sources. Solar, wind, hydro and geothermal are well established and increasingly low-cost technologies - but 85 per cent of Asian energy consumption still comes from fossil fuels, according to the International Renewable Energy Agency.

Hydrogen has great potential to help decarbonise some industrial processes and forms of transportation. And technologies like Carbon Capture and Storage (CCS), as well as utility-scale battery facilities that can help smooth out the supply of renewable electricity to the grid, will also have a role to play.

We do not expect a single renewable energy source to dominate every sector, but we do believe that financing this transition is a compelling long-term investment opportunity - as well as critical to the future of our planet. The variety and complexity of the generation, storage and distribution opportunities will reward a diversified approach towards investment in the associated companies.

We foresee good news for investors seeking access to opportunities in sectors related to the net zero transition. Significant advances in renewable energy technologies over the next few years will reduce the cost of producing and storing energy, and these changes will be aided by supportive government policies with their associated infrastructure spending programmes. In addition, consumer preferences will increasingly favour greener options, driving a groundswell of positive sentiment.

A focus on the equities of companies involved in technical innovation and equipment manufacture, as well as energy storage and distribution equipment - including batteries and their constituent materials - provide attractive potential for investors.

WE START FROM HERE

We enter 2021 in an economic landscape shaped by central banks' urgent and large-scale responses to the Covid-19 pandemic last year. In mid-March 2020, the US Federal Reserve cut rates to zero and announced a US$700 billion quantitative easing programme. Shortly afterwards, it added that it would buy corporate debt for the first time ever. We believe the Fed will keep rates low to finance the government's sizeable and growing deficit as spending continues to outstrip revenues - and will support this with ongoing quantitative easing.

In 2021 we see global growth expanding to +5.2 per cent, accompanied by a slight rise in inflation driven by the weakening dollar (we expect the US currency to trade at 1.25 against the euro by the end of the year). Bond yields will rise slowly, accompanied by rising equity markets, with cyclical sectors the first to rise in the early recovery phase. Overall, it looks like a favourable environment for investors to continue taking on risk.

After 2020's surprises, we are optimistic that 2021 will provide us with fewer shocks. We will owe this return to relative normality to the scientists, medical professionals and volunteers who are developing some 70 different Covid vaccines.

The re-opening of the economy that they will make possible gives us an historic opportunity to rebuild an economy ready for an even bigger challenge in the form of climate change. The "fight of a generation", as our group CEO put it, is already driving change across economies. As that change accelerates, investment opportunities will grow.

The above article was first published in The Business Times, Singapore edition.