COVID-19: 24 MARCH UPDATE
YOUR WEALTH
HAS A VOICE.
LET IT BE HEARD.

There is a strong rally on financial markets this morning (24 March); the Japanese stock exchange closed up 7%, the Eurostoxx was +4.5% at the time of writing and futures on the S&P500 were +4.6%). Risk indicators (volatility and credit spreads) are contracting. 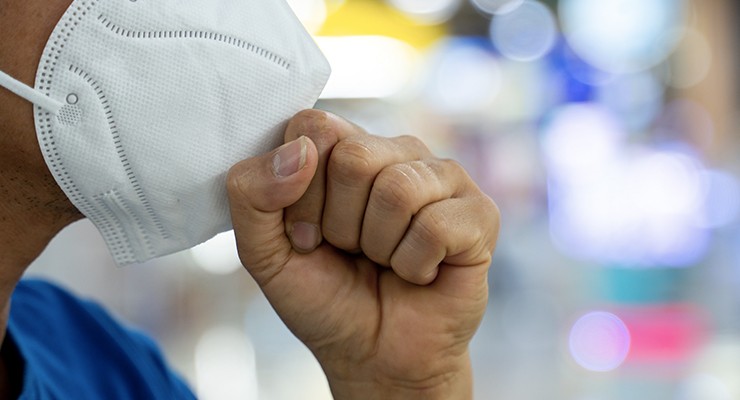 The triggers for this rally are some better news on the epidemic in Italy and the strong policy decisions by the Fed, and potentially the US Congress if the Republicans and Democrats reach an agreement.

The number of new infections in China has been practically zero for several days. The authorities have announced a relaxation of containment rules in Wuhan, effective from 8 April. The Chinese economy could resume 'normal' levels during the second quarter.

In Europe, for the second day in a row, the number of new infections and deaths in Italy is falling; in other words, the strict containment measures, put in place on 11 March, are starting to have a big impact. This potential peak in the epidemic in the first-affected European country should be confirmed over the next few days. It would allow a potential peak to be anticipated in Spain, France and Germany within 8-12 days if the Italian pattern is repeated in these countries.

Many countries are adopting strict containment measures with 1.7 billion people around the world now forced to comply. Yesterday, for example, the United Kingdom and South Africa took decisions along these lines.

In the United States, however, decisions are being taken only at the local level. Some states (New York, California and Washington first, followed by others) have implemented partial containment that resembles the first measures implemented in Italy in early March (so prior to 11 March and its strict measures). It is feared that the authorities are underestimating the seriousness of the health situation, judging from the examples of China, South Korea and Italy. The United States is therefore a cause for concern.

The most recent news came from the United States. The Fed is taking up all the tools it previously used during the financial crisis of 2008/2009 by extending its scope of action to municipal bonds and commercial paper for example. It announced that the size of its intervention could be unlimited!

A massive plan ($2 trillion) is under debate in Congress. Yesterday, disagreement between Republicans and Democrats took its toll on financial markets. This morning hopes of an agreement dominated the scene. The programme will be finalised sooner or later, because the recession is coming and the US system for unemployment benefit needs to be adapted quickly. The liquidity problems of multiple SMEs and very SMEs are making such a programme urgent.

Forthcoming economic figures will start to reveal the extent of the recession. We will watch, in particular, the publication of PMIs today in Europe and the United States. These PMIs could reach new historical lows.

Table in the PDF at the end of the article.

In terms of financial markets, risk indicators eased this morning; volatility (VIX and V2X) fell, credit spreads narrowed, and bond markets were calmer with small variations in yields. But fear may take the upper hand soon, and we do not think the period of high volatility is over yet.

We stick to our message: economic policy instruments are very powerful and should not be underestimated. We still expect a U-shaped profile for economies, interest rates and stock markets. Valuation levels for risky assets are attractive today, but the valuation does not give the timing of the rally. This timing will depend on news about the pandemic that is inherently unpredictable. Opportunities are emerging from a medium-to long-term investment perspective, but the short term remains uncertain.