An Asian incentive to rid the world of hunger
YOUR WEALTH
HAS A VOICE.
LET IT BE HEARD.

An Asian incentive to rid the world of hunger 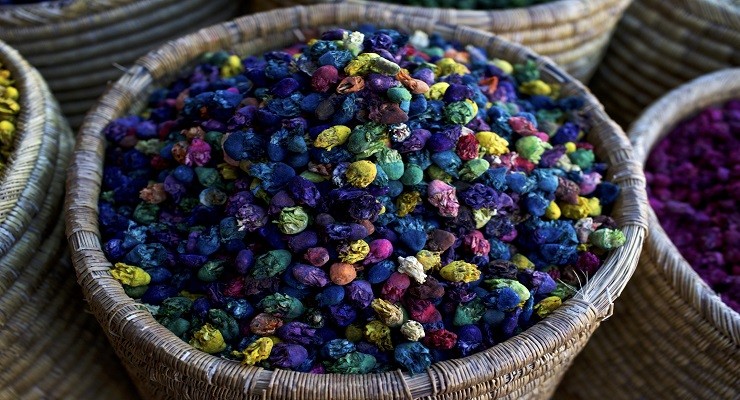 Food – or, more accurately, the shortage of it – is at the heart of the world’s sustainability challenge. With population growth continuing to outpace what the earth can provide, a potentially catastrophic shortfall is on the cards, unless governments and the private sector can find ways to dramatically boost productivity.

They need to take action and do so quickly if the United Nations (UN) Sustainable Development Goal no.2 of zero hunger via sustainable solutions by 2030 has a chance of being hit.

The need to find solutions is pressing. According to the UN, for the third year in a row, hunger and malnutrition are on the rise, returning to levels last seen nearly 10 years ago. One in nine people face hunger and 2 billion people are food insecure[i].

More specifically, in Asia Pacific, the UN Food and Agriculture Organization (FAO) says that progress on achieving zero hunger has slowed. In South Asia, which is expected to contribute the lion’s share of the additional projected headcount globally to 10 billion by 2050, the UN’s zero hunger target might prove to be a particular challenge.

Other widespread issues across the region include urbanisation, demographic change and shifting diets. These create trends such as aging farmers, reduced access to capital and growing natural resources constraints.

Yet there are reasons for optimism based on some of the efforts to date across Asia Pacific in the name of zero hunger. These include:

These and various other initiatives in the region have the potential to serve as a benchmark for boosting both the volume and nutritional value of food.

With much greater scale, projects linked to biofortified crops and improved seeds offer new possibilities. The same goes for the potential of disruptive technologies like drought-resilient seeds, with digital tools such as drones and artificial intelligence likely to play powerful roles going forward.

The UN Economic and Social Commission (UNESCAP) has emphasised the need for certain types of government-led investments to provide interventions for hunger, such as nutrition-specific investments and rural investments[iii].

This doesn’t need to break the bank, either. A UNESCAP report, entitled “Asia and the Pacific SDG Progress Report 2019”, says that total spending required to achieve zero hunger, among other Sustainable Development Goals, is well within reach for many governments.

For example, it estimates the cost of eliminating poverty and hunger, as well as achieving health and education for all, at US$669 billion per year on average – equivalent to less than 2% of average GDP of developing countries in the region between 2016-2030. For countries unable to meet the costs on their own, assistance from the international community will be crucial.

One of the immediate challenges, however, albeit hopefully short term in nature, stems from a globally weaker macroeconomic outlook. With per capita income growth in several parts of Western Asia expected to remain weak for the time being, the UN report on World Economic Situation and Prospects as of mid-2019 suggests hopes of poverty eradication have been dampened somewhat[iv].

Tackling widespread urbanisation is becoming increasingly important to the goal of zero hunger, given that some 80% of all food produced is consumed in urban areas. Already about 55% of the world’s population lives in urban areas, and this is expected to rise to 68% by 2050[v].

To plan for this most effectively, the focus is increasingly on industry and government groups to heed the views of poor urban residents to both inform and shape solutions[vi].

This is based on common trends seen in some of the developing parts of Asia, such as Cambodia and Nepal:

Clearly, no single solution will create zero hunger by 2030. And the approaches and target areas are changing. For example, although the past few decades has looked at food production, attention has now swung to consumption.

This has arisen due to a combination of scale, urbanisation and the growth in numbers of overweight individuals on the one hand yet undernourished people on the other, especially children.

Leveraging the influence of urbanisation is also key to tackling food shortages. Indoor farms are expanding, as the benefits of environment-controlled greenhouses to grow vegetables in tiered trays are more widely felt. Being inside also alleviates the need for insecticides.

Ultimately, as communities take ownership of issues and develop their own leadership, they can make progress via initiatives such as savings groups to reduce the burden of debt and community gardens on vacant plots, rooftops and windowsills. Equally important, their collective voice becomes louder to help drive change in collaboration with authorities.

The ‘smart’ strategies inevitably look to innovative technologies as a way to transform agriculture and food delivery. New practices, for instance, involve inputs for crops, sensors and robotics, in turn promising to lead the next round of change in farming[vii].

This wave of ‘agtech’, or agricultural technology, is making a difference to small farmers in Asia. In countries like China, India and the Philippines, governments are already setting up access through young entrepreneurs to farmers, with the first disruptive technology in the form of digital agtech devices like sensors and drones for managing nutrition and pests in crops like wheat, maize and rice.

In line with measures to promote nutritious, sustainable and healthy diets with fiscal policy, social protection and increased investment in research, participation from individuals can also contribute.

Those people looking to make a positive impact via responsible investment strategies have an increasingly wide array of options to engage with sustainable development causes in this way.

Such a collective effort is essential when tackling the burden of feeding an ever-expanding world.

From Covid-19 to COP26 – and everything in between