After the coronavirus, oil prices fuel new tensions on the financial markets 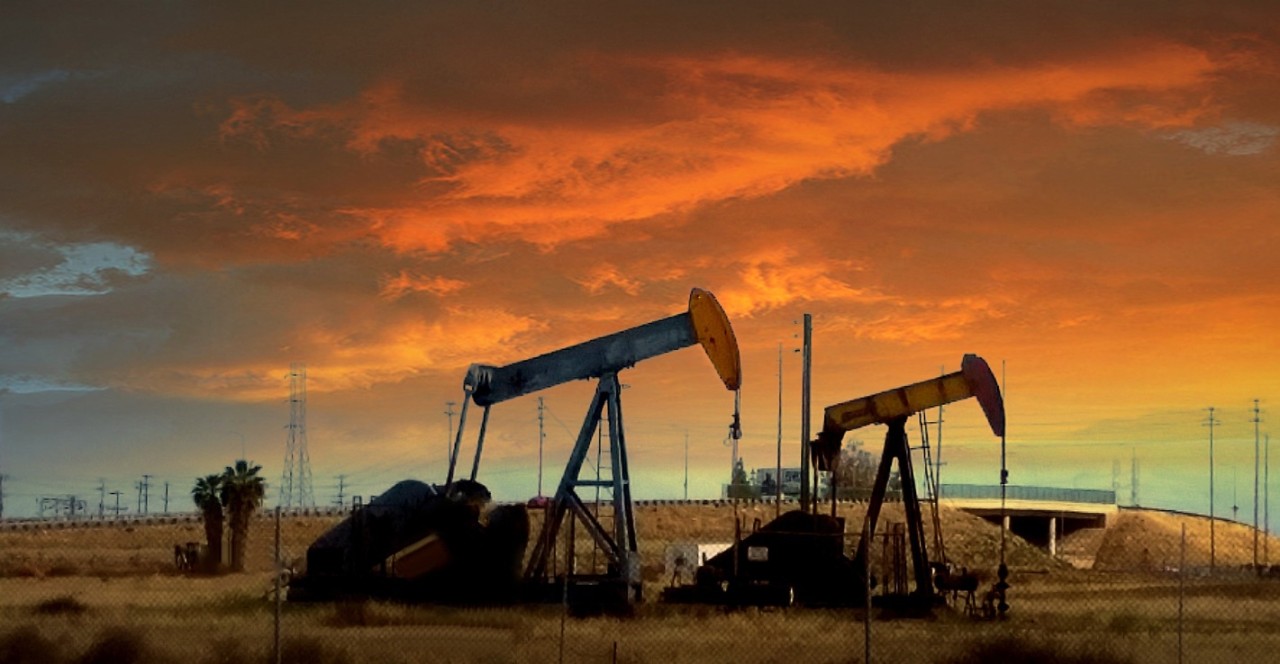 . New tensions on the financial markets in the wake of the fall in oil prices

. Stock markets: we are buyers at the current levels

Oil: a price war is declared

Meeting in Vienna on Friday, OPEC+ oil ministers failed to agree on a proposal to reduce oil supply further by 1.5 million barrels a day. This proposal by OPEC countries was conditional upon Russia's participation. Russia refused and Saudi Arabia declared that it was no longer bound by the previous agreement and that it would increase its production.

The fall in oil prices was immediate and brutal. On Monday morning, West Texas Intermediate (WTI) lost 30% to $32/barrel and Brent to $35. This is really bad news for the US shale oil industry, which was already in bad shape last year. US stock exchanges and the dollar High Yield bond market will be the first to bear the brunt.

If prices remain low, the beneficiaries will be importing countries, such as India, China, and the euro area. Lower prices would have the same effect as a tax cut, an unexpected boon.

Geopolitical factors should be taken into account. By attacking shale oil in this way, the Russians may be putting pressure on the Americans to obtain concessions elsewhere. The situation may therefore be moving in all directions.

If a political agreement is not reached soon, the supply and demand for crude oil will be adjusted in the hard way to the detriment of producers commanding the highest cost prices. The longer the lack of investment in the sector persists, the stronger the price rebound will be.

It is not in the interest of either party to prolong such a price war. The Russians, in particular, need a price above $40/barrel to balance their budget and President Putin needs a healthy economy to win the referendum on a constitutional reform that is scheduled in six months’ time. This reform is necessary to allow Mr Putin to run for another term. The OPEC countries, which agreed to make efforts to reduce production, need a much higher price per barrel than the Russians to balance their budgets.

What are the conclusions for investors?

If no political solution is found, the price war could follow the pattern as the one that lasted from July 2014 to January 2016. At the time, a barrel of Brent crude oil tumbled from $100 to $36. This scenario is being priced in by the markets.

The longer the price war continues, the stronger and more inevitable the price recovery will be due to the consequences of a lack of investment in conventional and shale oil fields.

The best way to benefit from a rapid (political agreement) or slow (1 to 1.5 years) recovery is to invest in shares of major oil companies. Investing in oil ETFs has a dual disadvantage if the crisis lasts: the absence of dividends and the contango. ETFs invest in oil futures contracts that have to be regularly renewed at a higher price than the contract for immediate delivery (the contango situation is where forward prices increase with maturity). In 2015, the contango cost was between 15% and 20% over 1 year, which means that the rebound in prices should be higher to make the investment profitable (this was the case in the end).

Leading indicators of the main economies have been holding up well overall. This is particularly the case in the US with another strong employment report. It is also encouraging to see that early leading indicators (daily coal consumption for example) in China continue to recover albeit from a low base. Regarding the coronavirus, the number of new infections continues to fall in China and South Korea. That is not yet happening in Europe or the US but should be the case in the coming weeks or months. We continue to forecast a gradual recovery during the second half of the year. A technical recession (two consecutive quarters of negative growth) is likely in the most affected countries (Italy and Germany) but the second half of the year should compensate for that.

The main trigger of a full-blown recession would be a so-called “credit crunch”. In such scenario, companies face liquidity constraints for example, due to a temporary fall in activity (coronavirus or a sharp fall in oil prices for US producers) while medium-term solvency remains good. If companies cannot find short-term financing they face bankruptcy which can lead to a snowball effect. We assume that central banks and governments will do whatever is necessary to avoid such a negative outcome.  This is probably the main reason why financial markets are correcting so much. A coordinated strong policy reaction could bring key relief.

The pressure is strong for central banks to support future fiscal measures. We expect the ECB to announce on Thursday (or even before if chaos continues in the markets) some targeted measures to provide liquidity to troubled companies and lower its deposit rate to -0.60% (a cut of 10 basis points) to prevent the euro from soaring. Across the Atlantic, we think the Federal Reserve will announce another cut in the Fed funds rate of at least 50 basis points at its next monetary policy meeting (18 March). There is now a high likelihood that in the coming months it will bring its rate range back to 0% -0.25%, as seen during the 2008 financial crisis. We also expect rate cuts in many emerging countries.

The lower oil price is hugely affecting the already-fragile sector of US shale oil producers. Given their large weighting (12%) in the US High Yield index, we prefer to move from neutral to negative on this asset class for the time being. We maintain our neutral view on High Yield bonds in the eurozone given the low exposure to oil prices. EM corporates based in OPEC+ countries are also impacted, prompting us to take profits and move from positive to neutral on Emerging Market corporate bonds in hard currency. The asset class has benefitted from the strong fall in US yields.

We are changing our 3-month target on the EUR/USD to 1.14 (from 1.12). Our 12-month target is under review. We will also reassess the need to review other currency targets depending on the reaction of the authorities.

Equities: we are buyers of the current dip

The start of a price war in the oil market is creating a massive wave of risk aversion. On stock markets, this is reflected in falls of at least 5% in Japan and in Europe. In Asia ex-Japan, losses are not as deep, at around 3-4%. In such circumstances, stock market investors are hesitating between two stock market sayings: “Don’t try to catch a falling knife” or “Buy on dips”. From their highs, stock markets have already shed nearly 20%.

Recession risks have significantly risen but this recession is very likely to be considered as technical and be followed by a rapid recovery from the third quarter. This is our scenario, i.e. a delayed (not derailed) recovery. The negative impact on earnings expectations will thus be considered as transitory.

Moreover, the crash in the oil price is having a reflationary impact on consumers and numerous economic sectors. In addition, monetary and fiscal authorities are reacting to it and other measures are expected in coming weeks and months. Fears on corporate cash flow generation should gradually wane by the summer, bringing a return of risk appetite for risky assets.

In this context, volatility should remain elevated in the next few weeks but in our view current stock prices are good entry points with a horizon of 6 to 12 months in mind. Therefore we join investors who are buyers on the current weakness, the message we adopted at the start of February.

Our stock market preferences remain the US, the euro area, emerging equities and UK shares.

Focus first on the energy sector (oil and gas) which was already cheap before the sharp correction underway: particular as the balance sheets of energy companies are stronger today than ever. This sector could still remain volatile for some time but such a buying opportunity has not occurred since 2010! We remain positive on the oil sector.

On the other hand, American banks will be hit by (expected) failures of the weakest players in the energy sector (and perhaps other sectors if the crisis spreads). The expected economic slowdown and the yield curve are now strong headwinds. As a result, we are becoming more cautious about US banks (our opinion is downgraded from positive to neutral) as well as the financial sector in general until we see more clearly the economic impact of the two recent “black swans”. However, we remain positive on the insurance sector given its more defensive characteristics and the relatively attractive valuation levels. Very attractive entry points for European banks (neutral opinion) are also emerging but it is better to remain positioned on the most solid ones.

After the indiscriminate correction in the equity markets and the fall in interest rates, some defensive sectors that we deemed expensive at the start of the year are now much more attractive. We upgrade the consumer staples sector from negative to neutral after the sharp correction. And our opinion on the the health care sector is upgraded from neutral to positive, especially since the 'Sanders risk' seems much lower today since the establishment of the American Democratic Party rallied in a very short time behind Mr Biden, who is much more moderate in his views. The current fall offers superb entry points for this now inexpensive sector.

In tech, we continue to favour Europe and securities relating to 5G and e-commerce. For the other sectors, the medium-term impact is more uncertain and we are not changing our views. The industrial sector (negative opinion) is not yet cheap. In addition to the ailing aeronautical sector, we expect a postponement (or even significant drop) in industrial investment in the private sector. The discretionary consumer sector (neutral opinion) is also at risk but the impact of the current crises on the final consumption is still uncertain while the drop in oil prices represents an unexpected support.

US Election Result: Has the Blue Wave turned into a Blue Ripple?

First Reaction on US Elections 2020: Déjà vu? Or Blue Wave…