Stay Patient and Be Agile

We largely remain constructive in the equity markets, despite there being many moving parts. We are more bullish on non-US equities while favouring HK/China more given easing policy measures coming from the Chinese Government as well as very supportive market fundamentals/valuations.

Stay Patient and Be Agile

We largely remain constructive in the equity markets, despite there being many moving parts in the capital markets. In particular, we are more bullish on non-US equities while favouring HK/China more given easing policy measures coming from the Chinese Government as well as very supportive market fundamentals/valuations. For instance, HK/China trades at low-teen FY22 Price Earnings Ratios (P/E), which are in stark comparison against the US market.

Following these moves, the Guangdong province also cut its cost of borrowing and sold bonds at a lower coupon at auction in late January 2022, letting investors bid at lower rates than previously allowed. As a result, China’s benchmark ten-year bond extended its rally as yield fell to its lowest in 20 months.

There is no doubt the property sector faces formidable challenges. Property investment and property sales nosedived 13.9% and 15.7% yoy respectively in December 2021. Having said that, there has been some policy easing and acceleration in infrastructure investment to prevent a hard landing.

Since the beginning of 2022, we have witnessed several developments that may pave the way to a “less bad” market:

We argued in our September 2021 and December 2021 issues that Macau gaming stocks had already priced in the worst case scenario (see Chart 1).

The Macau government released many details of its upcoming amendments to the Macau gaming law on 17 January 2022. Key items in the draft bill include:

i. Number of gaming concessionaries will be kept at six.

ii. The length of concession terms will be halved to 10 years.

iii. Gaming tax rate will be maintained at 35%.

iv. The government scrapped the thoughts of introducing representatives to casino operators to monitor their day-to-day operations.

v. Potential re-shuffling of the number of gaming tables at each casino operator.

vi. Public floats of license-holders will be capped at 30%, while officials further clarified this will only apply to license holders but not the listed companies.

Share prices of Macau gaming stocks rebounded 5-11% on the following trading day, shaking off the weakness since the Omicron outbreak and the arrest of Macau’s leading junket operator, Alvin Chau, in November 2021.

We continue to see value in the sector, and believe that fundamental pent-up demand is intact and the government is approaching the concession renewal process reasonably. Current sector valuation remains below long-term averages. 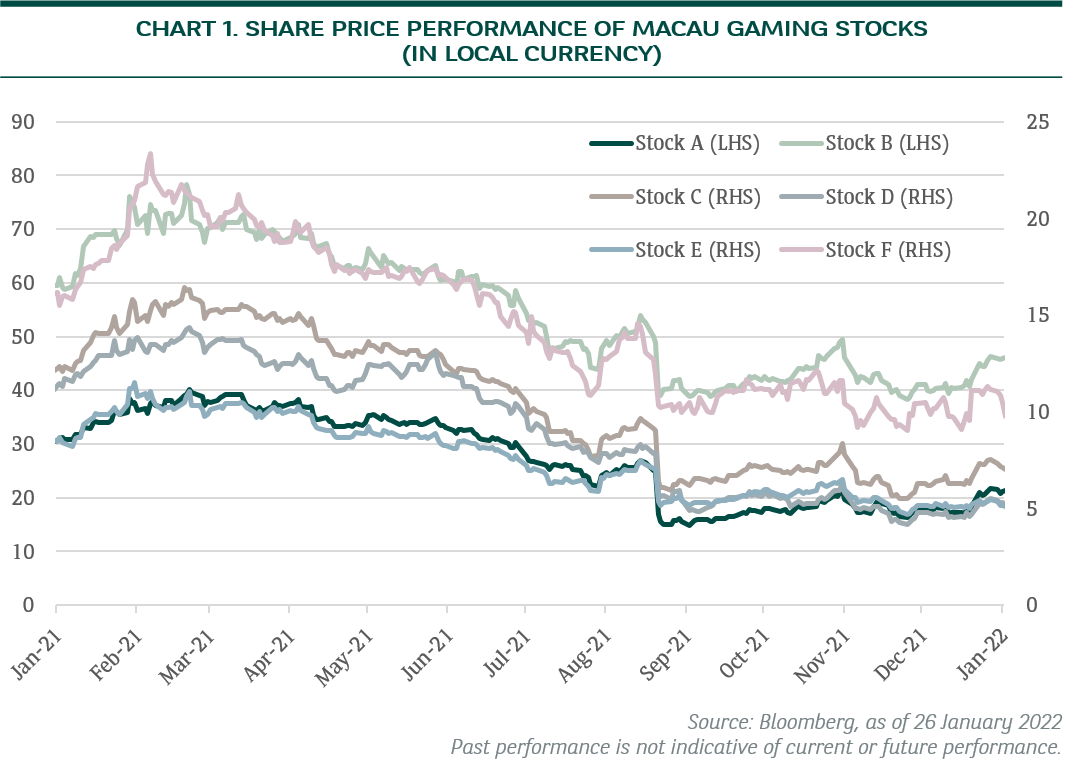 The industry expects the astonishing sales growth to continue in 2022, despite a scheduled reduction in NEV purchase subsidies by the government. CAAM forecasts that total NEV sales in China will leap to 5 million units in 2022, an increase of 42% vs. 2021.

On the supply side, the automobile industry is expanding NEV production capacity to meet the rapidly surging demand. For example, two of the top 3 NEV-only domestic brands have plans to double their production capacities in 2022.

The government has been gradually trimming its NEV subsidies in the last few years and targeting to exit all subsidies by end-2022. Meanwhile, leading NEV makers, both domestic and international ones, have raised their car prices in response. The strong pricing power of NEV makers suggests that China’s NEV sales is shifting from being policy-driven to more market-driven, in our view. In short, the eventual discontinuation of subsidies is unlikely to dent NEV sales growth.

China internet stocks have been weak overall in recent weeks, due to further regulatory details around tighter scrutiny for overseas listing and on livestreaming companies. One of the top live-streamer in China was fined for tax evasion, and many livestreaming platforms were summoned by authorities to a meeting to address live-streaming irregularities.

Regulatory pressures, in both domestic and overseas markets, are impelling China internet companies to rethink their investment holdings. One of the internet giants has announced distribution and disposal of two of its strategic investments in other internet companies.

Interestingly, we also note that the aforementioned internet giant doubled-down its share repurchase amount after offloading the investments.

As for online entertainment, we are slightly more cautious near term on this segment as we expect more regulatory guidelines to be introduced. Our preferred segments continue to be ecommerce, gaming, and travel. 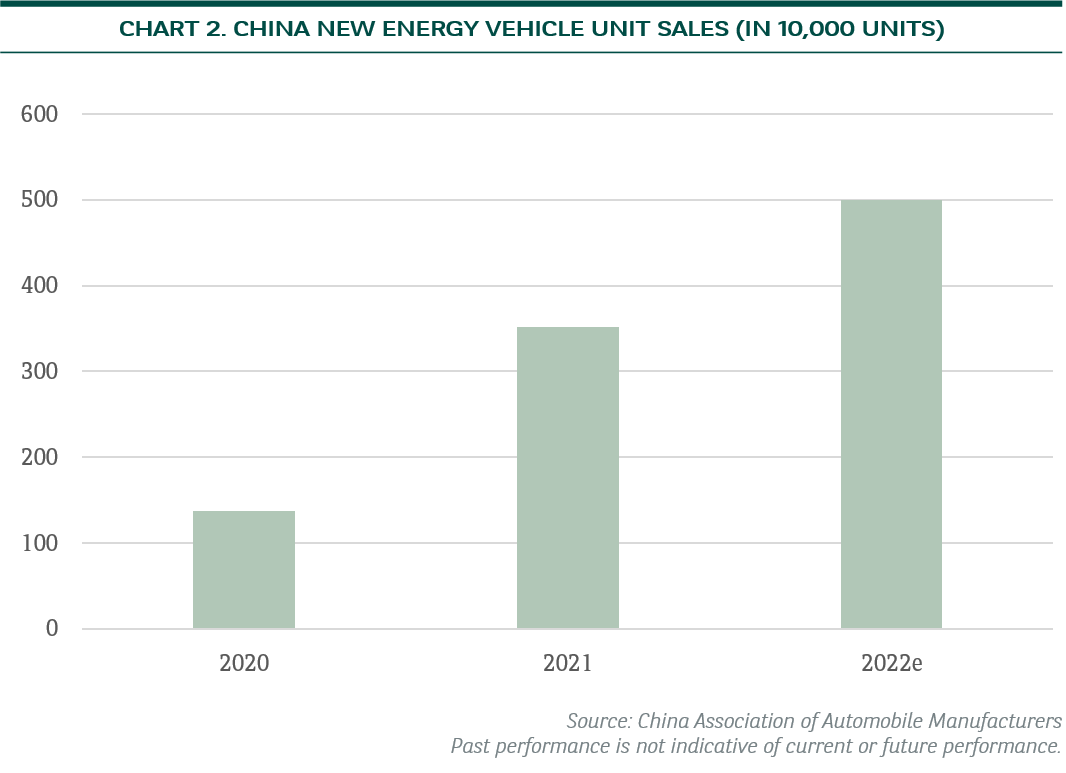