There is huge uncertainty about the progression of the pandemic and its economic consequences. Market volatility remains significant. Last week stock markets recovered well overall, despite Friday's decline. 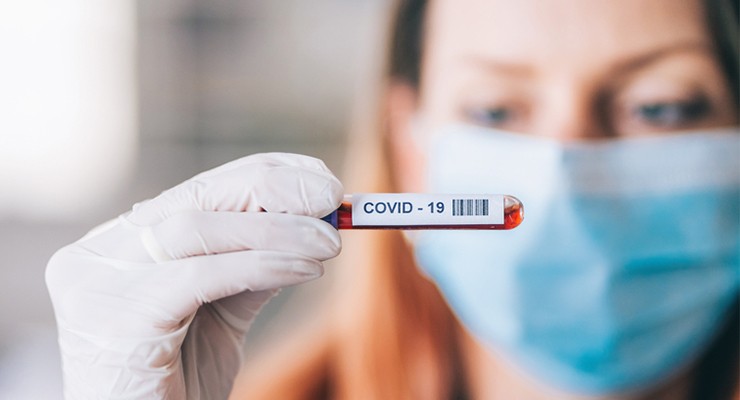 The Covid-19 pandemic is an unprecedented health crisis for the past century. To date, there are 723,000 confirmed cases, 34,000 deaths and some 3 billion people in (more or less) strict lock-down depending on the country. In Asia, the peak of the health crisis seems to be behind us in the first countries hit by Covid-19.  The number of new cases is tiny, and are imported cases from Europe or the United States, requiring new strict lock-down measures for those individuals. The risk of a second wave exists, and is being closely monitored by the authorities.

Europe is the current epicentre of the pandemic. Italy is the worst affected country in Europe, and the first to have implemented draconian lock-down measures three weeks ago. The figures for new infections and deaths are tragically high, albeit stabilising. Italy seems to be approaching a 'plateau', which suggests a decline that we hope will occur in the next few days. Italy is 8 to 10 days ahead of Spain and France in the spread of the virus. The peak of the epidemic in Europe is approaching, and could be reached around Easter.

In the United States, on the other hand, the epidemic is accelerating at a staggering speed. The World Health Organization fears that the United States will be the next epicentre of the epidemic, taking over from Europe. Lock-down measures are not in place everywhere, are decided by each State, and are often not harsh. The European case tends to show that only rigorous measures are effective after three weeks of lock-down. So we need to monitor the situation in the US because it is worrying.

Oil prices are at a 17-year low. The WTI is trading at $20.2, the Brent at $22.9 per barrel, respectively -5.8 and -8.2%. Year-to-date, the price of Brent crude has plummeted by 65%. The Covid-19 pandemic and the lock-down of some 3 billion people are resulting in an unprecedented drop in oil demand, of around -20%. At the same time, a price war has been declared. Saudi Arabia and Russia are seeking to gain market shares, particularly from the US, the world's largest producer owing to shale oil. However, the US shale oil business is not profitable at current prices. We therefore expect a drop in US production, and cascading bankruptcies in the shale oil sector. This sector accounts for 12% of the High Yield corporate bonds segment so the default rate in this market segment will need to be watched.

The decline in oil prices is a major event this year: it will have a negative impact on oil-producing countries but will benefit importing countries. We expect a rebound in oil prices in the second half of the year (around $45-55 for the Brent) along with a recovery in economic growth and demand for crude when the lock-down period ends. Meanwhile, production capacity will have been adjusted downwards. A more optimistic scenario: if producer countries stop their price war, prices would rebound earlier than expected.

Equity markets remain volatile and are likely to remain so until the uncertainty surrounding the pandemic disappears.  This will obviously take time. The consequences of the pandemic are a sharp global recession, the duration of which is unknown. A particular focus will be on Chinese economic data, which will give an idea of the speed of the rebound. In early April, Chinese authorities will lift lock-down on Wuhan, the first region in the world to implement it.

In terms of earnings forecasts, the downward revisions are massive: the ‘Citi Earnings Revision Index’ is down 84% in Europe. The previous record dates back to October 2008 (-76%). The news is terrible, but is no longer a surprise to anyone.

In this negative context for growth and corporate profits, the economic stimulus policies are massive, in the United States, Europe and emerging countries, both in monetary and fiscal terms. These measures will take time to produce a positive effect. We detail these measures in the table at the end of the article in the PDF.