Empowering Entrepreneurs to Save the Oceans

Healthy oceans are good for the planet – can they also be good for business? 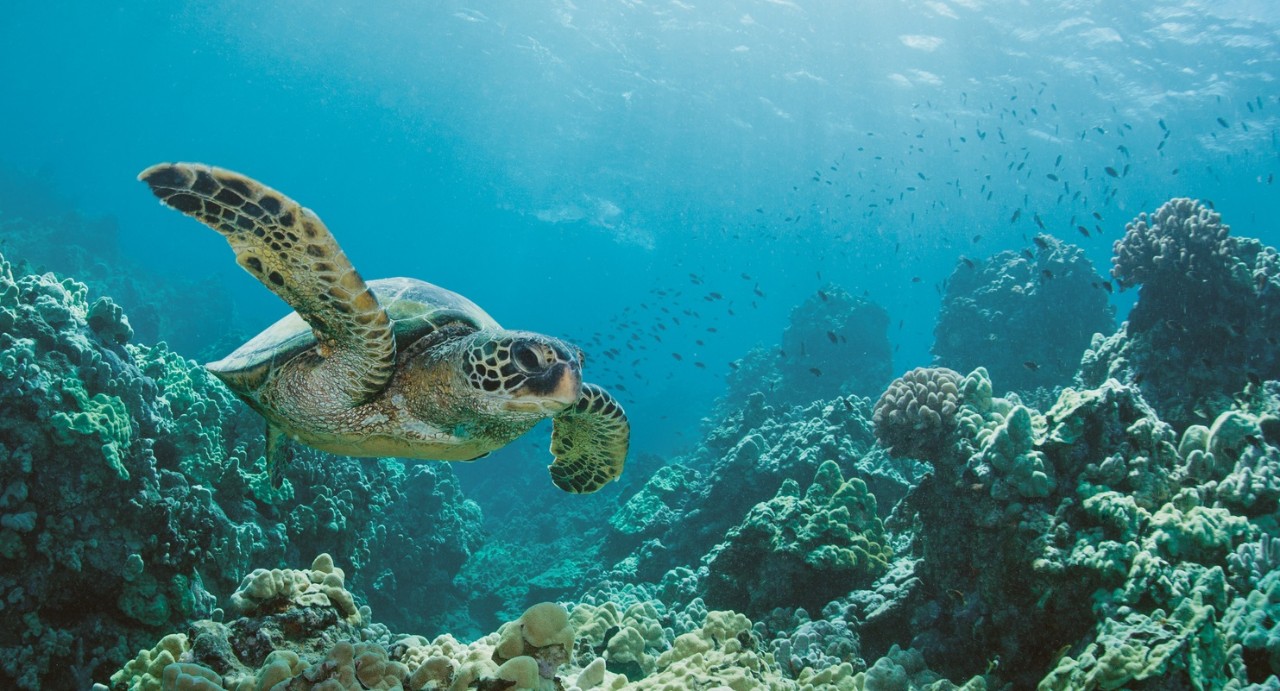 Oceans are critical to the health of our planet and its inhabitants. They absorb 30% of atmospheric carbon dioxide [CO2], provide more than 50% of breathable oxygen, and support the livelihoods of about 3 billion people.

However, our oceans are also under pressure from climate change, pollution and over-exploitation.

“Half of the world's coral reefs are already dead, and by 2050 – less than 30 years away – we're projected to lose over 90%,” said Sam Teicher, Co-Founder and Chief Reef Officer at Coral Vita. “And that's if we hit emissions reductions that hold us to 1.5 degrees of warming.”

Coral Vita is a Bahamas-based start-up that aims to help repair dying reefs and restore the rich biodiversity they support by perfecting the technology to grow coral on land.

This technique has been used successfully for some time, but Teicher is aiming to build Coral Vita into a mission-based commercial company that can unlock the funding needed to achieve ecosystem-scale restoration.

“We partnered with some of the world's leading scientists using methods to produce corals up to 50 times faster,” he said. “We can create conditions where they grow faster and remain healthy, and we can boost their resilience so when we plant them, they are more resilient to threats that could kill them.”

The first plank of Coral Vita’s business model is to sell reef restoration as a service alongside educational resources. The next step is to tap into the growing market for natural capital or conservation finance, which ranges from blue bonds, insurance for reef protection, and negotiating foreign debt forgiveness in exchange for investment in restoration initiatives.

This financing goes into building capacity and involving local communities that benefit from healthy reefs.

“Finance has a very important role to play in securing capital for companies and sectors that help protect and restore biodiversity,” said Eleonore Dachicourt, Head of the Sustainable and Responsible Investment team for BNP Paribas Wealth Management in Asia. “Biodiversity has been a key focus for BNP Paribas for 10 years, and we are committed to working toward United Nations SDG14, Life Below Water.”

Coral Vita is only one example amid a growing number of start-ups looking to mobilise capital for innovative business models based on marine technology.

Kelly Erhart, Co-founder and President at Vesta , told attendees on the webcast that her company’s technology can provide global benefits by permanently removing excess carbon from the sea.

“We use an ocean-based carbon removal solution called coastal carbon capture, harnessing the power of the oceans for gigaton-scale carbon removal,” she explained. “It is a permanent, cost-effective and energy-efficient solution that is incredibly scalable.”

The technology replicates the natural process of rock-weathering, where atmospheric CO2 is captured in rainfall and trapped in the sediment created as rocks gradually break down over thousands of years.

Vesta accelerates this process by grinding an abundant volcanic rock called olivine into sand and depositing it in the sea, where it traps CO2 and reduces ocean acidification.

“Olivine is found on every continent,” said Erhart. “It makes up over 50% of the earth’s upper mantle.”

The process is scalable: as sand, olivine removes CO2 from the atmosphere in just under a one-to-one ratio. According to Erhart, to extract the 10 to 12 billion tonnes of CO2  needed every year to restrict global warming to 1.5 degrees Celsius, Vesta would need to deposit sand along 400 miles of continental shelf – about the size of the coastline of the state of Maharashtra in India.

Vesta started as a non-profit organisation and it retains its links with the philanthropy sector, receiving donations and investments in the form of below-market loans. It has raised about US$7.2 million of philanthropic capital and a further US$6 million through a seed funding round, with plans for a larger Series A fundraising at the end of this year.

The company intends to commercialise its technology by selling carbon credits.

“We intend to deliver the most cost-effective permanent carbon removal solution available on the market today at roughly US$35 per tonne of carbon,” Erhart said. “High-intensity industries can purchase the credits we earn to improve their carbon footprint, and we use the money to build our business.”

This hybrid structure enables Vesta to retain its public-benefit status in the US so it can continue to research its innovative technologies and gain scientific and social acceptance for coastal carbon capture – at the same time as building a self-supporting business model for the future.

“We intend to fund our future work largely off balance-sheet using project finance because it has a very similar capital structure: a large initial capital outlay with predictable recurring revenues over time through the sale of carbon credits,” said Erhart.

With the right guidance, mentorship and access to capital, cutting-edge innovations like those being pursued by Coral Vita and Vesta have a real chance of reversing the damage done to our oceans.