Climate Change : Why Asia Must Raise the Climate Stakes

Never before has so much attention and effort been focused on tackling the causes and impacts of climate change. Some people argue it is already too late. 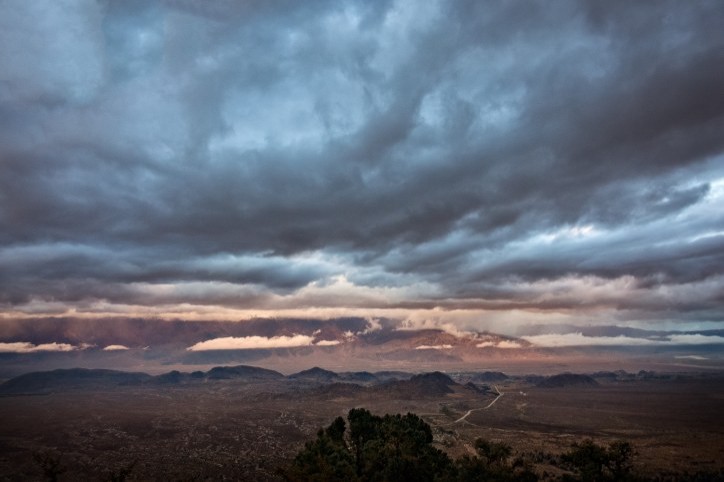 A potential sign of things to come is Earth Overshoot Day – the date when humanity’s demand for ecological resources and services in a given year exceeds what Earth can regenerate in that year.

Unsurprisingly, the day comes ever-earlier in the year, due largely to the growing amounts of CO2 emissions. This year, it was July 29, so since July 30 we have been consuming more resources than the planet can regenerate in a year [i].

This emergency has appeared faster than anticipated. Despite heightened awareness of climate change as UN Sustainable Development Goal (SDG) 13, the severity of the situation requires urgent action.

Some positive steps are being taken via climate finance and national policies. And as of April 2019, 185 parties had ratified the Paris Agreement .Yet evidence of the pace of rising temperatures and sea levels, among other alarm bells, suggest current initiatives are neither ambitious nor quick enough to stem the speed of climate fallout.

Action must be transformative and far-reaching. 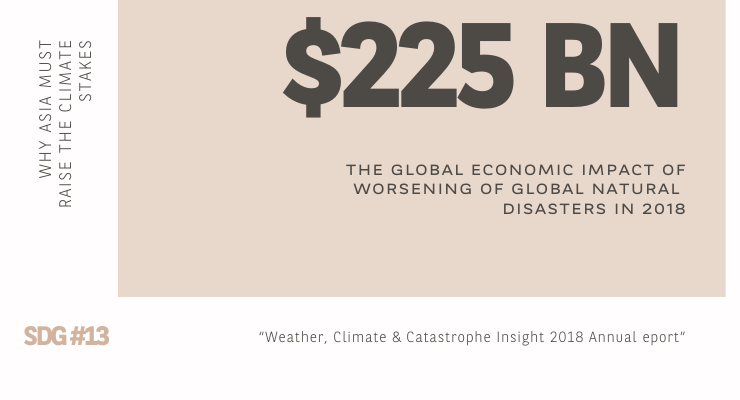 Regardless of GDP, wealth, status or any other economic measure, nobody is immune to climate change. Even Bank of England governor Mark Carney emphasised this in a statement in mid-2019, explaining that companies which fail to respond to the challenges will go bankrupt without question [ii].

There is no doubt that a complex mix of changes in socioeconomics, population and climate are contributing to more volatile weather patterns, in turn demanding new conversations to ensure everyone is adequately prepared.

A recent report from Aon, the risk consulting firm, was a wake-up call, revealing the worsening impact of global natural disasters.

It showed that 2018 was a big year for such events – from the devastation of hurricanes Michael and Florence in the US, to typhoon Jebi in Japan, to extensive flooding in China and India, Aon’s “Weather, Climate & Catastrophe Insight 2018 Annual Report” assessed the global economic cost at USD225 billion [iii].

Foreseeing this trend, the Asian Development Bank (ADB) had estimated in an earlier study that, if climate change goes unchecked, South-east Asia’s GDP could suffer an 11% decline by the end of the century due to the impact on key sectors such as agriculture, tourism and fishing, coupled with the consequences to human health and labour productivity. 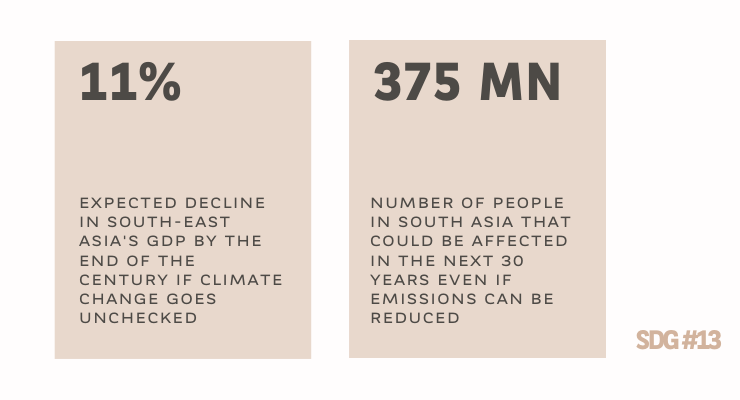 Asia’s contribution to climate woes has been notable, ranging from energy and deforestation to rising sea levels and longer spells of warm and dry weather. On the not-too-distant horizon are harvest failures, forced migration, mass extinction of species and societal breakdown.

This is perhaps inevitable – Asia’s vast population, rapid urbanisation and frequency of natural disasters ensure the devastating impact of climate change in the region. Plus, it is a hotbed for the human activities that cause global warming, with several countries continuing to argue they should be allowed to continue increasing emissions as they industrialise.

Investing in renewables such as solar and wind offers the potential to mitigate the effects of climate change, boost economic growth, improve access to electricity, clean up air and bolster water supplies.

Upping the ante in Asia

Asia needs to do much more to tackle climate issues than it has to date.

Investing in renewables such as solar and wind offers the potential to mitigate the effects of climate change, boost economic growth, improve access to electricity, clean up air and bolster water supplies. Reforms to policy and regulation are essential to foster decentralised renewable power production, alongside incentives to ditch fossil fuels.

Unfortunately, the transition in Asia towards non-emitting sources of energy has been uneven; some countries, like India and China, have become global champions of renewables, while others, like Japan, have done less to address the emissions problems.

At the same time, coal consumption remains a big issue. As India, China, Indonesia, the Philippines and Vietnam, for example, continue to rely heavily on cheap coal to meet fast-growing demand for electricity, the region risks cancelling out global progress towards preventing catastrophic climate change.

Indeed, countries in South and South-east Asia must switch to clean energy to meet pledges to curb climate change and tackle air pollution, according to a study from Perth-based think tank Climate Analytics [vii].

Investing in a greener future

One possible route to change that has attracted growing interest in Asia is sustainable investing.

While the region trails the developed world in this area, it now looks poised to close that gap given the urgent need for development, coupled with regulations and more institutional support driving allocations.

For example, the assets under management held by the Asian signatories to the UN Principles for Responsible Investment surged 87% in the three years to the end of 2018. Further, multilateral institutions such as the Asian Infrastructure Investment Bank (AIIB) and ADB have launched ESG and green bond mandates in recent years.

The pressing need for climate-related infrastructure investment over the next 15 years has motivated institutions to tap Asia’s fixed income markets for funding. The region already accounts for higher levels of green bond issuance than the US, with China leading the pack via 70% of emerging market green bond issuance in 2018.

The shift in what investors, both private and institutional, focus on in their portfolios is expected to continue as sustainability becomes a top-of-mind criterion for decision making around the world. Returns as well as impact have the potential to lay new foundations in the fight against climate change.