The new antitrust regulations in China will have implications for major Internet companies with dominant positions across segments. But the consequences are likely be less disruptive, given their reduced dominance across segments compared to a few years ago. 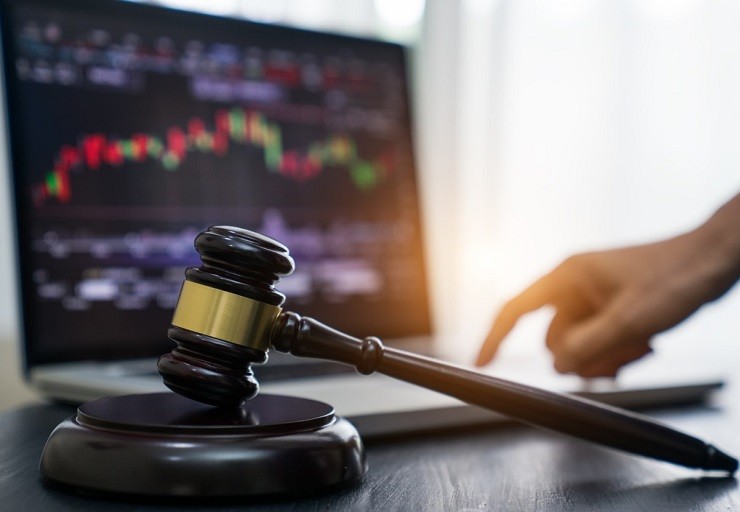 The State Administration for Market Regulation (SAMR) of China on 10 November 2020 unveiled a draft regulation (the Draft), which aims to curb monopolistic behaviors in the internet platform economy, strengthen and improve anti-monopoly regulations, protect fair competition, and safeguard the interest of consumers and all participants influenced by the platform economy.

This anti-monopoly draft (key details as summarised in Table 1) is the first detailed regulation aimed at  rooting out monopolistic practices in China’s internet industry. Under the regulation, internet companies may face real penalty for misconduct. The draft expressly prohibits companies from abusing their dominant market positions, and list specific prohibitions such as banning unreasonable bundling sales and selling below cost.  Violators could be forced to divest assets, intellectual property or technologies, open up their platform or adjust algorithms. 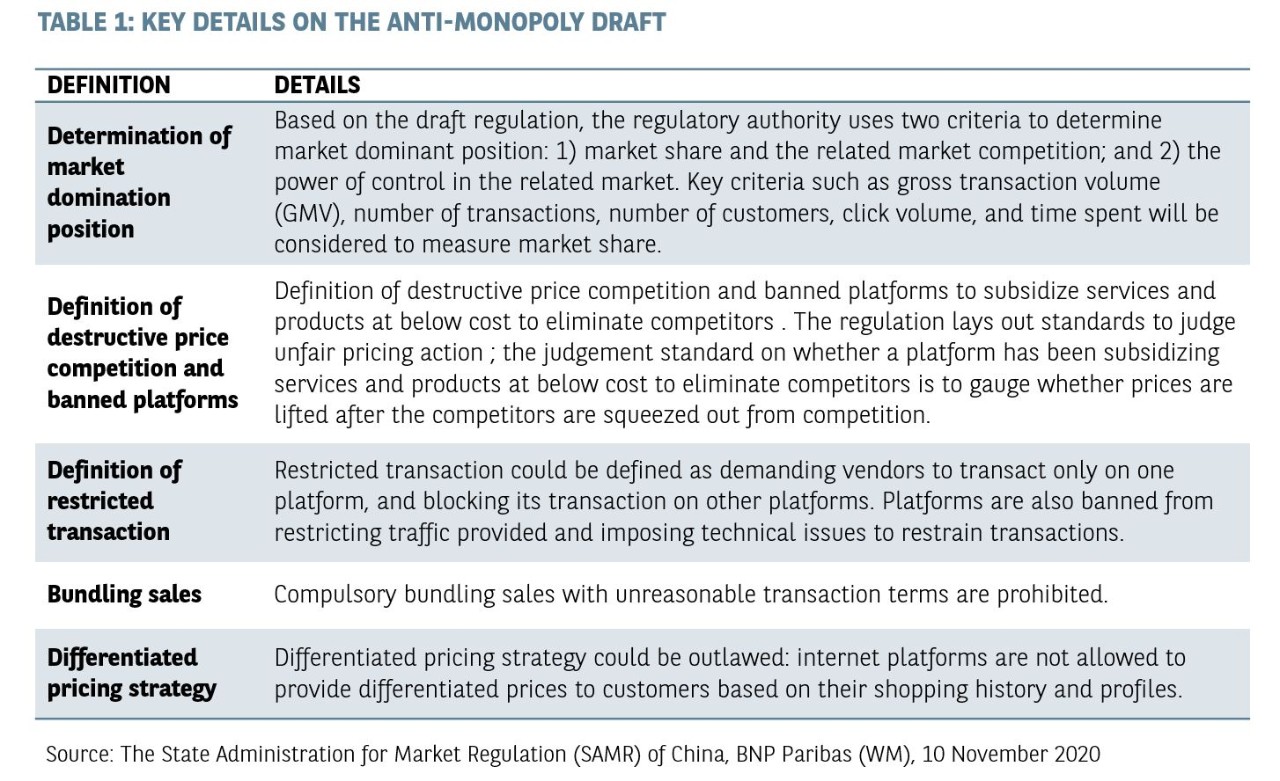 We believe that the potential implementation of the new antitrust regulations will have implications for major Internet companies with dominant positions across segments. That said, competition has already intensified in recent years, with giant "incumbents" losing market share to smaller "disruptors", so the consequences will likely be less disruptive, given reduced dominance across segments compared to a few years ago.

We also note that China’s leading internet companies have been readying themselves for a more refined regulatory environment over the years, as regulations were gradually tightened over some subsectors. For instance, the largest China internet companies have opened up their artificial intelligence (AI) and cloud platforms to support technology ecosystem partners and China’s technological innovations. A leading music streaming app has been adjusting its exclusive music intellectual property (IP) rights structure with record companies, and some online travel app have adjusted its bundle sales strategies.

In terms of sector impact, we expect the Ecommerce and Online services industries to face heightened scrutiny under the new regulation, as the nature of their businesses hinges on many of the aspects highlighted in the Draft, such as competing for merchants to exclusively choose an ecommerce platform, differentiated pricing, bundling strategies and competing at below market cost. The payment sector will also be impacted by recent tightened fintech regulations, as illustrated in the delayed listing of a leading China fintech company in November 2020, which was supposed to be the largest Initial Public Offering in history.

We believe that the regulation would constrain e-commerce platforms’ ability to expand user base by means of offering aggressive subsidies. Some ecommerce platforms have provided strong subsidies and brought selling prices to below cost to compete for user traffic, which could be outlawed. In fact, this could be seen as a positive sign for incumbents as it could serve to limit new entrants from aggressively pricing to gain market share.

Some ecommerce/online services companies have also been under scrutiny for demanding vendors to transact only on one platform, and providing differentiated prices to different customers based on shopping history and profiles. Such conduct will be under close watch by the regulators, based on the antitrust guidelines. Nonetheless, we note that merchants and restaurants have increasingly been using multiple platforms given intensifying competition in both e-commerce and food delivery in recent years.

We believe that the online entertainment/search platforms are likely to be less affected by the Draft, as competition in the sector is much more diversified. Leading online entertainment platforms have already taken actions to address regulatory concerns over potential monopoly behaviors. For example, a leading music streaming app gradually ceased to be exclusive music IP distributors of global leading music labels as it raises potential monopoly concern. This change does not materially impact the company’s business model, but instead optimises its content costs structure.

Overall, the trend of increasing tech regulation is a global phenomenon. While we do not rule out further guidelines from the government to rein in powerful internet platforms, we believe that the Chinese government is not aiming to curb the development of internet companies or break them up given that the platform economy brings innovation and digitalisation to the overall economy. Rather, it is proposing regulations that could shape the competitive landscape into a more balanced and sustainable environment for long term growth. We buy into weakness in China tech.