Why don’t we worry about the HKD peg?
YOUR WEALTH
HAS A VOICE.
LET IT BE HEARD.

Why don’t we worry about the HKD peg?

Therefore, it is now timely for us to revisit the fundamentals of the currency peg.

Therefore, the HKMA should have sufficient USD that can be sold to keep the USDHKD rate         below 7.85. 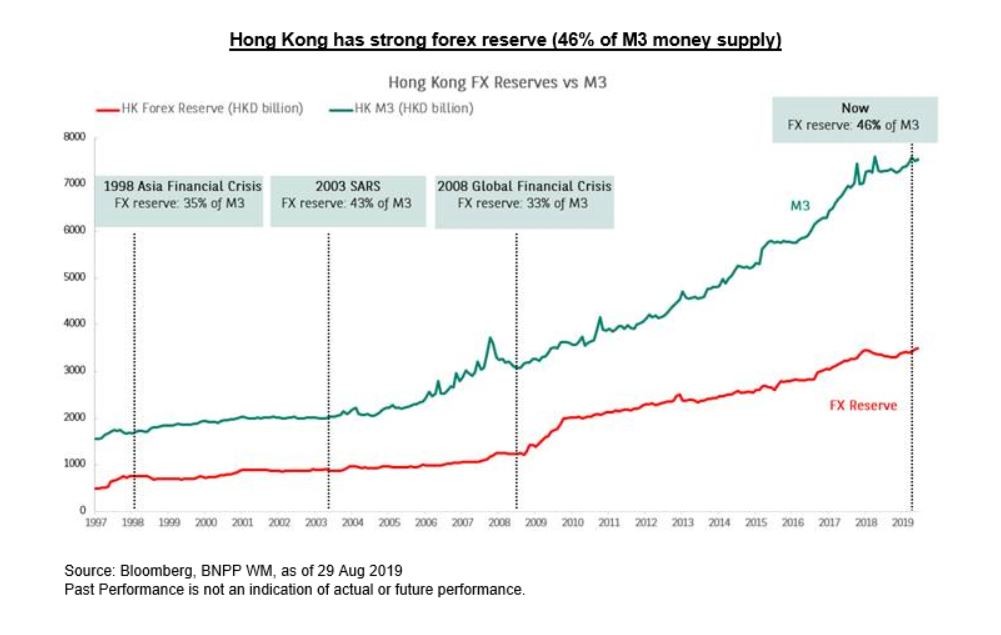 1.       How does Hong Kong’s Currency Board mechanism operate?

·         The HKD is officially linked to the USD at the rate of HKD7.8 to USD1. The Linked Exchange Rate system operates through a Currency Board mechanism, which requires the monetary base to be fully backed by forex reserves. The stability of HKD is maintain through an automatic interest rate adjustment mechanism, where interest rates rather than the exchanges rate adjust to the capital inflow or outflow.

·         For instance, recent capital outflows have pushed the HKD towards the weak side of the convertibility range, triggering the HKMA’s autopilot mechanism of passively selling USD/buying HKD to keep the exchange rate constant. This has then tightened the local money market, lifting local interbank rates (HIBOR), which in turn, will discourage selling of HKD. This actually shows that the Currency Board mechanism has been working well as intended, rather than burning through forex reserves.