Central Bank policies and political uncertainty should be the key drivers for currencies. 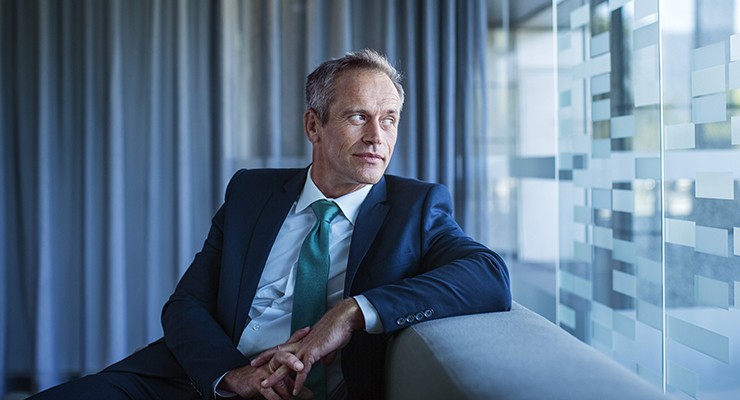 The EURUSD hovered in a very tight range in May, fluctuating around 1.12. The increasing turmoil around trade tensions has been the major headline.

As a safe haven currency, the US dollar should continue to benefit from trade and global growth concerns. Moreover, the eurozone suffers from political uncertainty as the likelihood of a no-deal Brexit rose.

The USD should remain around current levels short term given our assumption of a longer period of uncertainty. We now see the EURUSD trading around 1.12 instead of 1.14 (weaker euro) over the next 3 months.

Over the coming year, we still see the dollar weakening from current levels as (1) a rising probability of a US rate cut by the end-2019, (2) the increasing US deficit and the higher debt-to-GDP and (3) the overvalued USD.

Further, the possibility of US tariffs on European cars is still pending even though the recent escalation of Sino- US tensions should delay such a threat. We keep our EURUSD target at 1.18 for the one-year horizon.

The British pound has weakened in May and broke 0.88 as the political context worsened in the UK. While the Brexit party won the European elections and the PM May announced its resignation, the downside risk lies in the likelihood of a Brexit hardliner successor of May.

This raises the probability of a hard Brexit. On the macro part, the monetary stance remains cautious and interest rate moves are dependent on a Brexit deal.

We still see a Brexit agreement as the most likely scenario, with several routes to reach it. We think however this is likely to come later rather than sooner. We think the EURGBP should hover around current levels at 0.88 (value of 1 euro) over a 3 and 12-month horizon.

As a safe haven asset, the Japanese yen has been the best cross US dollar performer in May, in a context of strong risk aversion and depressed global growth expectations.

The most likely scenario would be lasting trade tensions until end-2019. Therefore, the yen should benefit from its safe haven status and remain steady. We continue to see the USDJPY trading around 110 in 3 months.

Near term, the expected persistent trade tensions should weigh on the Japanese economy, as Japan is highly integrated in the Asian supply chain of high tech components. On the monetary side, no policy rate moves is anticipated before the end of 2020 as the central bank has little leeway and  the inflation is expected to remain low.

We think that the decline of net portfolio outflows should be another support for the yen prompted by the slowdown of the US momentum by the end of the year. We continue to see a stronger yen and we keep our USDJPY target at 106 in a 12-month horizon.

The Swedish krone continued to fall and lost more than 5% against the euro this year. However, the trend reversed more recently. The April inflation printed above the central bank target. This increase has likely been fueled by the weakness of the currency.

Although the economy seems to have peaked, economic fundamentals remain solid. As we think that political and trade uncertainty will not fade in the comings weeks, we do not expect the SEK to appreciate in the short term, thus we now see a EURSEK trading around 10.70 (value of 1 euro) instead of 10.20 in 3 months.

Medium-term, the last meeting of the central bank marked a shift to a dovish stance. Hence, we do not expect a rate hike before the end of the year. Worries regarding global growth, particularly in the Eurozone, rose since the US-China tensions have escalated.

While we continue to see some upside for the currency we think than the SEK will strengthen less than previously expected. We revised down our 12-month target for the EURSEK to 10.20 (9.80 before).

The Norwegian krone fell due to renewed risk aversion. However, the currency has strengthened since mid-May while oil prices slumped. On May 9, the Norges bank hiked rates in a context of high inflation.

We think that the central bank will likely hike rates again at the next committee on June. This should provide some upside for the NOK as the bond yield differential would widen.

However, this strengthening could be limited as the move is broadly anticipated. Hence we see the EURNOK around 9.60 instead of 9.40 over the next 3 months.  We expect the central bank to keep its hawkish stance by next year.

Markets seem already having priced higher rates, likely reducing the impact on the currency. Although the domestic economy remains strong, a weaker global economy could limit the appreciation potential of the NOK. 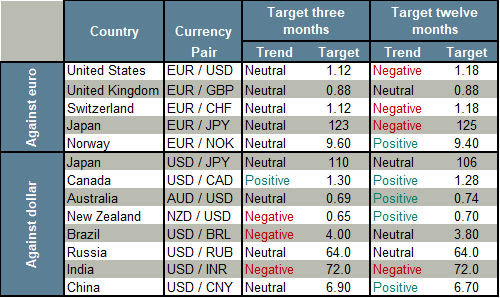