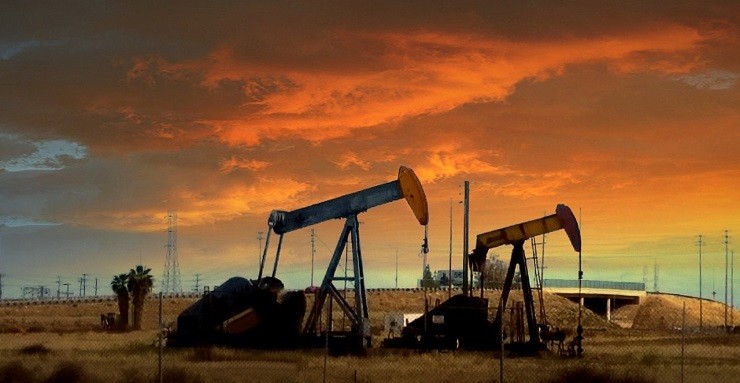 The May WTI futures contract which is due to expire today collapsed to a session low of -USD40.3 last night, the first time prices fell below zero in history. This literally meant that buyers are being paid to take barrels of oil away, as holders of the May contract did not want to accept physical delivery, having been struggling to find storage facilities at Cushing, Oklahoma which is the main delivery point in the US for WTI futures. 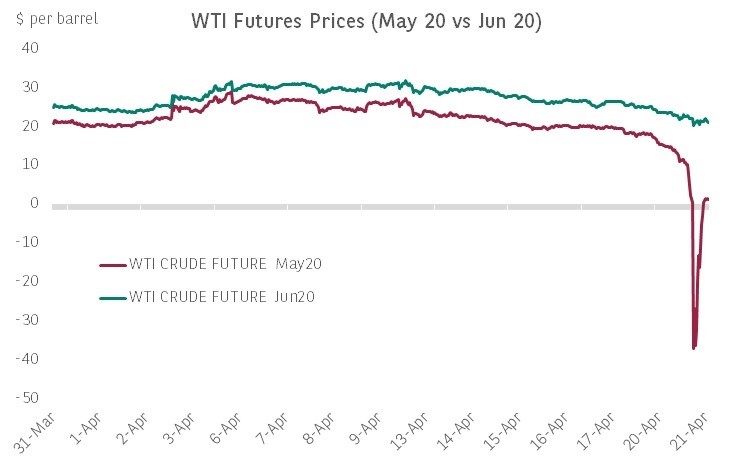 What explains the gap between WTI and Brent oil prices?

Factors that affect the spread of WTI and Brent include the costs of storing and shipping crude, quality, political events, inventories and demand.

Will the WTI-Brent spread narrow?

Firstly, pipeline developments since 2009 allow oil to move from Cushing to the Gulf Coast. This could ease supply pressure at Cushing.

Secondly, recent US government action to lease 30 million (potentially going up to 77 million)  barrels of space in the Strategic Petroleum Reserve for producers to store their excess oil output could also alleviate pressures on commercial storage capacity.

Thirdly, US production cut and ongoing elevated exports of US light crude oil to international markets will likely compete with Brent, keeping the pricing of both benchmarks in close proximity. 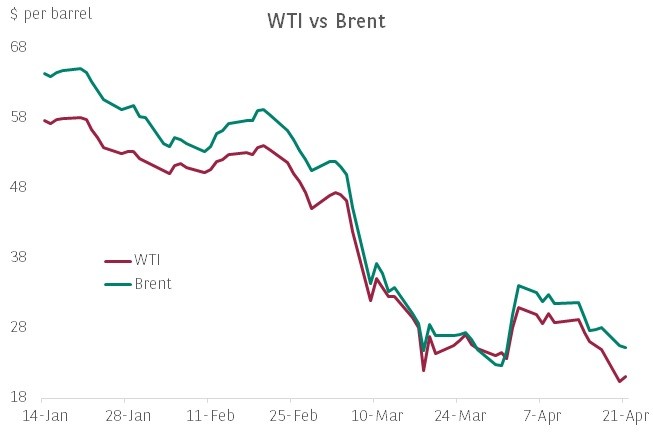 The oil market will not be out of the woods in the near term amid weak oil demand and a lack of available storage space. High frequency data suggests activity in the airline industry has fallen by more than 60% over the past month.

Global oil consumption is estimated to have fallen by at least 30% amid stay-at-home restrictions and business closures due to the coronavirus pandemic.

In the US, before the coronavirus induced demand drop, low forward WTI prices were already a problem for the US shale oil industry. The sector saw a high number of bankruptcies among the smaller producers.

The small independent companies that still dominated the industry were finding it increasingly difficult to raise money and struggled to generate positive free cash flow consistently. US drillers cut 40 oil rigs in the week of March 27, the most in a week in nearly 5 year.

We do not expect a sustainable price recovery until pent-up demand is released with the lifting of confinement and social distancing measures globally in Q3. The combination of lower supply later this year and rebounding global demand when the lockdown period ends should help Brent price to recover towards USD45-55/bbl at the end of 2020.

Also, the longer term outlook for oil is positive given the low level of capex decisions made during the 2014-2017 downturn (investment plans are again cut heavily this year).

Without investments, the production of traditional oil fields will decline by 6-7% per year on average. Additionally, we expect that the negative impact of the energy transition should only be felt from 2025 onwards.