Tech turmoil: a buy opportunity?
YOUR WEALTH
HAS A VOICE.
LET IT BE HEARD.

After their recent decline, technology stocks are facing several risk factors in the short term. 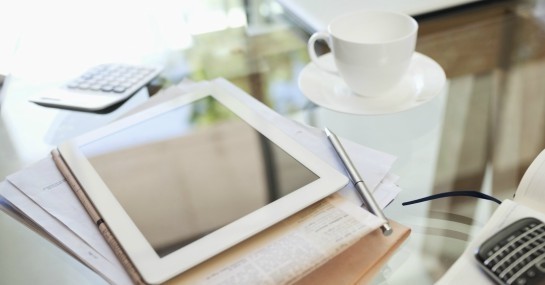 Technology stocks have had a very strong run over the last few years. We remain confident about the sector’s structural drivers, confirmed by a positive earnings trend. Secular growth is driven by high growth opportunities in big data, an increasing use of cloud computing, mobile payments, etc. All tech components – semiconductors, hardware and software – have benefited from solid growth dynamics. The semiconductor industry will continue to benefit from demand in various segments (robotic, auto, smartphone, etc.). Software services and the Internet will continue to be supported by the ramp-up of data management.

Nonetheless, the Tech sector has recently fallen by 10% from its March highs. Internet stocks have been penalised by the data scandal concerning Facebook and Trump’s tweets against Amazon. (The famous FAANG stocks lost 13%). Recent concerns over the way Facebook and other tech companies have handled privacy issues could further sour sentiment on the sector. President Trump’s comments about Amazon are fuelling uncertainty over e-commerce companies. According to him, Amazon does not pay its fair share of taxes, and the US Postal Services – a large source of employment in the US – is losing money due to competition from Amazon’s deliveries. In Europe, the EU authorities could change the tax rules in order to collect a fair share of tax revenues from online businesses. In this environment, a tightening of regulation in the tech sector must not be excluded. Fears of higher fiscal pressure, tougher controls of mega-tech companies or any measures against their monopolistic positions could reduce investor appetite for the sector in the short term.

Rising trade war fears have also weighed on the sector. The US authorities announced measures against imports from China on the grounds of intellectual property infringement. They concern $50 billion of Chinese imports, on which an additional tariff of 25% will be imposed. Recently, President Trump threatened to tax $100 billion additional imports. On the preliminary tariff list, the sectors concerned are machinery, telecommunication products and electronics. These measures could have a negative impact on the entire technology value chain as they raise question marks over companies’ profit margins and possibly sales (if a trade war impacts global demand).

The strength of protectionism is thus crucial for the worldwide Tech sector. At this stage it is extremely difficult to assess the scale of future tensions (if any) between countries, but an escalation leading to a global trade war would be very unfavourable. In such an extreme scenario, trade relations would deteriorate and sanctions and counter-sanctions would create uncertainty, causing a marked growth slowdown and a risk aversion in equity markets. We believe that trade tensions will not degenerate into a global trade war, but they will persist and may create volatility on stock markets. Donald Trump seems to be using the commercial threat more as a negotiating tool rather than as a protectionist measure. He is trying to obtain concessions from his trade partners before the US mid-term elections. At the same time, worries about a plunge in the stock markets will constrain him from acting too aggressively. In this context, his strategy would be to strike a balance between threats and negotiations. Our scenario is that China might agree to some changes in their intellectual property rules and improve practices in this regard, but the negotiation process could be long and bumpy, creating volatility in the short term, especially in global stocks such as Tech.

High valuations despite the recent sell-off

Finally, Tech stocks are not cheap compared with other sectors. Since the recent sell-off, the P/E ratio of the Tech sector has returned to more reasonable levels in the US (below 18x), but valuations still look high in comparison to other sectors. An additional risk for Tech companies is that they are particularly sensitive to changes in discount rates. Estimates are based on discounted earnings over a long period. As such, higher real bond yields will badly affect Tech names.

In this environment, we prefer to wait before buying more Tech stocks. We are currently neutral on Technology in our strategy. Within the Tech sector, we are only positive on Telecom equipment, whose revenues we expect to improve thanks to an increase in 5G spending. As we are largely invested in late Cyclicals and Financials, we do not want to add any risk at present levels. A further decline in the Tech sector may offer buy opportunities. Technically, Tech indices should find support at their February low, but the upside potential looks limited due to the falling 50-day moving average.