Trade Tensions, Trump and The Art of the Deal
YOUR WEALTH
HAS A VOICE.
LET IT BE HEARD.

The ongoing tensions which flared again yesterday with the US threat to impose $200 bln of additional tariffs if China responded with $50 bln in tariffs on US goods reminded investors of the risks of a trade war. 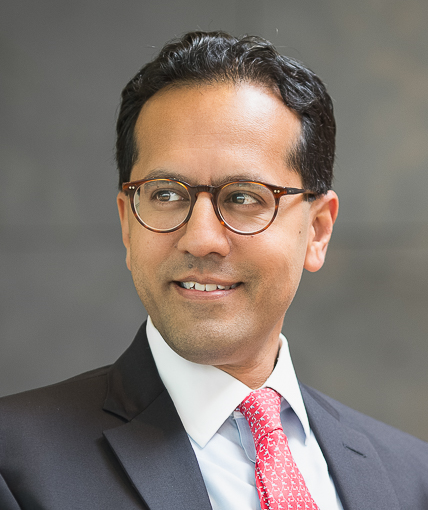 “What is stark is the US is running practically no “trade deficit” if you include the sales of US subsidiaries producing and selling in China as they are not counted in the trade deficit.”

Roughly a 10% tariff on $200 bln of goods is 0.2 -0.3% of China GDP. While not good certainly it is manageable in the short-term. We would expect additional China easing measures if the tensions escalate including RRR cuts, and tax cuts are also under consideration.

The longer term impact on business sentiment and capex investment if tariffs are implemented for an extended time given the interconnectedness of trade is the worry for the global economy.

However, the key issue in the short-term is the US stock market performance has been relatively insulated so far from trade tensions relative to HK/China equities which again underperformed yesterday. S&P 500 recovered intra-day and fell modestly -0.4% while the Hang Seng Index fell by -2.8% and Shanghai Composite -3.5%.

Many had a false sense of trade conflict being resolved quickly after Treasury Secretary Mnuchin’s trade war is on hold comment, North Korea progress, and ongoing trace dialogue between US and China.

In addition, the US economy is outperforming expectations while the China economy is starting to slow with ongoing slowdown in credit growth and shadow banking sector which is intended as part of the reforms in China.

This underlies that President Trump is in a strong negotiating position for now as:

What is stark is the US is running practically no “trade deficit” if you include the sales of US subsidiaries producing and selling in China as they are not counted in the trade deficit.

Hence,  if trade tensions escalate and sustain, at some point US equities could be impacted as China would not run out of trade targets from a non-tariff perspective by targeting US multi-nationals in China. Please see the article in Business Times  which was published some weeks ago is insightful is that IF the trade war escalates, China would target US multi-nationals producing and operating in China and that trade talks would take time. 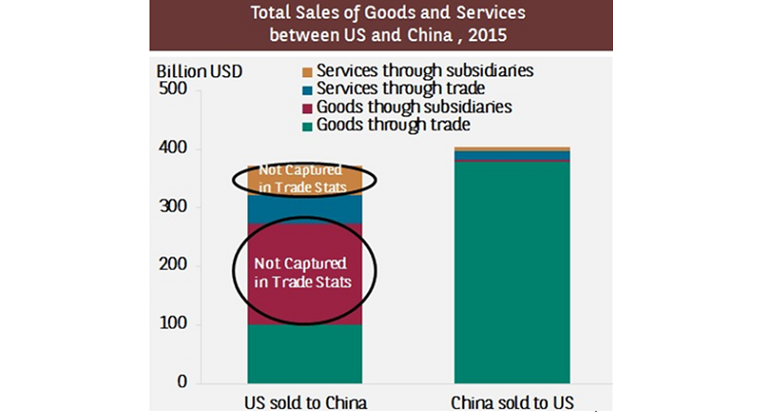 Our base case remains no all-out trade war as it would impact the US stock market ahead of the mid-term elections and of course the costs to the global economy. However, tariff and non-tariff barriers need to come down over time to reduce tensions, this will take years.

Fears over national security, made in China, are also ongoing and are long-term issues, but there is still room for “the art of the deal” and the posturing is viewed as part of the negotiating process.

The longer the US equity market decouples in a way raises the risk of no quicker rapprochement. The timing of any deal may coincide with US mid-term elections in November, so this negotiation process as already discussed, will likely continue over the summer.