US bank earnings beat estimates but expect more volatility ahead

The past weeks had been a wild ride for the markets with the S&P 500 Index and Nasdaq Composite Index falling 8.8% and 13.3% respectively in April 2022, before posting a rebound in early May.

As the US market headed into the 1Q22 reporting season, consensus was expecting a sharp deceleration in earnings growth (+5% year-on-year) compared to 2021 when growth ranged from 28-92%. This was due partly to a high base effect, as well as margin compression due to inflationary pressures.

As the 1Q22 earnings season progressed, consensus 1Q22 EPS had risen slightly since 1 April 2022 (see Chart 1), pointing to earnings growth of 6%. Around 50% of companies beat consensus on both revenue and EPS, though forward guidance remained weak, leading to FY22-23 EPS estimates being trimmed. Volatility has been extremely high, with companies that missed expectations severely punished.

April 2022 was also marked by the sharp underperformance of Growth stocks against the broader market, impacted not just by sentiment around rising rates, but also weakening fundamentals.

US tech megacaps not immune to headwinds

The major US tech megacaps have reported their quarterly earnings. As with the rest of the market, Covid beneficiaries saw difficult compares and pull forward of demand which had impacted results negatively.

Despite near-term challenges faced by the tech megacaps, we note that overall valuation is not demanding, with many trading at multi-year low valuations despite secular thesis being intact in our view. In the near term, our preference stays with the enterprise software segment. 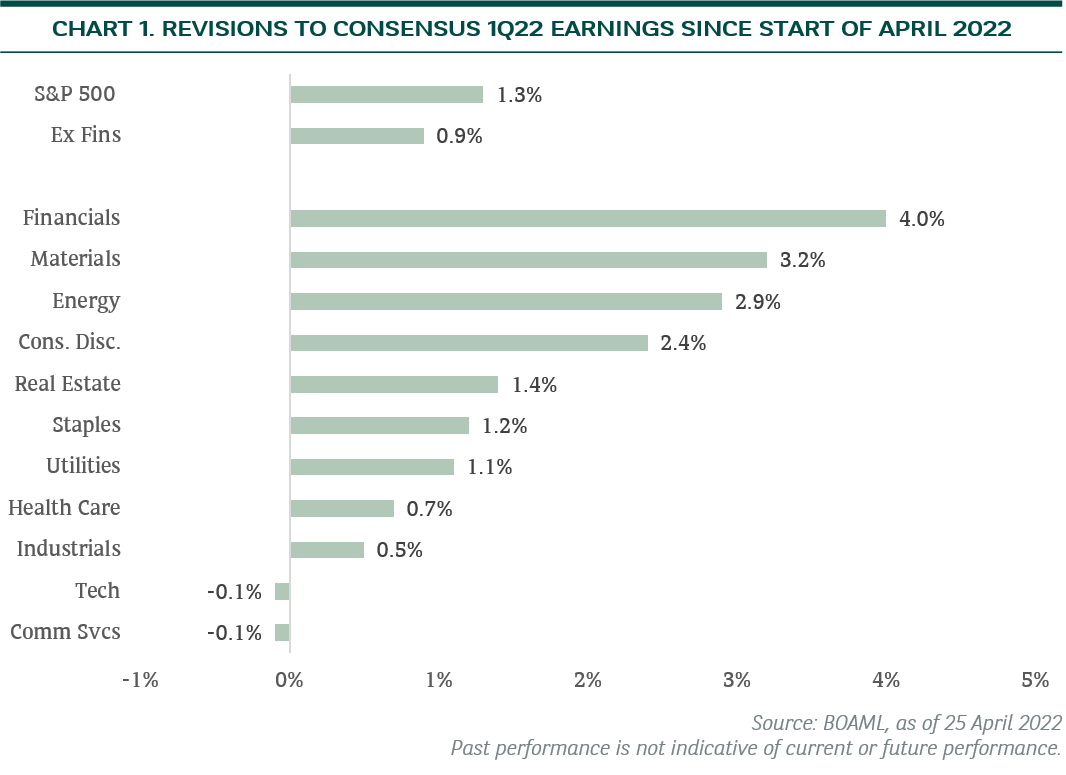 Spotlight on US banks

The largest US banks’ 1Q22 results beat consensus on both earnings and revenue lines. Here, we highlight a few broad themes that we have gleaned from the earnings season:

Russia-related losses reported were small relative to sector earnings, reinforcing the view that direct exposure amongst the big names has been limited. However, second-order volatility in the marketplace remains difficult to predict. As a major bank CEO commented, “the Russian invasion has further complicated the geopolitical landscape and created an additional level of uncertainty that I expect will outlast the war itself.”

Looking past 1Q22, loan growth started off solidly in 2Q22, while NII will be supported as more rate hikes are expected. Fee income is likely to remain weak. Credit quality is holding up, but one needs to keep an eye on signs of softness given expected macro deceleration.

Fears of a hard landing may keep banks volatile, but valuation is starting to look attractive (see Chart 2). Within our coverage, we prefer banks leveraged to the rate hike cycle, with higher rate sensitivity and a lower credit risk profile. 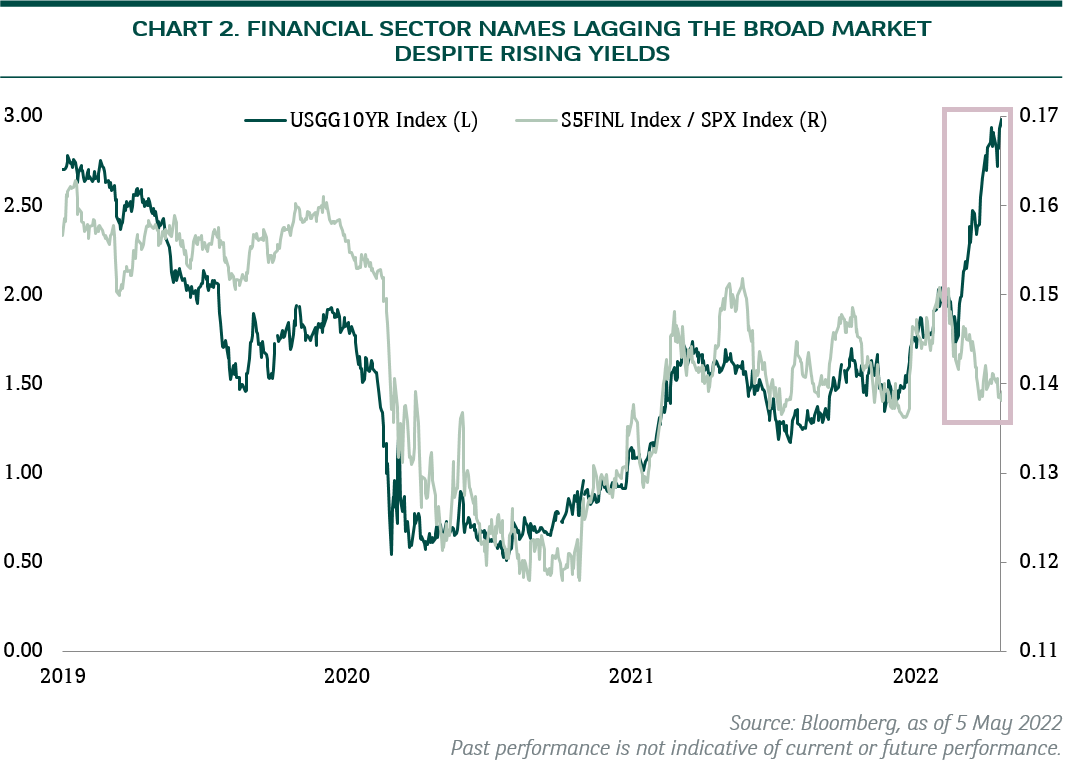