Yield curve inversion
YOUR WEALTH
HAS A VOICE.
LET IT BE HEARD.

The US 2-10 year yield curve is one of the most widely followed recession indicators, but is it still a valid signal? 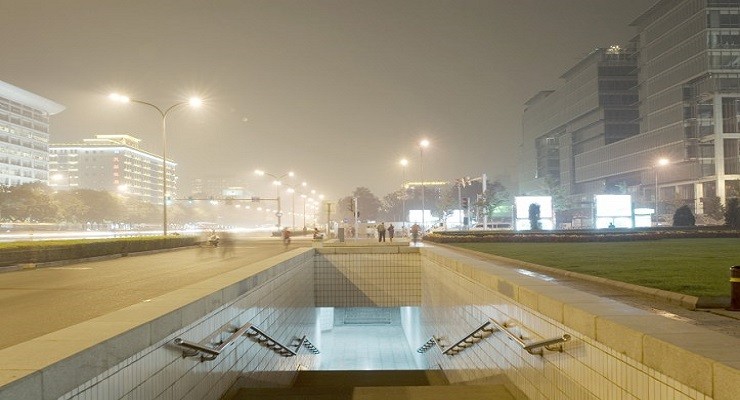 The US 2-10 year yield curve is one of the most widely followed recession indicators, as it has indicated a looming US recession in the past. However, as the US yield curve may be distorted by QE (quantitative easing), whether this is still a valid signal of recession is a question mark.

The spread between US 2-year and 10-year yields falls to a mild negative. But quantitative easing (QE) has distorted the yield curve, is it still a reliable signal? 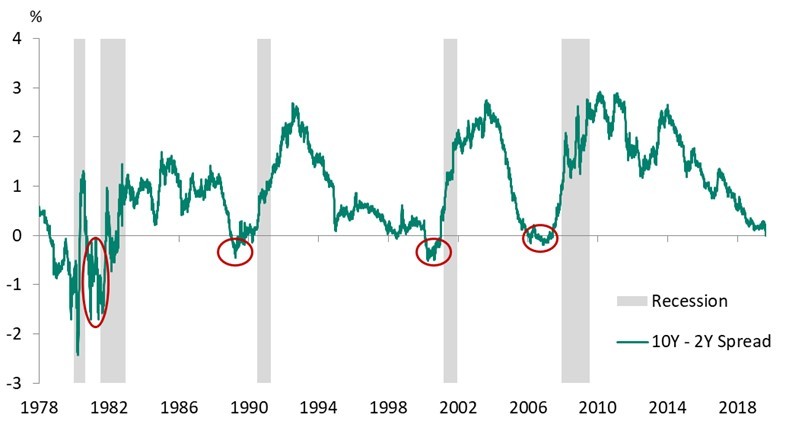 Spread between 2-year and 10-year yields

At the same time, despite the stronger-than-expected UK CPI inflation data, the UK 2-10 year yield curve also inverted yesterday amid growth concerns, which has been complicated by the Brexit uncertainty.

Combined with the weaker-than-expected economic data from China (sharp deceleration in industrial production and retail sales growth in July) and Germany (2Q GDP contracted 0.1% qoq), risky assets took flight as a result, with the S&P 500 and the Euro Stoxx 50 falling 2.9% and 2.0%, respectively.

No doubt that recession risk is rising amid further escalation of trade conflicts, which will have negative impacts on global growth. Our base case scenario is still a global synchronized slowdown this year, rather than an imminent recession.

Markets are currently pricing in a significant probability of 50bps cut by the Fed in September. We have been seeing a global synchronized rate cuts since the Fed cut in July. This could serve as a cushion to the downside risk, although it is arguable that global monetary easing is a cure to slowing growth. Fiscal policies are needed to revive growth.

We still maintain our short-term negative view on global equities given the growth concerns and plenty of uncertainties around (trade war, Brexit, political events). Also, valuations, especially US equities, have yet to correct enough to look attractive.

As we recommended since early May this year, a healthy portfolio diversification is important to navigate the sea of volatility. We remain positive on gold and short-end US Treasuries. The defensive high dividend stocks and selected Asia credit have also been relatively resilient.