Philanthropy: The May Foundation

The May Foundation harnesses the power of volunteers to increase community cohesion and civic engagement across China.

The family foundation was created in 2014 by millennial philanthropist Amy Gao and funded by the Anxin Trust Co, a publicity listed trust company. Her family have a controlling interest in Anxin Trust Co, which is a business unit of Ms Gao's family business, Shanghai Gorgeous Investment and Development Co.

The foundation aims to encourage greater volunteerism across the Chinese population. Its strategy starts in universities and expands into the wider community via community service, training programmes and creating links between students and businesses.

Ms. Gao was originally inspired to make a social impact following a talk by an eminent American philanthropist. Her first step was to donate blood; only 9.5% of the eligible Chinese population donate blood, far lower levels than the WHO recommends, leaving China with a chronic blood shortage that represents a serious challenge to public health (1). Her next step was to organise an annual blood drive among her company’s staff. She realised that not only could she herself volunteer for the betterment of society, but she could facilitate a similar “awakening” to volunteer in other young people. 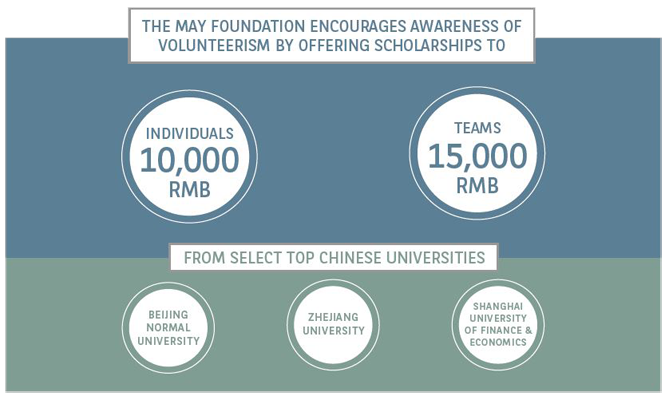 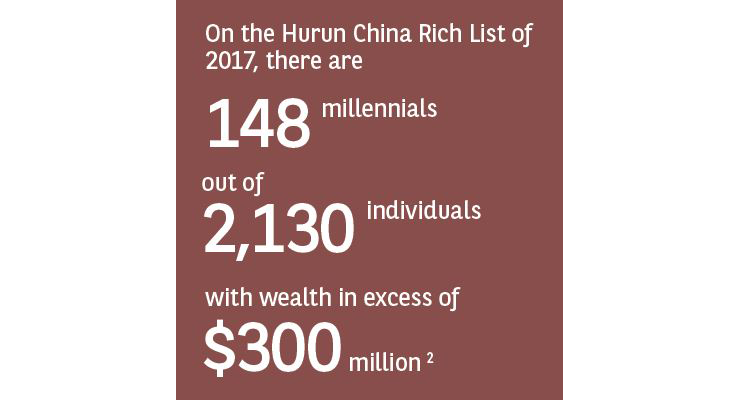 Students who want to be considered for a scholarship must undergo an application process to demonstrate excellence or commitment to volunteer roles. For those who are interested in volunteering, the May Foundation provides a register to help link them with volunteer opportunities.

One winning team from Zhejiang University volunteered time to teach a broad array of subjects and extracurricular skills, including dance, sports and arts, to an elementary school for migrant workers’ children. Until then, the school had only provided lessons in Chinese and mathematics.

“My big vision is to promote volunteerism across the whole of China, not just in the universities. I want to engage the public in improving our civic lives.”

Founder of May Foundation

"The school had struggled to attract teachers, so this team project was to bring greater access to other classes for these children, which they otherwise would never experience,” explains Ms Gao. While it is too soon to measure the impact of the project, the volunteers from Zhejiang University hope that they have improved the social mobility of the children as well as their access to further education, and have inspired them to do their part for others who are less fortunate in the future.

In 2018, the scholarship awardees will also receive 10 hours of free communication, leadership and team management skills training in return for 100 hours of documented volunteer hours.

In addition, the May Foundation will continue organising talks at universities with speakers prominent in business or not-for-profit enterprises. Ms Gao says that Chinese students, swamped with a demanding study curriculum, can become cut off from society, and that a growing cultural generation gap in China prompts ill-informed views of the country’s young people. Since 2016, these talks have provided a bridge between the two groups, she says, inspiring both sides—much in the way that she herself was inspired.

The May Foundation was seed-funded with 10m RMB and received a further 10m RMB in 2016. After scholarships and running costs, the remaining endowment is invested for perpetuity, to ensure the ongoing viability of the not-for-profit foundation.

There are more billionaires in China than in the US, 609 compared to 552. Beijing is the billionaire capital of the world for the second year running.

3 "Community volunteers reached to 16 millions and the volunteering rate in urban population was only 3%" China daily, 2005