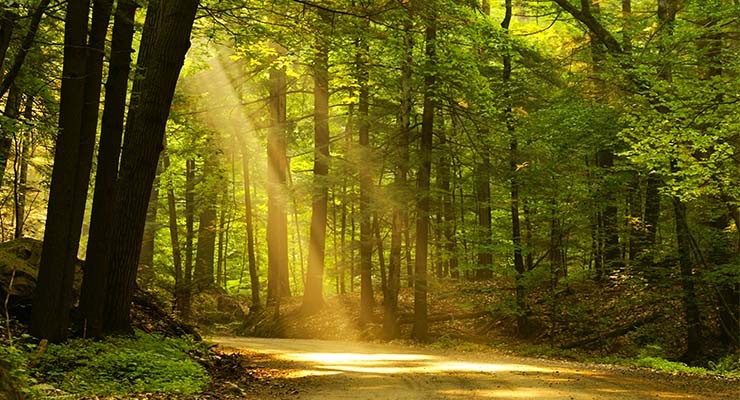 Forests: an active market at end-2018

Since 2008, we have seen a rise in forestry sales. There were €125.4 million in transactions in 2018, which is still a slight decline on 2017. In total 57 sales were recorded versus 87 in 2017, so one can presume that the market was generally supported by the rise in average prices. According to the latest forestry index, the return on forest investments in Great Britain exceeds 10%, which partly explains the appetite of numerous investors.

Scotland retained its dominant position, accounting for 69% of forestry sales. England achieved a higher-than-usual position with a 26% market share. As for Wales, whose market usually consists of smaller properties, it accounted for 5% of the market.

Last year some 14,370 gross hectares of forestry were traded including several large estates. In Scotland the sale of Dunderave forest by Inveraray, comprising over 1,000 ha attracted considerable attention from investors and sold quickly above the guide price of €9.2 million. In England, there was substantial interest in the sale of Dipton Woods in Northumberland, which sold considerably above its guide price of €1.84 million.

The average size of a property sold last year increased to 196 ha (from 149 ha in 2017) and the average cost of a property is now€2.1 million. The average price per hectare is approximately €10,710. Obviously this average masks large price disparities according to the size of the forest and forestry stocks.

Average prices in Scotland show consistency across all forest size ranges. Some of these higher value properties have additional interests as small estates.

With average prices in Wales now at around €13,800 per hectare, it is looking rather more expensive than Scotland despite the small sample size.

The very active state of the market last year showed the difficulty that buyers had in determining a bid price. Buyers from outside of Scotland take some time to understand the market in these circumstances. 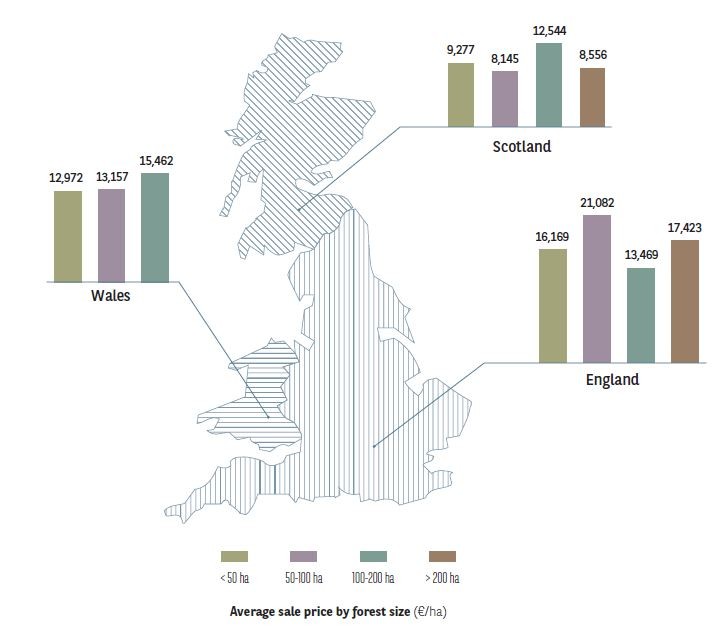 The past year has seen exceptional opportunities for wood sellers.

Timber prices have risen at unprecedented rates, with the Forestry Commission’s Coniferous Standing Sales Index showing an increase of 28.2% compared with the previous year.

As Britain imports almost 60% of its sawn timber, the weaker pound makes the British sawmilling industry more competitive. There has been a significant increase in demand in industries such as sawmilling and board production as well as in the biomass and renewable energy sector.

Last year a new manufacturing line was officially opened at the Norbord wood panel factory (Highlands) as part of a €109 million investment. That’s twice the amount wood processors have been investing every year over the last decade or more in just one project.

During the past seven years, timber production from British forests has remained relatively flat, despite forecasts of increasing production over the next 15-20 years. Demand for roundwood should therefore continue in the medium term.

Brexit and the status of the exchange rate have resulted in the UK becoming a less attractive market for euro-based producers.