Women across the world are becoming entrepreneurs in greater numbers, making up 38% of sole proprietorships globally.[1] As they transform their own livelihoods, these women are also creating positive impacts for their communities and economies. As International Women’s Day approaches on 8 March, we celebrate the rise and rise of female entrepreneurs. 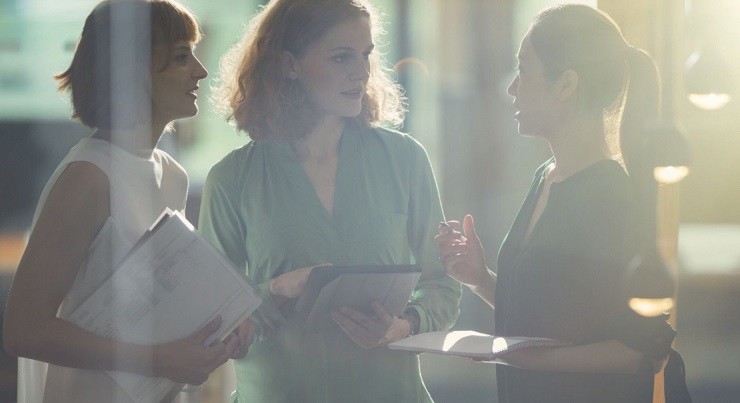 There are good reasons why more women are choosing to run their own businesses, including increased flexibility, the opportunity to follow their passions and the chance to bypass the “glass ceiling” that has traditionally been perceived as limiting women’s careers. Entrepreneurship also allows women to charge what they are worth, a significant advantage in a world where the gender pay gap is still 23%.[1] This pay gap rises sharply in many developing economies, where women are often starting their own businesses because of the high barriers they face to entering the formal labour market.

The United Nations Sustainable Development Goals include the ambition that there should be decent work for all. But, in 2020, less than half (46.9%) of all women participated in the labour force, down from 51% in 1990.[2] The Covid-19 pandemic has made existing inequalities worse, particularly in developing economies. Along with the millions of women who lost their jobs or were furloughed over the last year, a recent McKinsey study estimates that one in four women in developed economies are considering “downshifting” their careers leaving corporate roles, mainly because of the struggle to balance caring responsibilities with careers.[3] This worrying situation makes the growth of female entrepreneurship even more important in achieving greater gender equality and decent work for women.

The case for women entrepreneurs

Empowering women to work brings a multitude of benefits, including financial independence. For economies, it boosts productivity and drives growth. In fact, it is estimated that increasing women’s participation in the global labour force by 25% by 2025 could increase global GDP by US$5.3 trillion.

In the US alone, the number of women-owned businesses grew by 21% between 2014 and 2019, generating more than USD1.9 trillion in annual revenues.[5]

Yet female entrepreneurs face real disadvantages as entrepreneurs, largely due to existing biases. These include cultural attitudes about gender roles and women in leadership, lack of education and skills, business networks that tend to be male-focused, media portrayal of entrepreneurs and the availability of institutional and regulatory structures and support.

But the number one issue for women as entrepreneurs is limited access to finance. In the US alone, only 2.3 per cent of venture capital funding went to female-only founders in 2020.[7] There are a number of factors at play here: venture capitalists tend to invest in startups run by people with similar backgrounds. Research by Women in VC shows that only 5.6% of US venture capital firms are run by women and only 4.9 per cent of venture capital partners are women.[8] Another survey suggests that women may need stronger proofs of concept than their male counterparts in order to convince VCs to invest.[9] However, women can also be subject to their own biases and are more likely to self-select out of the credit market, believing that their applications will be denied.[10] As a result, women tend to build their companies using their personal finances or operating profit, which can constrain growth.

There are many ways that communities can support women entrepreneurs. In particular, women can be encouraged to explore different sources of funding that can fuel growth while maintaining equity ownership. The rise of crowdfunding also presents a new opportunity. A recent PWC report found that, globally, women are 32% more successful in reaching their funding targets.[11]

Venture capital firms (VCs) could also appoint more women, who might be likelier to invest in female-led businesses. VCs could also focus less on “unicorns,” which tend to be male-led tech startups and look instead for “zebras,” or firms that make a social impact as well as financial returns. These zebras are less likely to fail, reducing volatility for overall investment portfolios.[12] Of the world’s social entrepreneurs, an estimated 45% are female, meaning that women are more likely to be running this kind of business.[13]

Role models are vital to the growth of female entrepreneurship. While there are plenty of high-profile female business leaders to learn from, women can support each other by forming local networks and mentoring programmes. Of course, both men and women can play their part by buying from female-owned businesses, funding women entrepreneurs and including women in their networks.

Governments also have their part to play. Singapore, for example, is embarking on a comprehensive review of issues affecting women to bring about a mindset change on gender equality and respect for women.[15] Governments can also implement accelerator and incubator programmes, provide grants, micro-finance and training programmes that target female-owned businesses. They can also encourage women’s participation in Science, Technology, Engineering and Mathematics (STEM) fields, where women are under-represented.

As we begin to emerge from the pandemic, it is clear that we must build more equal, inclusive and sustainable economies. We all have our part to play in supporting women entrepreneurs and encouraging governments to build gender-responsive economic and social policies. This will allow us all to rebound with stronger, sustainable and more equitable growth.

The Rising Tide of Sustainable Investing Amongst Millennipreneurs