In an environment of low yields offered in euro terms coupled with upside potential, a positioning in the Norwegian krone (NOK) or Swedish krona (SEK) represents an opportunity for additional returns for euro-based investors.

Emerging Market currencies have already borne the brunt of the anticipated depreciation and appear attractive for dollar-based investors. 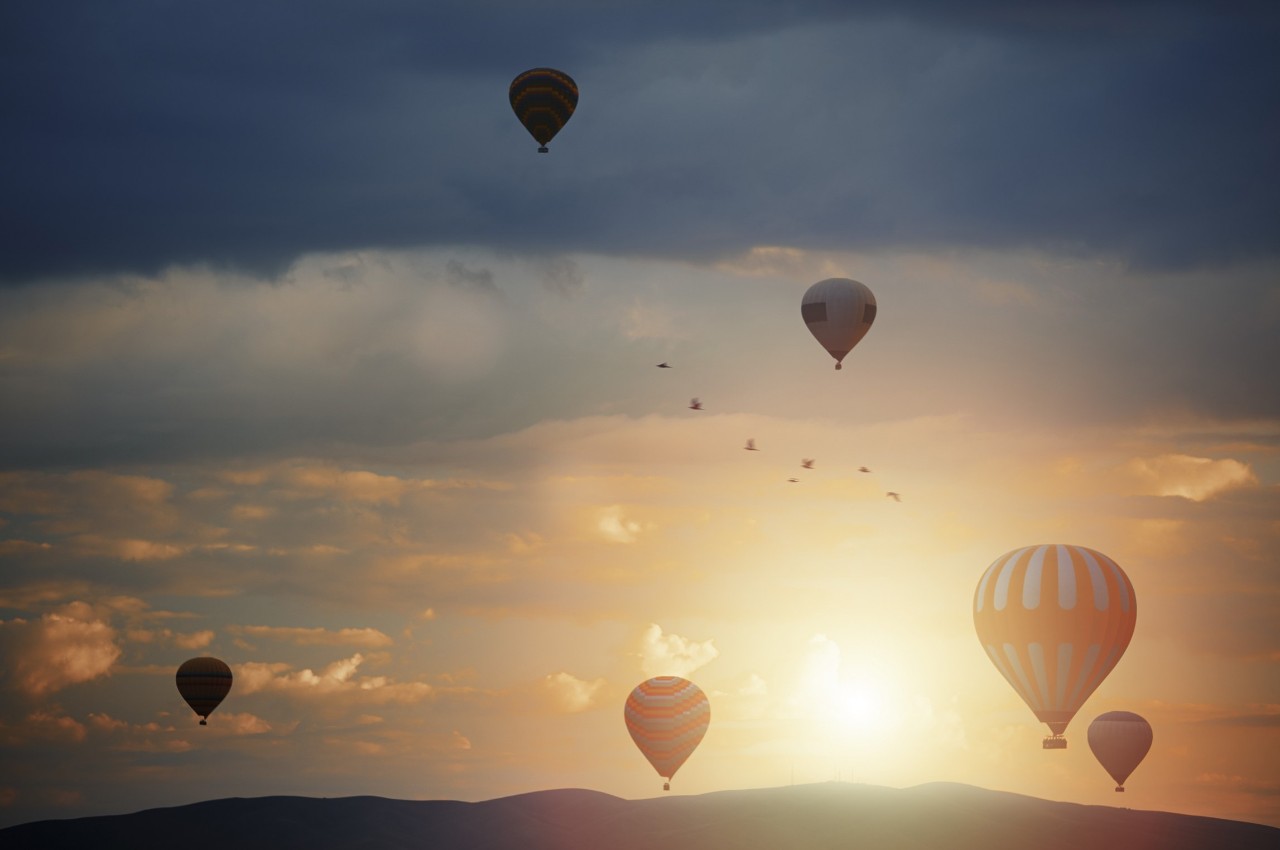 The Norwegian krone and Swedish krona for euro-based investors

Owing to geopolitical tensions and the reluctance of central banks to raise their interest rates before summer 2018, the Nordic currencies have delivered a relatively dismal performance over the past 12 months.

However, the central banks of Norway and Sweden plan to raise their key rates in 2019. Interest rate hikes are expected to start in Sweden in early 2019, while the Norwegian central bank began its monetary policy tightening in September 2018. Less accommodative monetary policies should underpin the Norwegian krone (NOK) as well as the Swedish krona (SEK) via more attractive rate differentials. Moreover, these rate hikes, occurring well before those of the European Central Bank, have the potential to see the NOK and SEK appreciate by about 5-6% during this year.

Furthermore, the appreciation of the SEK and NOK should be supported by the health of the Swedish and Norwegian economies. Both should continue to grow at a decent rate, while inflation will remain close to central bank targets.

In addition, the expected rise in oil prices will offer significant support for the NOK (our forecast for the Brent crude oil is between $65 and $75). The NOK, which has been de-correlated temporarily, is likely to benefit from higher oil prices via the impact of oil exports on the current account.

Finally, both NOK and SEK appear to be broadly undervalued relative to their countries’ economic fundamentals. Thus, our valuation of the Norwegian krone is about 8.90 and 9.70 (value of one euro) for the Swedish krona, a deviation expected to decrease in the coming quarters.

The US dollar appreciated in 2018, driven by intensifying trade pressures while President Trump's economic reforms allowed the American economy to extend its economic cycle. The Federal Reserve's monetary policy also bolstered the greenback while the euro suffered from political uncertainties in the eurozone.

However, the US dollar should change direction and depreciate in 2019.  Indeed, the US is close to the peak of the economic cycle, while tax reforms should start to have a softer impact on the economy. Moreover, public finances suffered from these measures, with the public deficit and government debt expected to widen as a result.  On the other hand, many developed and Emerging Markets still have room for manoeuvre before reaching a peak in economic growth. Finally, although two rate hikes are expected in the US in 2019, the markets appear to have priced in these two events. Thus, a more restrictive monetary policy at the end of 2019 should not have a major impact on US sovereign bond yields or reduce their attractiveness.

Conversely, the start of the rate hike cycle in other developed countries should have a significant impact on bond yields and their potential to redirect global capital flows away from the dollar. The prospect of a weakening dollar is particularly likely against Emerging Market currencies.

The resurgence of Sino-American tensions in the middle of the year, followed by fears of contagion of the situation in Turkey and Argentina to other Emerging Markets in August, hurt all Emerging Market currencies (see chart). In addition, the deceleration in the Chinese economy raised fears of a rapid and substantial impact on economic momentum across Emerging Markets. Political uncertainty ahead of the elections in Brazil and Mexico temporarily weighed on Emerging Market currencies.  In this context, principally the currencies of countries with a double deficit (fiscal deficit and current account deficit) suffered the most.

A convergence of economic growth between developed and Emerging Market countries, along with trade tensions and higher interest rates in the US, are sources of caution. However, these fears are probably priced in by the markets and well anticipated by investors. Pressure from the rate hike cycle in the US is expected to be lower in 2019 than in 2018 and judging from economic fundamentals, Emerging Market currencies seem to have borne the brunt of the depreciation. Finally, the risk of a contagion of the situation in Turkey and Argentina declined sharply, with their respective economies embarking on a stabilisation path. Emerging Market currencies look undervalued against the dollar. The speed of normalisation is a major unknown. 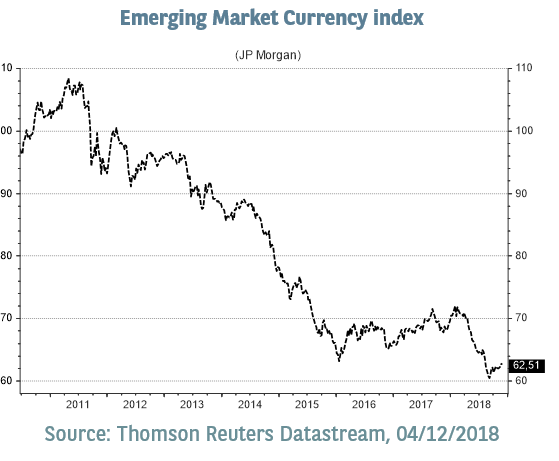