Playing a part in the efforts to make society more sustainable is a key challenge across the globe. Thanks to the rising awareness of society and the mobilization of stakeholders across the board, the topic has become a global priority for governments, citizens and businesses. 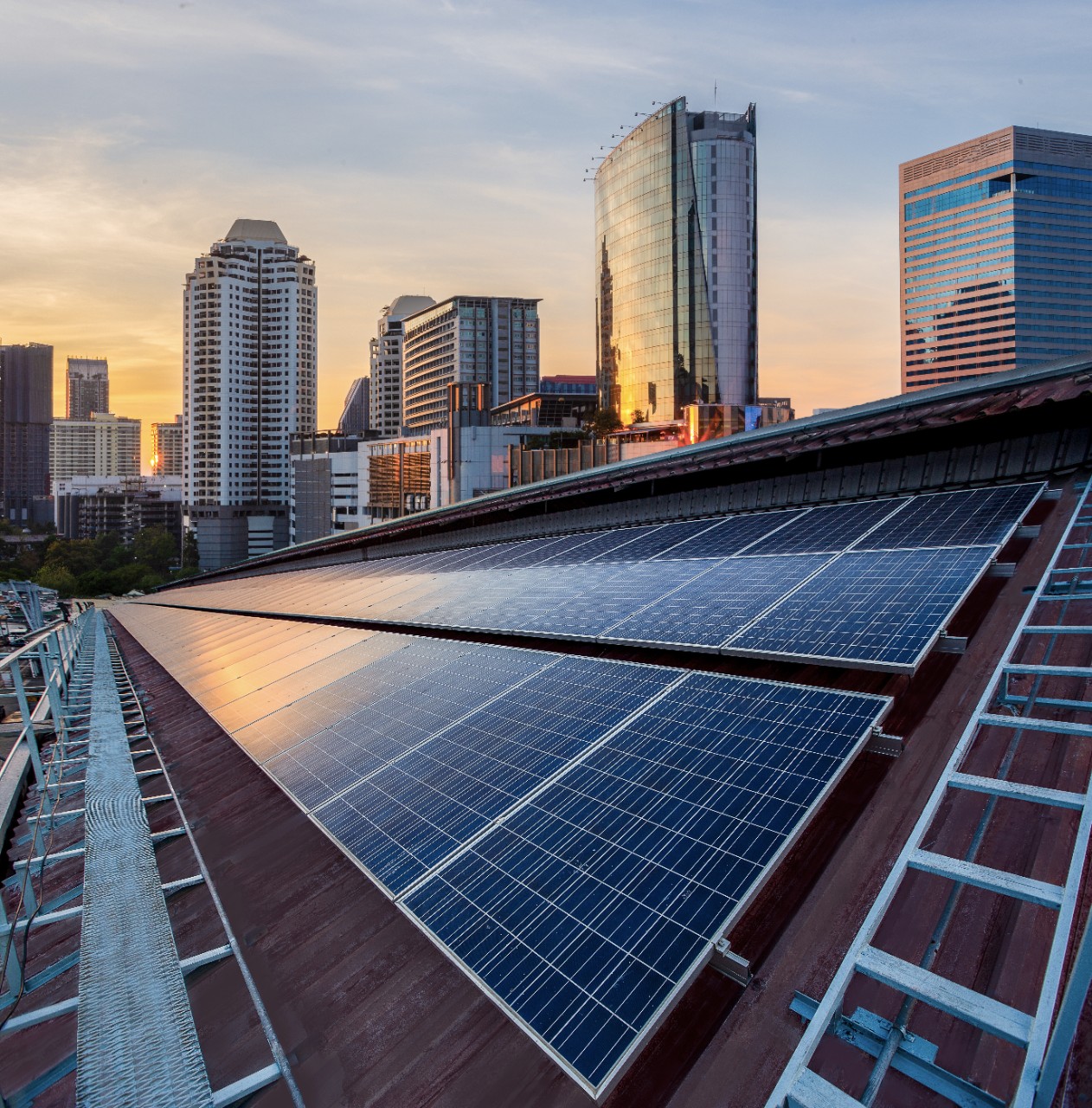 The recently released BNP Paribas Global Entrepreneur Report 2020 Part III highlights the genuinely important role that Elite Entrepreneurs globally are playing in that effort. The wealthy entrepreneurs polled in the report have pointed out that they were 70% more willing to invest sustainably in 2020 than in 2018. Such an evolution in mindset is staggering and illustrates a wider mobilization. Speaking in entrepreneurs’ terms, such an acceleration of a trend is similar to the “S Curve”, often characteristic of widespread adoption for a new product or service, and indicates a change in paradigm. Global players have realized how important the transition to a more sustainable future is, and an increasing number of actors are joining the movement.

The Global Entrepreneur Report 2020 provides some key insights into the current state of mind of investors with regards to sustainability but also about the key steps remaining to transform this rising wave into an unstoppable tide. It also provides an interesting light on the residual differences in perspectives between regions and countries.

For example, only 17% of entrepreneurs polled globally are not interested in sustainable investments. Even in the USA where the number is higher, the proportion of respondents’ admitting they are not interested increases only to 23%. This means that across the globe, more than three quarters of entrepreneurs either already own sustainable investments or are interested in them. This demonstrates a widespread readiness on par with what we have seen in other critical societal changes, like the adoption of online business models at the end of the 90s.

Despite this rising tide, there are still significant residual differences between countries. While in the Netherlands, 97% of respondents already own sustainable investments and 3% declare not being interested, other countries show a widespread interest but lower adoption rates. In the USA for example, 51% of entrepreneurs polled already own these investments but a total of 26% either do not have access to them or would want to find out more about it. The situation is similar in Germany and Italy for example, where, respectively, 53% and 52% already own sustainable investments but 34% and 39% either do not have access to these investments or need more information about it despite their interest. 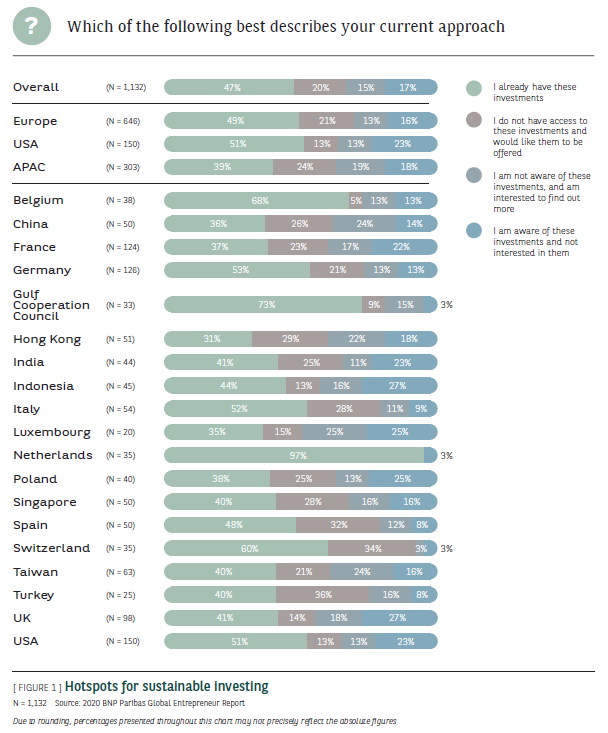 Such numbers demonstrate the fact that despite sustainability and sustainable investments being top of mind for entrepreneurs, some work remains to be done to ensure that entrepreneurs transform their interest into action.

In that context, private banks have a key role to play. Clients need to be offered more opportunities to invest and advisors need to play a role in ensuring information is being presented clearly and succinctly to foster adoption of these investments. That is one of the key drivers behind BNP Paribas Wealth Management unique “Clover methodology” providing a simple and clear rating of the degree of sustainability of investments clients can access through the bank.

The appetite for sustainable investments has become widespread. The responsibility is now on banks and advisors to help transform this interest into widespread adoption. 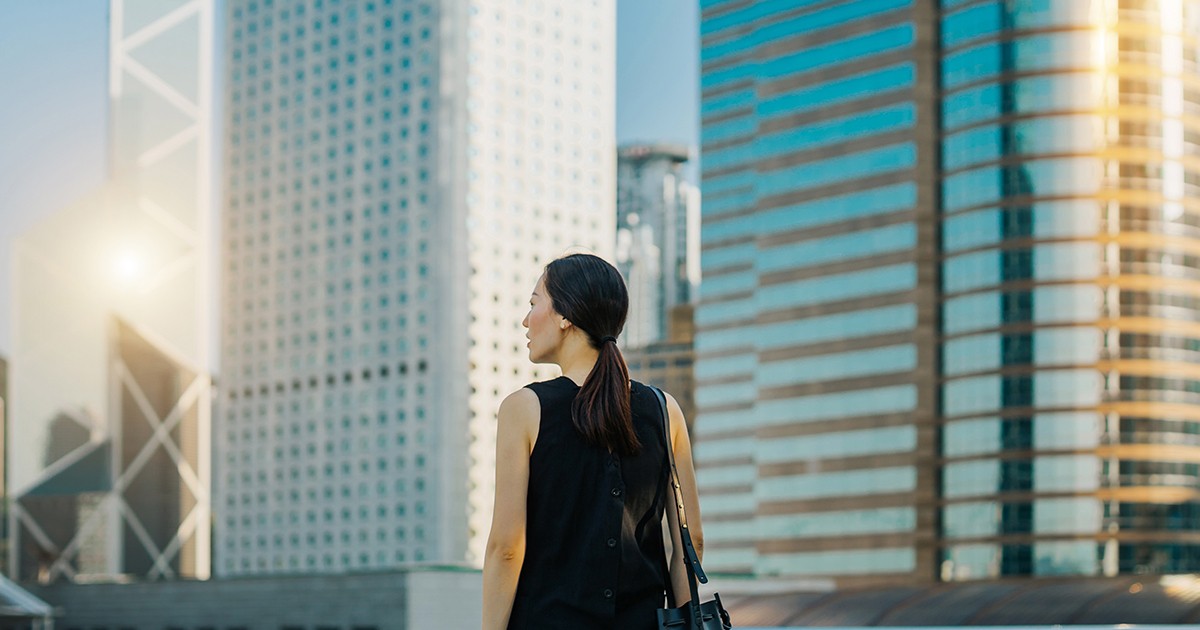 The 2nd part of the 2020 Global Entrepreneur Report: key data 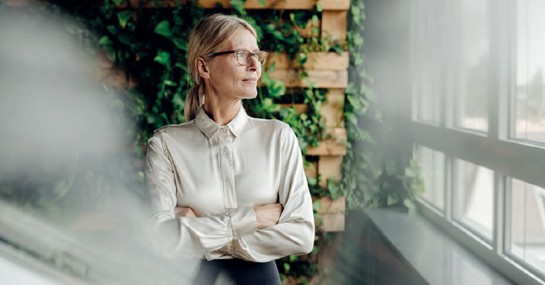 The 3rd part of the 2020 Global Entrepreneur Report: key data 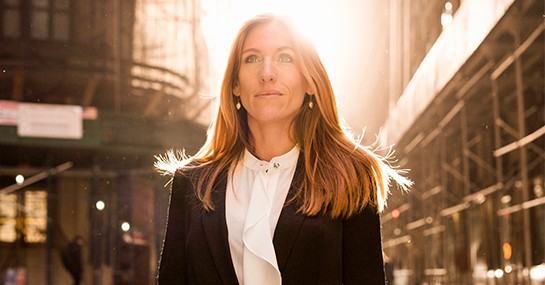 Discover our soutions for Entrepreneurs