Women continue to be wary of investments, especially in Europe. Female investors, however, pay more attention to the social and environmental impact.

At the beginning of the year, BNY Mellon published the findings of a survey on women's investment behaviour. The management company interviewed 8,000 women in 16 representative countries. The first takeaway of the survey is that women remain wary of financial markets. In Continental Europe, the confidence level varies between 18% and 25%. Elsewhere in the world, the average is a little higher: 41% in the US and 47% in India. The report explains these differences by: 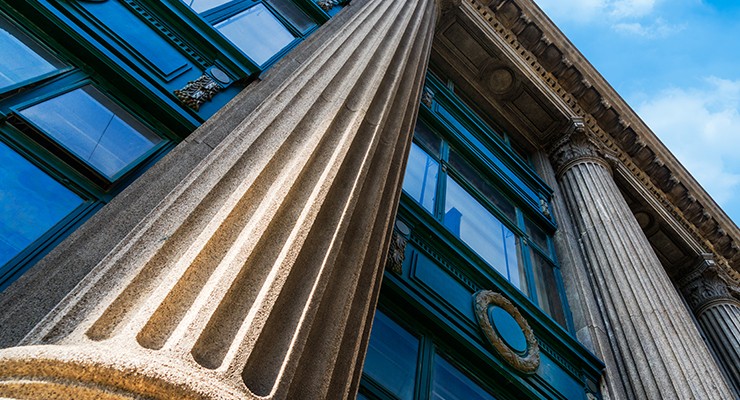 "The second barrier is the belief that investments are much riskier than other solutions such as savings or real estate." 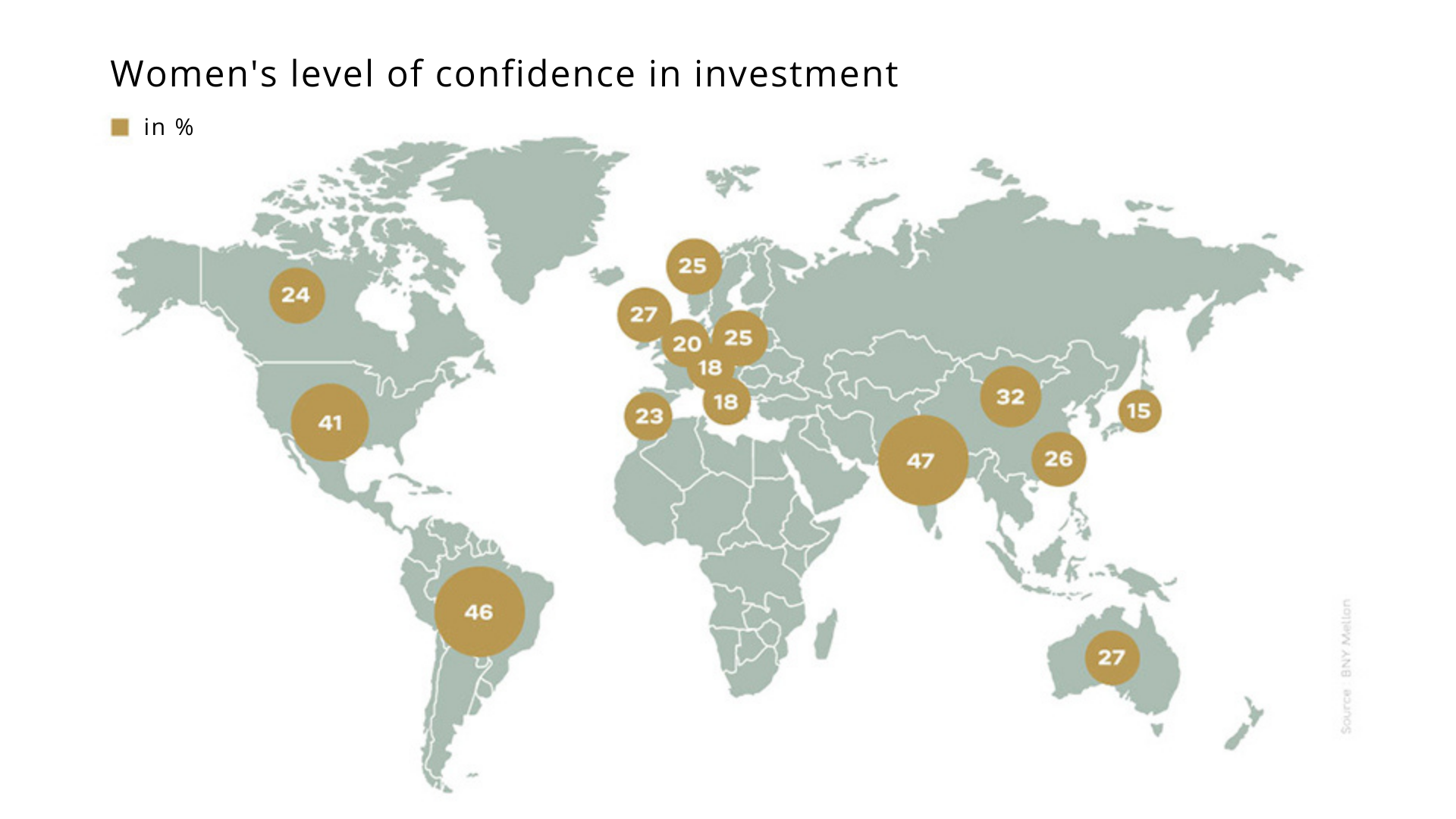 2.           The second is the belief that investments are very risky compared with other solutions, such as savings or real estate. This myth is still holding back many potential investors.

3.           The third obstacle is what BNY Mellon calls the “engagement crisis”. Just 1 in 10 women say they are comfortable investing their money. The report thus highlights the need for better communication to boost confidence.

An opportunity for the world

It is estimated that aligning the investment rate of women with that of men would lead to an additional $3,220 billion in investments.  Of this amount, no less than $1,870 billion would be earmarked to responsible investments that favour the environment.

Women generally invest in meaningful projects in line with their values. Moreover, they like to know the impact their investments are having, particularly on women's autonomy and the sustainability of the economy. An increase in the proportion of female investors would therefore have a positive impact on women's personal wealth as well as on environmental and social issues. 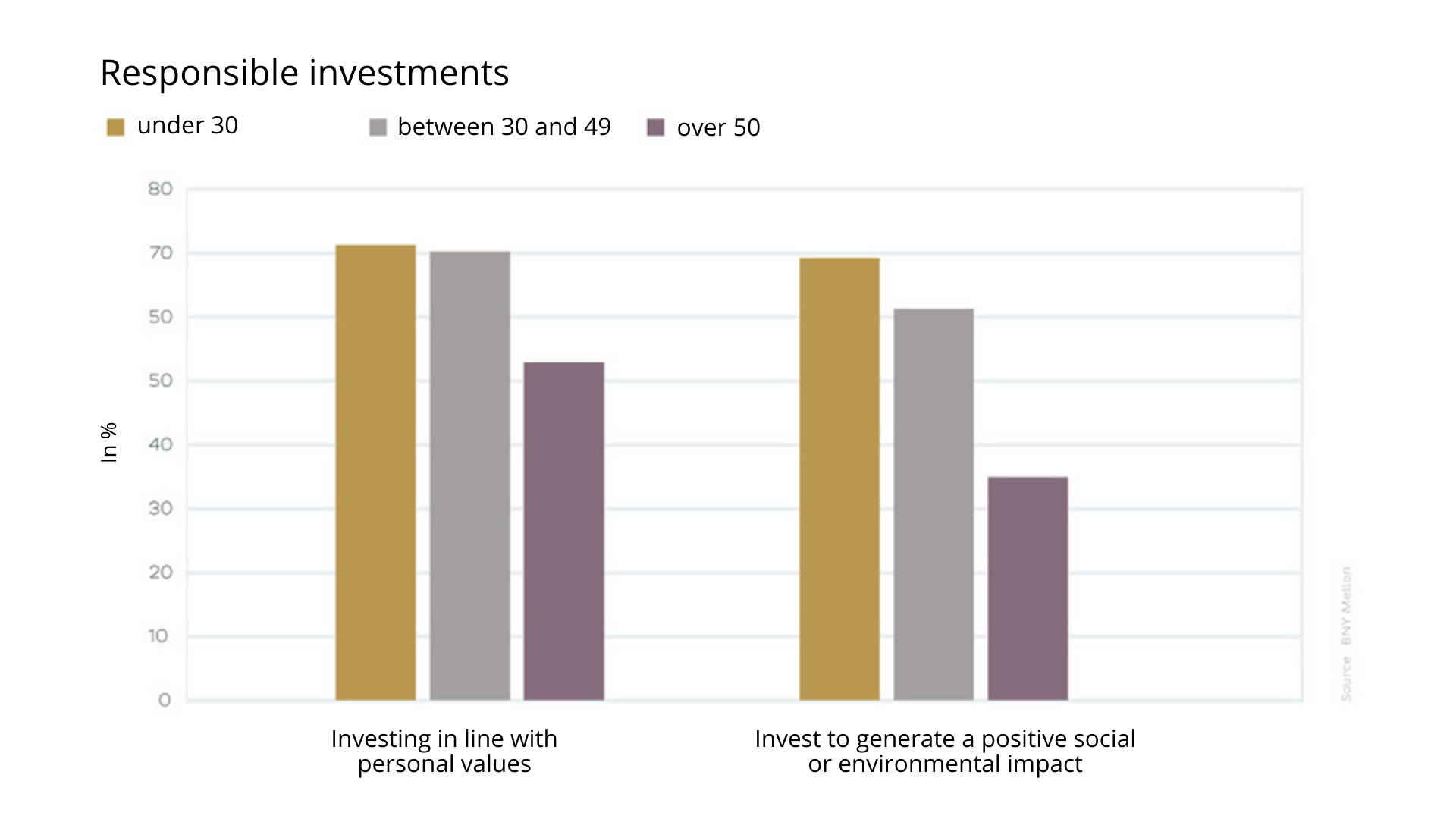 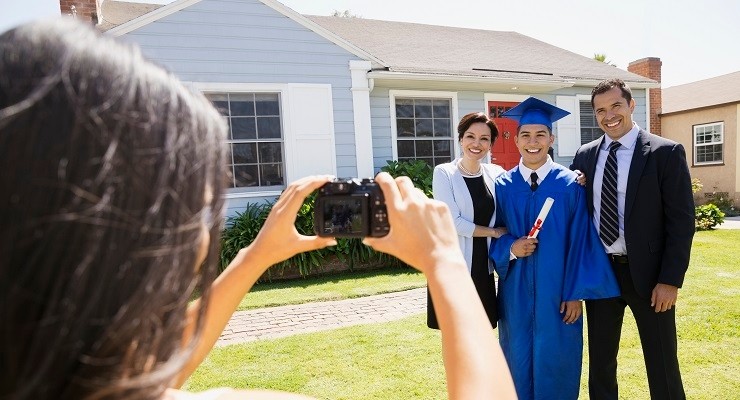 "Improving women's financial education is an option, but it is not enough. There is also a need to rethink diversity in financial markets."

Improving women's financial education is an option, but it is not enough. There is also a need to rethink diversity in financial markets. For example, most educational and commercial material promotes traditionally male concepts such as risk, performance, sporting metaphors, etc. Women (and many men) do not identify with these notions/images.  Women are more attentive to having a social impact and adhering to their values. The primary concern, according to the BNY Mellon report, is financial independence.

The functional economy for smart consuming