The expectation that political and economic uncertainties will persist leads us to turn negative on equities in the short term and neutral in the medium term. 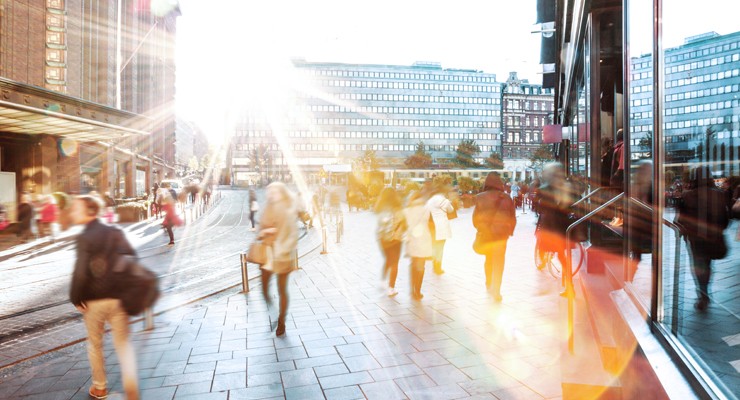 This is reflected in a downgrade of our opinion to neutral on China, and by extension, on Emerging Markets. In terms of sector approach, we are now negative on Industrials and - tactically - neutral on Financials.

Adoption of a negative view in the short term......

We do not share the optimism of those who expect an announcement of a trade agreement between the United States and China during the G20 meeting taking place on 28-29 June in Osaka.  Recent rhetoric prevents both sides from finding common ground in such a short space of time. We do, however, anticipate a commitment on their part to pursuing talks. Political uncertainties are also affecting other parts of the world, such as Europe with issues surrounding Brexit and Italy.

Moreover, stock market performance is closely correlated with that of purchasing manager indices. Various indicators suggest that a positive turnaround in these indices is not imminent. This argues for caution in the short term.

Seasonality is another factor justifying this caution. According to data for the US stock market dating back to 1950, an analysis of the performance of a stock market investment after 6 months shows that May is the worst time to take a new position in the stock market, followed by April and June.

The combination of continued political and economic uncertainty and unfavourable seasonality prompts us to take a negative view in the short term.

... and neutral in the medium term

The relationship between the risk and the potential of a stock market investment is not attractive in the current circumstances.

The upside potential is constrained by valuations that already reflect a lot of positive expectations and very modest earnings prospects. Although the consensus has cut its earnings growth projections by half in just a few months, there is still a risk of another revision to the 4% growth currently reported for 2019. Expectations for 2020 (at +10.5%) seem exaggerated to us and they should be corrected as soon as the next reporting season starts in July.

Do we expect a significant decline in stock markets? No. The expected commitment of China and the United States to continue the dialogue, the cautious stance of investors and President Trump's use of the stock market as a barometer of his success are reducing downside risks. The Federal Reserve has also just announced that it is ready to cut interest rates if this proves necessary.

The mix between very little upside potential and the existence of significant political and economic risks (even though we do not expect them to materialise) argues for a neutral view on stock markets in the medium term.

We downgrade our opinion on Emerging Markets to neutral

Based on our new central scenario, which includes continued political uncertainty for several months, we have reviewed our opinion on the Chinese stock market. So we downgrade it to neutral because we anticipate higher price volatility and a risk of eroding business confidence and earnings growth.

Given the large weight (one third) of China in the EM index, we reduce our view on EM to neutral.

We continue to downgrade our view on industrials. This view becomes negative after the sector's rerating and the deteriorating environment, both in terms of costs and the outlook for infrastructure and equipment investment.

Financials have suffered a tactical downgrade to neutral to reflect our lower target prices on government bond yields and the impact of a more uncertain economic environment on activity.  The sector nevertheless remains cheap and dividends are attractive.

What are our favourite stock market investments in this context?

We are not changing our preferences within developed equity markets. They remain the eurozone, where there is overdone pessimism, and Japan, which offers the potential for a re-rating.

In emerging markets, South Korea remains attractive, thanks to its low valuation and low consensus expectations, as well as Singapore, which has a high dividend and attractive valuations. We have turned positive on India after the election which gave Prime Minister Narendra Modi a strong mandate to accelerate reforms.

Our sector preferences are Pharma, Real Estate (excluding the UK) and, in the eurozone, Energy and Telecom Equipment.

Finally, we prefer large-cap stocks to small- and mid- caps.

We do not yet anticipate the end of the bull market, but the next few months are likely to see high volatility and the risks are high. Capital preservation dominates our decisions.