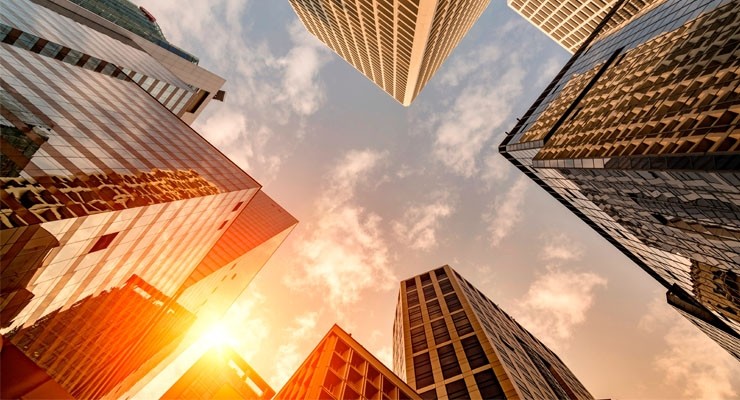 Trade headlines sent positive signals. Global uncertainty subsided and fears of recession receded. The latest manufacturing PMIs showed that the global economy probably reached a bottom. This might hint a better outlook for the next year. We remain cautious on the AUD and the NZD due to expected further monetary easing and the subdued outlook for commodity prices. Regarding Brexit, the EU granted an extension of the A50 until January 31 and risks of hard Brexit remain low. Current NOK and SEK valuations are quite puzzling. The global sentiment seems to have weighed on the currencies despite positive fundamentals. We removed our positive recommendation on both currencies given the lack of visibility.

The improvement of the risk factors has been the main driver of the US dollar weakness in October. This sent the euro to a two-month high, breaking 1.11. The ECB monetary meeting outcome was broadly the same than in September. On the US side, the Fed cut rates by 25 bps as broadly expected but signaled a pause as further easing will be data dependent. We expect two more rate cuts next year. Concerning the fiscal policy in Eurozone, we anticipate a moderate stimulus. The response from both monetary and fiscal authorities should pull the economy back from the brink in 2020. We keep our target at 1.12 on a 3-month horizon. Near term, our belief of a weaker USD mainly relies on the decelerating US activity, the overvaluation of the greenback compared to the fair-value (PPP), 1.30 approximatively and the fall in the yield differential. Furthermore, the US current account deficit remains high implying more risks for the USD. We forecast that the EURUSD will trade around 1.14 over the next 12 months.

The Swedish krone slightly weakened in October. Fundamentals remain supportive despite some signs of slowdown. The central bank left interest rates unchanged over the last meeting but hinted the possibility of a hike in December which might be a source of rally. External headwinds will however limit the appreciation potential of the Swedish currency. We see the SEK slightly weaker compared to our previous target over the next 3 months. We expect 10.60 instead of 10.50 (value of 1 euro). The growth and the 2-year yield differential should remain in favour of the Scandinavian country. Hence, we continue to see the SEK slightly stronger near term. We expect the EURSEK to reach 10.50 (10.20 expected previously) over a 12-month horizon. The SEK has not evolved in line with fundamentals over recent months. We remove our positive stance and turn to neutral.

The Norwegian krone kept falling in October and hit a new record low level even though the general risk sentiment improved. Despite some signs of growth slowdown, the Scandinavian economy remains resilient and evolved broadly in line with the central bank expectations. Unsurprisingly, the central bank kept interest rates on hold. We are somewhat puzzled to see the krone weaken in this environment. Typical drivers are not sufficient to support the currency. Thus we became more cautious short term and revise our positive recommendation to neutral at this stage. Moreover, year-end seasonality has proved negative for the NOK on a historical basis. In this context, we adjusted our 3-month target. We lowered our EURNOK target to 10.20 instead of 9.60. We continue to see further appreciation near term as we believe that the Norwegian economy will resist and the bond yield differential will remain supportive. However, we see less appreciation potential and revised down our 12-month target to 9.80 from 9.40

The Australian dollar is recovering as positive news on trade war and Brexit as well as the Fed rate cut fueled the AUD rebound. Domestic figures hold up well. Housing prices are bouncing in the biggest cities. This might confirm the ‘gentle turning point’ highlighted by the central bank. In this context, the central bank held up interest rates as expected, after cutting rates 3 times this year, and signalled more easing if necessary. For the short term, we think that the AUDUSD should trade around current levels 0.69 (value of 1 AUD) based on stabilization of the domestic momentum. However, we still expect a monetary easing next year against a backdrop of low global growth. This could keep the AUD under pressure. Hence, we see a moderate appreciation potential and revised down our 12-month target from 0.72 to 0.70.

After a major drop this summer, the New Zealand dollar recorded a positive performance in October. The kiwi has been shored up by an improvement in risk sentiment on the back of a clearer timetable of the Brexit saga since approved general elections and the de-escalation of trade tensions. Economic data stabilized. Low confidence seems to have improved recently. Markets lowered the probability of a third rate cut in a year over the next meeting (66% from more than 80%). The recovery potential seems limited as the small opened economy highly depends on Chinese demand. Thus we think that the kiwi has less appreciation potential than previously anticipated. Our new targets are 0.64 (instead of 0.65) on a 3-month horizon and then 0.66 (instead of 0.68) over the next 12 months.