﻿The NOK is trading at historically low levels given the uncertainties weighing on the global environment. The strength of the Norwegian economy and the divergence of monetary policy with the main central banks support our assumption of a strengthening in the medium term. 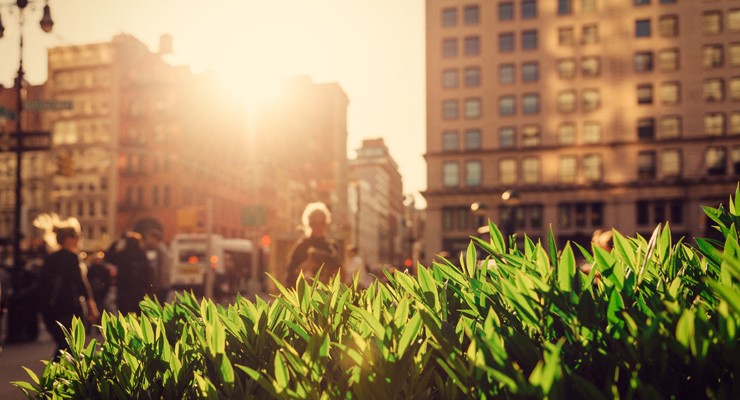 Compared with the eurozone which is struggling to revive growth, the Norwegian economy remains resilient and is expected to accelerate this year to around 2.5%, a much higher rate than the eurozone. The rise in oil prices in the first four months of the year resulted in a revival of investment in the Norwegian oil industry. The country's external position has remained strong, particularly thanks to a weak currency and a robust labour market. Higher wage growth expectations for 2019 and core inflation kept above the central bank's target (2.5%) have paved the way for four rate hikes over the past 12 months, pushing the policy rate to 1.5%. This monetary policy tightening is against the current trend, in a general context of lower rates. Overall, the risks remain quite balanced. However, trade tensions between China and the US, depressed global growth and fears of a hard Brexit could have a negative impact on the Norwegian export sector. As far as the domestic market is concerned, the sharp rise in house prices and growing household debt are expected to stabilise thanks to higher interest rates

Will the NOK benefit from the divergence in monetary policy?

For the fourth time, the Norges Bank (Norwegian central bank) raised its key interest rate on 19 September, in line with market expectations. Thirteen months after the central bank decided to tighten monetary policy, Governor Olsen's speech suggested a pause. Indeed he is no longer planning another rate hike in view of the greater uncertainties weighing on the global economy. The Norwegian currency, thus far, seems to be barely sensitive to the widening interest rate differential with the ECB and the Fed, which have already undertaken monetary easing measures.

While we expect three Fed rate cuts over the next 12 months and anticipate that the ECB will maintain a policy of monetary stimulus, a widening yield differential should be a key support for the NOK.

The difference in interest rates, especially for real interest rates (i.e. after inflation), has been a good indicator of currency movements. At 1.5%, yields on Norwegian bonds are set to become the most attractive among G10 countries, thus representing a supporting factor for the krone. Moreover Norway is one of the few European economies to have maintained its AAA rating on sovereign debt.

Is the price of Brent still guiding the NOK?

The price of Brent has sometimes been used to explain movements in the Norwegian krone. However, the correlation is no longer so apparent. The gradual rise in the Brent price seen between June 2017 and October 2018 was not followed by a strengthening of the NOK. During the recent period, it would appear that the correlation has been temporarily negative, making the reasoning counter-intuitive.

Based on historical data, the Brent price/NOK correlation is not very clear. The NOK seems to react more strongly to a fall in the price of Brent than to an increase. The markets therefore appear to be more responsive to a slowdown in the oil price, anticipating possible difficulties for the Norwegian oil sector. The fall in the price of Brent in 4Q18 was concomitant of the NOK’s decline of more than 6%.

Against a backdrop of geopolitical tensions and imposed quotas on global production that is expected to keep the price of Brent at around current levels ($60-70/b range), we believe that the oil price will remain a secondary explanatory factor for NOK movements.

We remain positive on the NOK

The gradual decline in the NOK towards historically low levels appears to have been decorrelated from fundamentals and fuelled by market jitters about the global environment. We expect the NOK to strengthen on the back of the growth and interest rate differential with the eurozone. The EUR/NOK pair is expected to reach 9.60 in 3 months and 9.40 in 12 months.