Business ownership transfer is never easy for any entrepreneur, but planning ahead and taking professional succession advice will ensure a smoother transition. 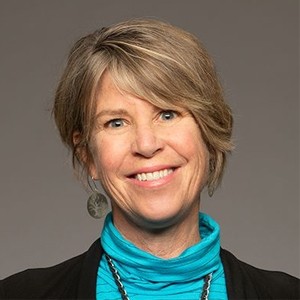 Today’s entrepreneurs must start formulating their succession plan at least five years in advance of handing over control, while some advisors recommend sketching out an exit strategy before even launching a business.

Whatever the exact timing, preparation is essential if business owners are to escape the old truism of “shirtsleeves to shirtsleeves in three generations”, as Deena Giltz McCullough, President & CEO of New York’s Northern Insuring, explains.

“We work with some great people from outside the company to help with our strategic planning,” says Deena. “We have a strong team who we can really trust.”

That tallies with the 2019 BNP Paribas Entrepreneur Report, which surveyed 2,763 business owners in 23 countries. Among respondents, 92% said they would value succession planning from their wealth managers to prepare the next generation.

Among business owners planning to exit their business this year, 44% told BNP Paribas Wealth Management that they most need advice on sourcing the right talent to manage the firm, while 33% need guidance on valuing their company.

Succession planning is a key issue of concern for entrepreneurs, with 53% of those questioned by BNP Paribas Wealth Management believing their successors are not yet ready to take over their responsibilities, while 13% have not even identified a successor.

“Regardless of the age, size and complexity of a family business, open communication and time are core to a successful transition,” says Elizabeth Bagger, Executive Director at Britain’s Institute for Family Business. “We always say to people, think of succession planning as a process, not an event. The earlier you start the better.”

LEARNING FROM PAST MISTAKES

For Deena, that process began in 1985 when she joined Northern Insuring, which has been owned by her family since 1941.

Deena worked in several of the company’s divisions before finding her niche in sales, steadily expanding her expertise and experience so that by the early 1990s she was running the day-to-day business, responsibilities that her father, Rod, had groomed her for.

This forward-thinking was influenced by the sudden death in 1985 of her grandfather, E. Glenn Giltz, who had run the firm until almost the day he died.

“My dad saw that that transition hadn’t worked well, and he was very clear that I was going to be the next president,” says Deena, 56, who became company chief in 2008.

Her father began transferring the maximum stock allowed to Deena and her brother, Randy, who is a Senior Vice President at Northern Insuring.

Today, the firm has 35 employees in three locations and annual revenue of around $4.3 million, while a fourth generation, Deena’s son Collin, joined 18 months ago. Currently a Marketing Associate, Collin, 28, could eventually succeed his mother, although that has yet to be decided, while Rod, 81, is company chairman and remains a strong influence.